As pandemic rages on, analysis finds 1 in 5 people in U.S. prisons infected with COVID

Rights advocates have urged state, local, and federal officials to release vulnerable inmates during the pandemic 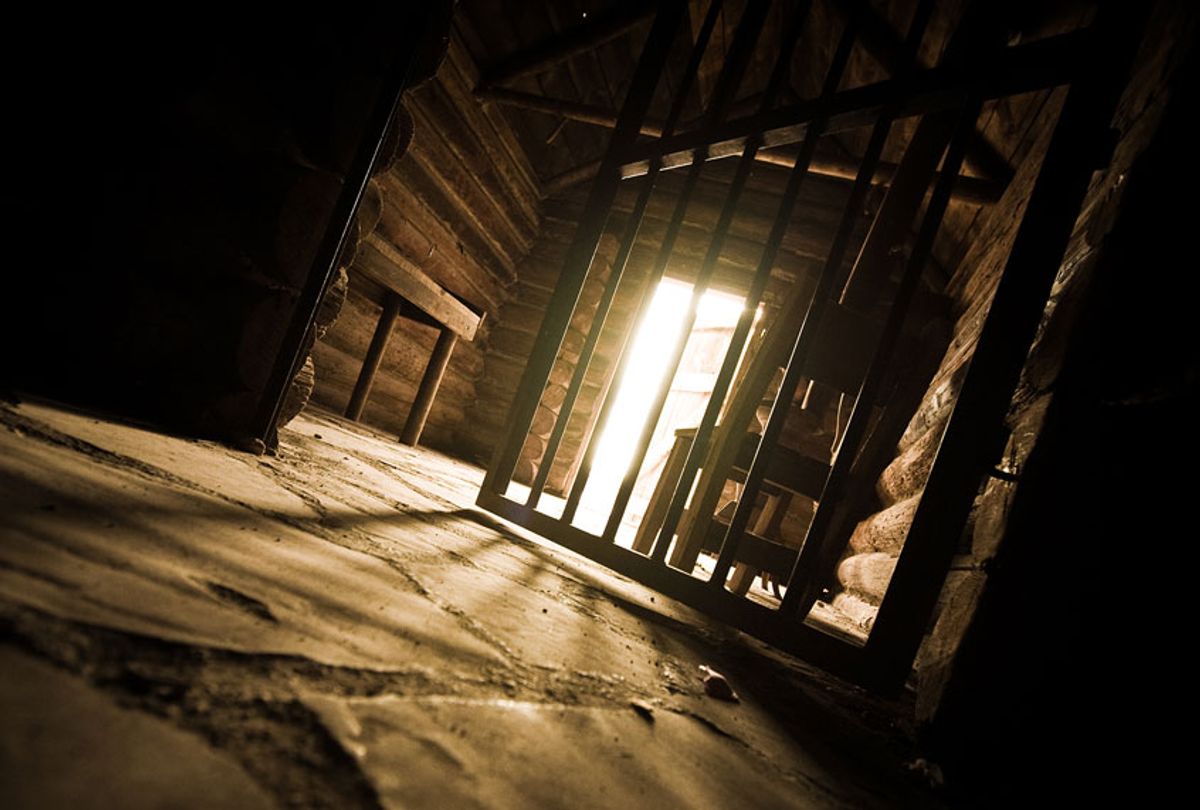 Amid swelling calls to reduce the nation's incarceration rates in light of the ongoing pandemic, The Marshall Project and The Associated Press released a new analysis Friday finding that one in five state and federal prisoners has tested positive for COVID-19.

That rate is "more than four times as high as the general population," the analysis noted. More than 1,700 prisoners have died from the virus, the data also showed.

So far, they found, at least 275,000 prisoners have been infected with the virus — though the tally is likely an undercount.

The analysis cites Homer Venters, former chief medical officer at New York's Rikers Island jail Homer Venters, who said, "I still encounter prisons and jails where, when people get sick, not only are they not tested but they don't receive care."

Included in the analysis are 24 state prison systems that had even higher rates than one in five. In South Dakota, for example, three out of five prisoners have been infected with COVID-19 — the highest rate. Arkansas had the second highest prisoner infection rate, with four of every seven having tested positive.

Racial disparities in the nation's criminal justice system compound the disproportionate toll the pandemic has taken on communities of color. Black Americans are incarcerated at five times the rate of whites. They are also disproportionately likely to be infected and hospitalized with Covid-19 and are more likely than other races to have a family member or close friend who has died of the virus.

Human rights groups and public health experts have been urging states to roll out plans for the early release of prisoners. Calls began as early as March for compassionate releases. The months since have seen soaring infection rates and prison officials being accused of mishandling the response to the virus and denying basic necessities to stop its spread.

Over 200 health experts this month said that prison population reductions "would save lives and help limit the spread of the virus to communities nationwide."

"Physical distancing is unattainable in overcrowded and unsanitary carceral facilities, making viral outbreaks especially likely among a population with disproportionately high numbers of people who are medically vulnerable," the group wrote.

The pleas for early releases, however, have largely fallen on deaf ears.

"In the first three months of the pandemic, more than 10,000 federal prisoners applied for compassionate release," The Marshall Project and AP found. "Wardens denied or did not respond to almost all those requests, approving only 156 — less than 2 percent."

The new figures on COVID-19-infected prisoners align with those of the ACLU, which warned back in April that the nation's "unique obsession with incarceration has become our Achilles heel when it comes to combating the spread of COVID-19."

The ACLU has accused local and state officials of failing to take adequate measures to reduce the spread of the virus in jails. And in October, the right groups sued the Trump administration to demand "the immediate release of improperly withheld agency records related to federal government's failed response to the spread of COVID-19 in prisons in jails."

The ACLU, along with the UCLA School of Law's Prison Law and Policy Program, has been maintaining a "death by incarceration" database.

According to that tool, which covers state, federal, and local jails, as well as ICE detention facilities, there have been 266,993 COVID-19 cases and 1,778 virus-related deaths.

In the U.S. more broadly, the virus also continues its grip, even as vaccines are being given to healthcare workers this week. According to data from Johns Hopkins University, the U.S. has had over 17.2 million cases and over 311,000 deaths. "The country's average number of daily cases across a week was 215,729 on Wednesday," CNN reported, a figure that's "more than three times what the daily case average was during a summer peak in July."