How to make a Boulevardier, a delicious bourbon Negroni with a high-flying backstory

Plus, the story of the American who became a Parisian bon vivant and inventor of the cocktail 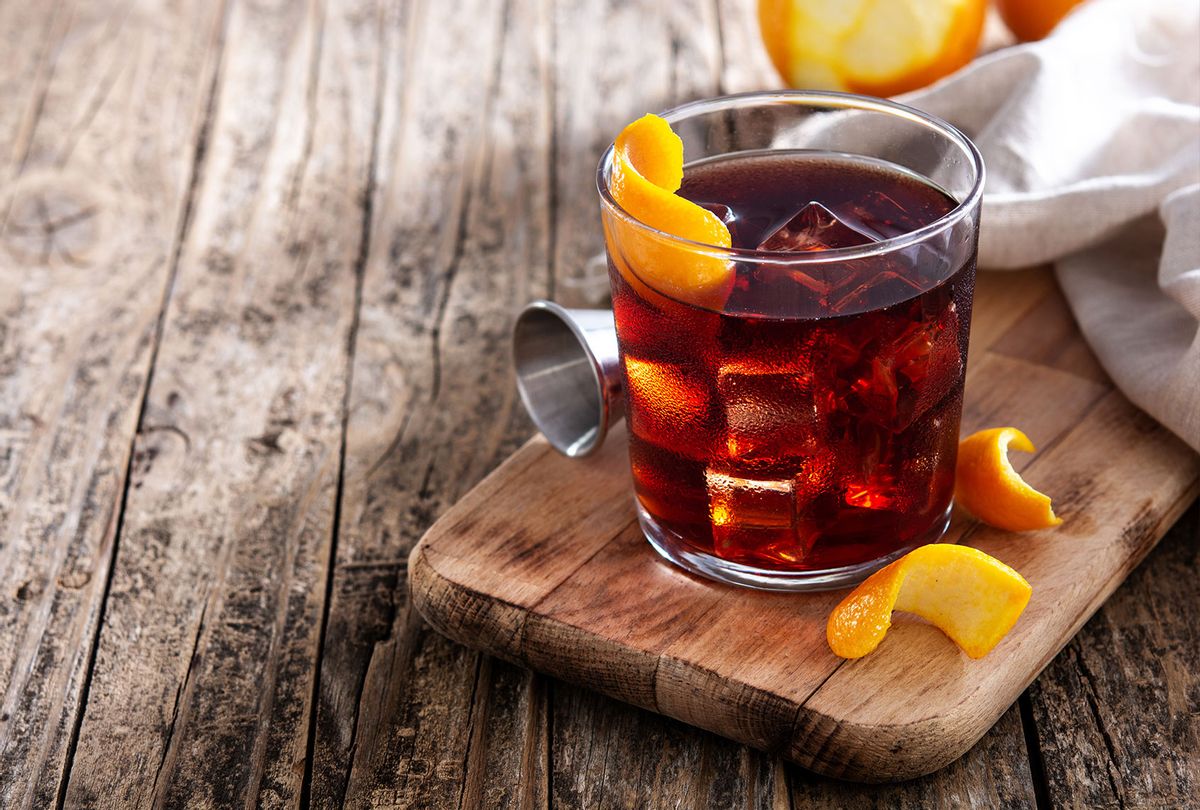 On February 20, 1927, The New York Times ran a brief bulletin about the American expatriate culture in Paris, and included a note, remarking with some amusement that it is "hard for the French to understand… why Americans ban drink in their own country and then come to France to try to drink all there is in sight."

That same article announced the debut of a Paris-based literary magazine by an American named Erskine Gwynne, a man to whom that previous line could've been personally dedicated. Handsome in his mid-20s, always well dressed, with white-blond hair and an irrepressible sense of humor, he was a descendant of the Vanderbilt family—the "Vanderbilt Playboy," the papers called him—and was the kind of incorrigible public figure for whom whole sections of tabloids get devoted.

Quick with both wit and fists and sporting an invincible smile, the stories he generated were never unamusing: He once was physically thrown out of a casino for striking a waiter who had spoken indecently to a lady and, realizing his favorite hat was still inside, went around the building and squirmed up through a high window, just to stroll back casually across the casino floor, retrieve said hat, and tip it at the man who'd ejected him. Another time, he went to see off a group of friends about to embark on a trip to America: One parting drink turned into another, and the gathering got so out of control that he later awoke, surprised to find himself still on the ship, which was now steaming west in the middle of the Atlantic.

Most men in his social circle didn't work, but Gwynne was a writer. He had written a couple plays as a young man, and would later write a book called Paris Pandemonium, but in 1927 decided to start a magazine, part humor and part literary, which one commenter described as "a sprightly publication dealing with the gossipy chit-chat of the world in which Gwynne was… a leading and lively participant." The name of his new magazine? Le Boulevardier. In French, a Boulevardier—literally "a man who frequents the boulevards"—means a fashionable socialite, a sophisticated man about town, the very persona he himself embodied.

That same year, a famous bartender and friend of Gwynne's, Harry McElhone, published his first major cocktail book, Barflies and Cocktails. Amid 300-plus recipes and some amusing asides about etiquette appears a cocktail, also called the Boulevardier, invented and named by none other than Gwynne himself.

Think about this for a second: You're Erskine Gwynne, notorious prankster, famous socialite, a true boulevardier. You start a magazine called Le Boulevardier, so if you're going to name a cocktail after that same concept, the cocktail itself has to be everything you want your magazine to be: elegant but not aristocratic, bold but sophisticated, important, with a bit of American impetuousness. And while Le Boulevardier the magazine never made the splash Gwynne probably hoped it would, he absolutely killed it with the cocktail.

The Boulevardier is a bourbon Negroni—bourbon, sweet vermouth and Campari. Of the 10 million or so variations on the Negroni, it is probably the oldest and almost certainly the best. The Negroni's bright prickly gin is replaced by the broad, oaked richness of whiskey, making this a different cocktail indeed. It's fuller and more muscular than its predecessor—bitter and bold, with a rounder flavor. It's indisputably sophisticated but also a bit brash. It is a drink aptly named.

Gwynne died in Manhattan in 1948, probably never knowing his cocktail would go on to become a venerated classic. It fits, in a way. A true Boulevardier isn't worried about legacy. Not while there's a day to go out and seize.

Whiskey: This cocktail originally called for bourbon, and bourbon works here, but the higher the rye content, the better. Sweeter (high-corn) bourbons start lacking tension and read a little boring, so high rye bourbons (Bulleit Bourbon, Wild Turkey 101, Basil Hayden's, etc.) all work well. Better still is rye whiskey, which by definition has more rye, and adds much welcome spice and complexity. I find a linear relationship between rye content of the whiskey and how much I enjoy the cocktail: 100 percent rye is great if you can find it, but 95 percent rye—Dickel Rye, Bulleit Rye, Redemption, Templeton and so many others—fits the bill handsomely.

Sweet Vermouth: honestly, most sweet vermouths are good here. In all the tests, there wasn't anything I wouldn't happily drink. If we're trying to optimize though, it depends on when you're drinking the cocktail. If you're having this before a meal, I prefer something light like Dolin which gives the softest possible touch, allowing a more dynamic tasting experience and letting the bitterness of the Campari to shine through. If after a meal, I like something like Carpano Antica, for a fuller balance and richer effect.