"$600 is not enough": Progressives in Congress left unhappy with COVID relief deal 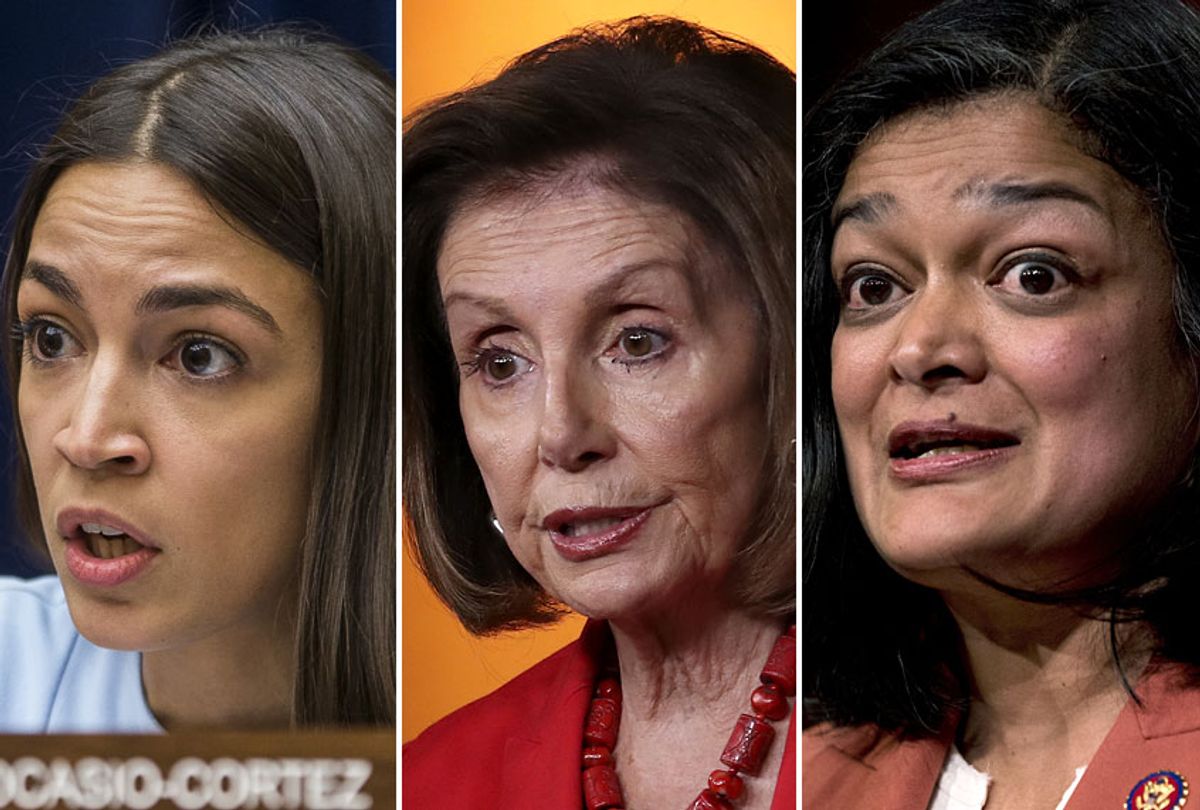 Democratic and Republican congressional leaders late Sunday reached an agreement on a roughly $900 billion coronavirus relief package that would send $600 direct payments to many Americans, boost unemployment benefits by $300 per week, and provide billions of dollars in funding for vaccine distribution, rental assistance, and other programs.

Announcing the deal on the Senate floor Sunday evening, Majority Leader Mitch McConnell (R-Ky.)—who has repeatedly stonewalled additional relief since the summer, when he said he had "not yet felt the urgency" of passing more aid—declared, "We can finally report what our nation has needed to hear for a very long time: More help is on the way."

With tens of millions of Americans in desperate need of financial assistance, the House and Senate are expected to approve the relief package as early as Monday, just days before dozens of emergency programs are set to expire. The deal would extend soon-to-lapse unemployment programs for 11 weeks and keep a CDC eviction moratorium in place through January 31.

Progressive lawmakers criticized the final agreement as badly inadequate given the severity of the nation's ongoing public health and economic crises, which have shuttered tens of thousands of businesses, thrown millions into permanent unemployment, and taken hundreds of thousands of lives. Members of the Congressional Progressive Caucus pushed for direct payments of "at least" $2,000, while a small group of senators led by Sen. Bernie Sanders (I-Vt.) demanded checks of $1,200 per working-class adult and $500 per child.

"More help for who?" Rep. Rashida Tlaib (D-Mich.) asked in response to McConnell's remarks Sunday night. "How are the millions of people facing evictions, remaining unemployed, standing in food bank and soup kitchen lines supposed to live off of $600? We didn't send help for eight months. This is not leadership. There is no compassion, just politics of greed and power."

Rep. Ro Khanna (D-Calif.) said that while he intends to vote yes on the package because it is an "urgent lifeline," the final deal is "far less than we need, and far less than we could have gotten earlier this year."

"Eight million have fallen into poverty since June," Khanna noted. "If we hadn't made this deal today, 12 million Americans were going to lose unemployment benefits. But, again, this is not nearly enough for people."

"This is a survival bill, not a progressive one," the California Democrat continued. "Bottom line: we're going to come back in January and keep working on this in the new Congress."

As of Sunday evening, the text of the relief package had not yet been made public, a delay that angered lawmakers who will soon be expected to vote on the sprawling legislation.

While specific details of the agreement are still emerging, the package will reportedly leave out hazard pay for frontline workers while including a tax break for corporate meal expenses sought by Republican lawmakers and the Trump White House.

"Republicans are nickel-and-diming benefits for jobless workers, while at the same time pushing for tax breaks for three-martini power lunches. It's unconscionable," Sen. Ron Wyden (D-Ore.), the top Democrat on the Senate Finance Committee, told the Washington Post, which first reported the inclusion of the tax break.

According to the Post, Democratic leaders agreed to allow the tax deduction for business meals "in exchange for Republicans agreeing to expand tax credits for low-income families and the working poor in the final package."

The final legislation would not provide retroactive unemployment insurance, and only those who earned $75,000 or less in the 2019 tax year would receive the full $600 direct payment, plus an additional $600 for each child.

"The emergency relief in this agreement, the second largest in history only to the CARES Act, is an important first step that Democrats look forward to building on under the new Biden-Harris administration to meet the remaining needs of the American people during this historic health and economic crisis," Pelosi and Schumer said. "The House will move swiftly to pass this legislation immediately, so it can quickly be sent to the Senate and then to the president's desk for his signature.  With the horrifying acceleration of daily infections and deaths, there is no time to waste."