All-purpose flour is overrated. This recipe turns to the snack aisle instead 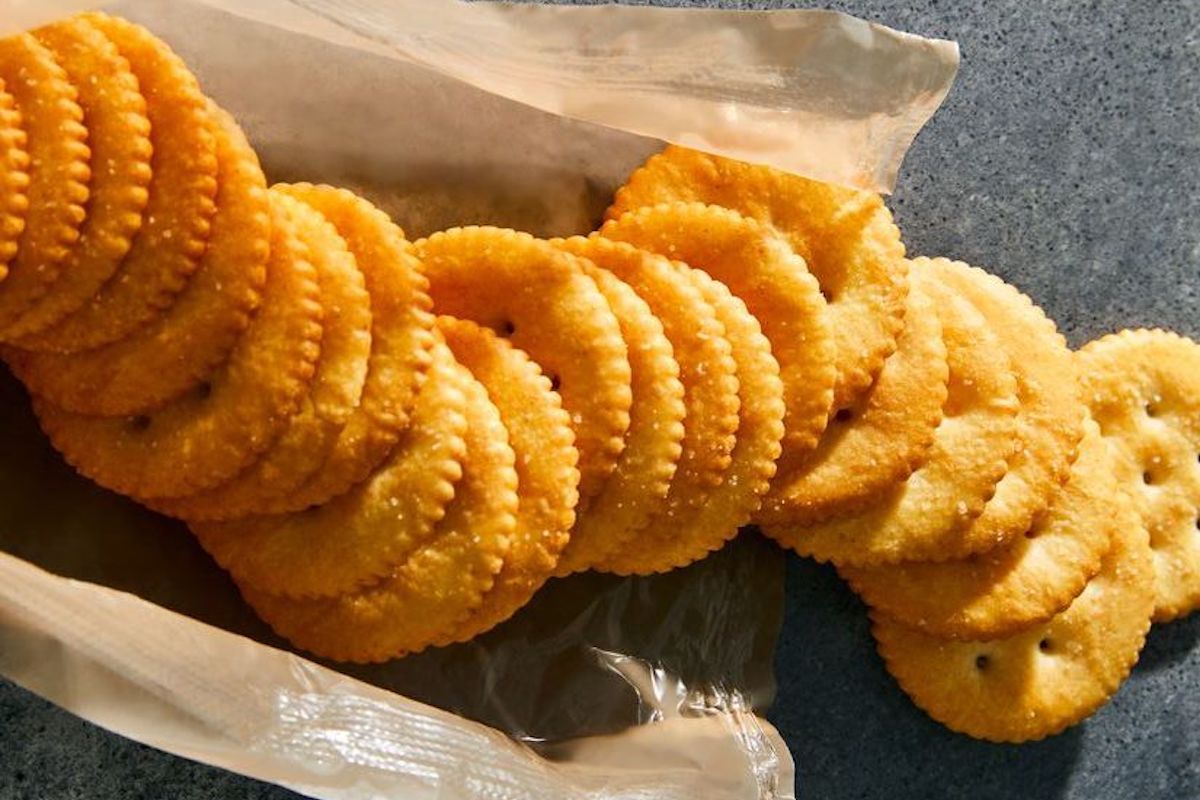 Big Little Recipe has the smallest-possible ingredient list and big everything else: flavor, creativity, wow factor. That means five ingredients or fewer — not including water, salt, black pepper, and certain fats (like oil and butter), since we're guessing you have those covered. This week, we're turning crackers into cookies.

Shortbread's ingredient list is so little to begin with—just flour, butter, and sugar—that if you took away anything, the whole shebang would fall apart. But this snackable rendition calls for no flour, not all-purpose, not pastry, not whole-wheat. Instead: a box of crackers that might already be in your pantry.

To be clear: No disrespect to flour. In most cookies, especially shortbread, this is the foundation of the house. Still, all-purpose is as mild as mild gets, practically flavorless, a blank page with a blinking cursor waiting for someone to start typing.

This seems like a waste when flour is the main ingredient in a few-ingredient recipe. Typically, shortbread follows a ratio of three parts flour to two parts butter to one part sugar by weight. Another popular template is one cup of flour (about 128 grams) to one stick of butter (about 113 grams). Either way, flour leads the charge.

Which is why, when you swap in another ingredient — one that's louder and brasher and more opinionated — the whole recipe changes for the better.

Ritz crackers are mostly flour to begin with, but along the way, they become buttery and rich, salty and sweet, and impossible to eat just one. When buzzed in a food processor, they take on the consistency of fine cornmeal, a flour look-a-like with loads more personality.

This flavor-forward trick is well-known in crumb crusts for pies. Think: graham crackers, Oreos, or saltines. So why not extend the same technique to cookies? Who's stopping us?

Of course, Ritz shortbread is stellar as dessert, with a nip of whisky or cup of tea. But it's equally at-home with coffee as an afternoon pick-me-up. Or even a can of beer once five o' clock strikes. The savory sweetness (or sweet savoriness?) doesn't want to be put in a corner.

After you try this recipe, I hope you'll keep going. I hope you'll venture toward saltines and Cheez-Its and Goldfish and pretzels—and we could be here all day, and isn't that fun?