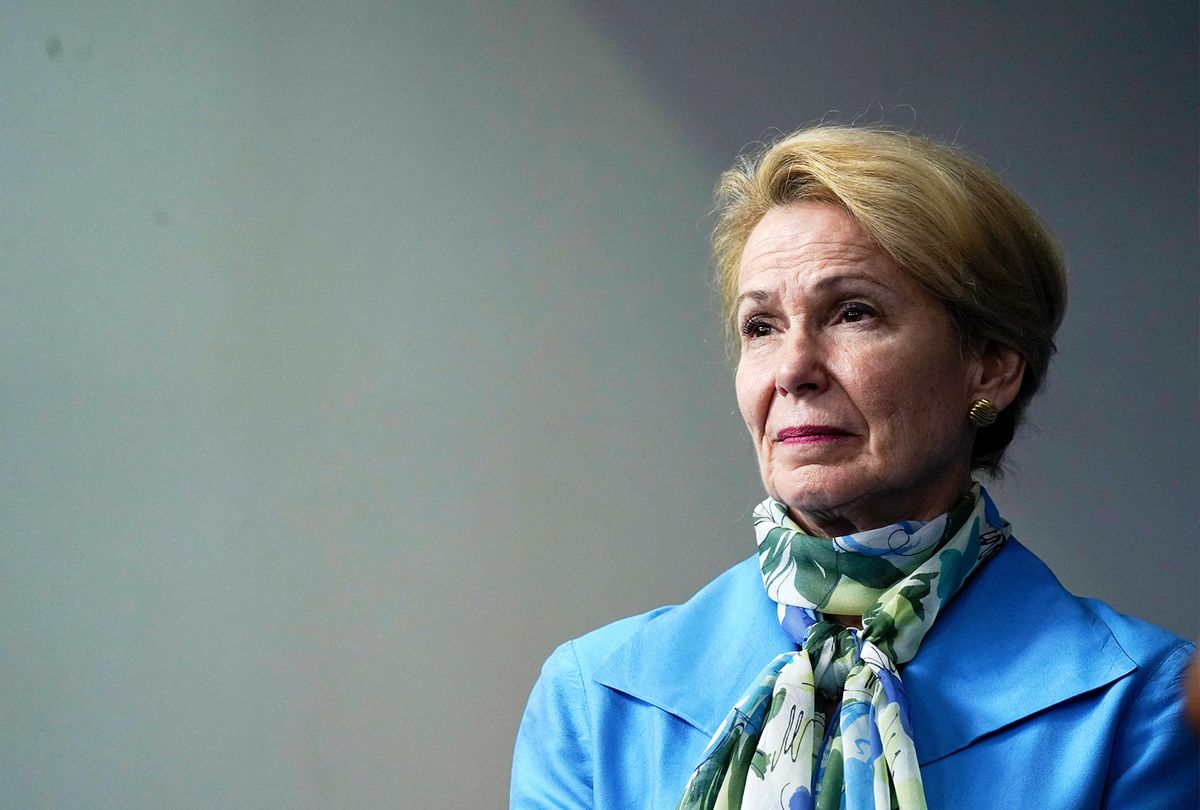 Dr. Deborah Birx, the coordinator of the White House coronavirus task force, recently revealed that she will retire after coming under widespread criticism for a Thanksgiving weekend trip she took that broke with her own travel guidance.

Birx said she intends to help the incoming Biden administration "in any role people think I can be helpful in" and then "retire" in an interview with Newsy's Amber Strong on Tuesday. Her announcement came after the Associated Press reported on Monday that Birx traveled with "three generations of her family from two households" to one of her vacation properties in Fenwick Island in Delaware one day after Thanksgiving. The trip came despite Birx appearing on multiple television networks to urge Americans to limit any holiday gatherings to their "immediate household."

Birx cited the media coverage around the trip as a reason for her departure.

"This experience has been a bit overwhelming," she told Newsy. "It's been very difficult on my family. I think what was done in the last week to my family -- you know, they didn't choose this for me -- to drag my family into this when my daughter hasn't left that house in 10 months, my parents have been isolated for 10 months, they've become deeply depressed as I'm sure many elderly have as they've not been able to see their sons, their granddaughters. My parents haven't seen their surviving son for over a year. These are all very difficult things."

Birx, 64, has served in the federal government since she joined the Reagan administration as an Army physician and AIDS researcher. An expert in immunology and vaccine research, Brix served as the United States Global AIDS Coordinator under former President Barack Obama and President Donald Trump before being tapped to lead the White House coronavirus response with Vice President Mike Pence in February.

While Birx was a reassuring presence at the White House coronavirus briefings early in the pandemic, she ultimately came under widespread criticism for feeding rosy projections to the president and enabling Trump's efforts to downplay the threat of the virus and failing to speak up when he repeatedly contradicted medical advice. Birx had expressed a desire to remain in a "significant position" on the task force after Biden's inauguration, according to the AP, but the recent media scrutiny appears to have waylaid those plans.

Birx warned in multiple interviews and statements ahead of Thanksgiving that Americans should not travel and avoid indoor gatherings with people outside of their household.

"People who do not currently live in your housing unit, such as college students who are returning home from school for the holidays, should be considered part of different households," she warned before bringing her husband, daughter, son-in-law and two young grandchildren to the vacation property. Her daughter and elderly parents live at a home in nearby Potomac, Maryland, where her children's other grandmother also visits, according to the AP.

"I did not go to Delaware for the purpose of celebrating Thanksgiving," Birx said in a statement to the outlet, acknowledging that she shared a meal with her family. Birx insisted that the family members were in her "immediate household" even though she acknowledged that they live in two different homes. Birx said she visited the property to "deal with the winterization of the property before a potential sale — something she says she previously hadn't had time to do because of her busy schedule," according to the report.

While in Delaware, Birx appeared on CBS News to lament that some people "went across the country or even into the next state" for Thanksgiving weekend.

"Some people may have made mistakes over the Thanksgiving time period," she said. "If you're young and you gathered, you need to be tested about five to 10 days later. But you need to assume that you're infected and not go near your grandparents and aunts and others without a mask."

Birx urged people to "take it upon yourself to be restricted."

Birx is an "essential worker" under federal guidelines and has often traveled but said she kept her family safe by isolating, wearing a mask, and regularly testing. Birx also works at the White House, which has seen repeated coronavirus outbreaks. Early in the pandemic, Birx highlighted her personal sacrifices by noting that she avoided visiting the Potomac home when one of her grandchildren has a high fever.

Birx has since resumed traveling to the Potomac home. Kathleen Flynn, whose brother is married to Birx's daughter, said she told reporters about the trip because she was concerned for her own parents, who visit the Potomac home.

"She cavalierly violated her own guidance," Flynn told the AP.

Flynn's father, Richard, told the AP that Birx has visited the home every few weeks but argued that he trusts her.

"Dr. Birx is very conscientious and a very good doctor and scientist from everything I can see," he said.

Public health experts, however, criticized Birx for contradicting her own guidance.

"To me this disqualifies her from any future government health position," Dr. Angela Rasmussen, a virologist at the Georgetown Center for Global Health Science and Security, told the AP. "It's a terrible message for someone in public health to be sending to the American people."

Lawrence Gostin, another public health expert at Georgetown who has known Birx for years, told the outlet he is confident that Birx took necessary precautions but said she still undermined the government's efforts to fight the pandemic.

"It's extraordinarily important for the leaders of the coronavirus response to model the behavior that they recommend to the public," he said. "We lose faith in our public health officials if they are saying these are the rules but they don't apply to me."