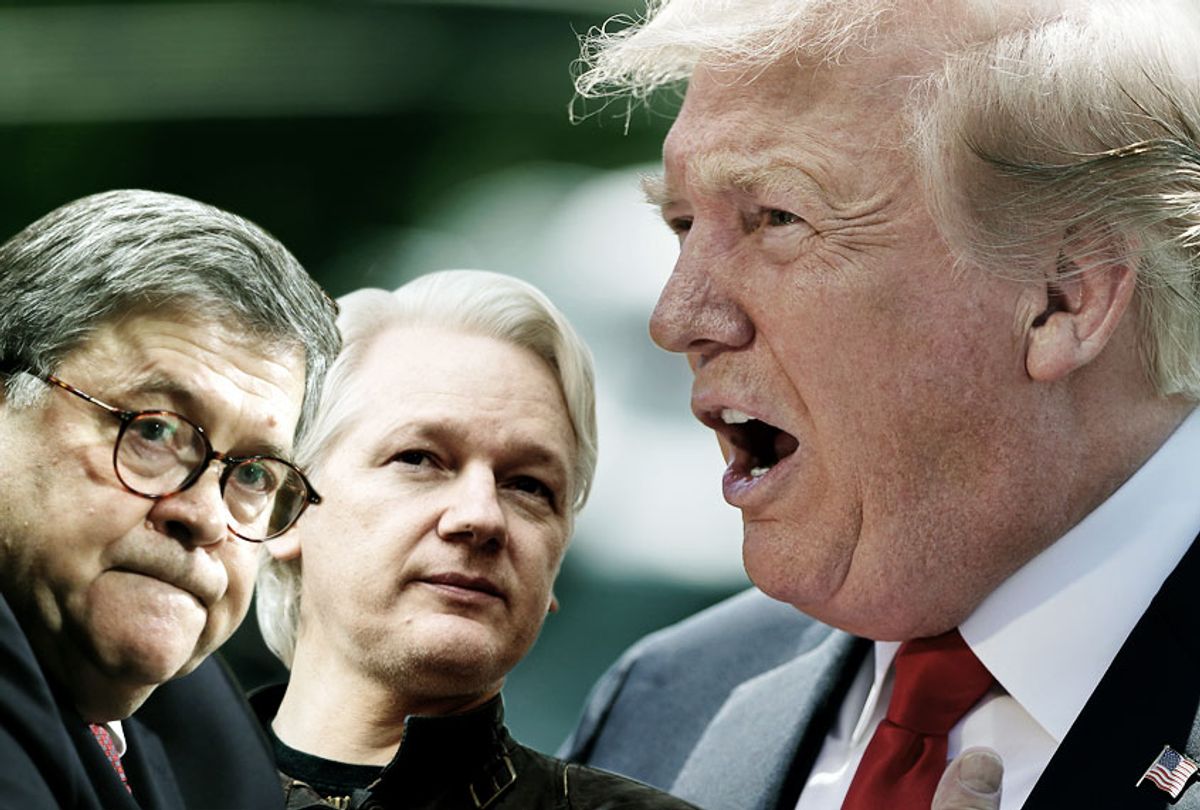 Absent from Trump's wave of 15 pardons was Julian Assange, the WikiLeaks founder who helped bring to light war crimes committed by the U.S. in Iraq and elsewhere.

Observers decried as "grotesque" Trump's full pardon of Blackwater guards Paul Slough, Evan Liberty, Dustin Heard, and Nicholas Slatten and failure to pardon Assange as the publisher struggles to survive in a notorious British jail ahead of an expected extradition ruling on January 4. If extradited to the U.S., Assange could spend the rest of his life in prison for the "crime" of obtaining and publishing classified documents—an act of journalism.

In a statement accompanying the new pardons and commutations—a list that also included former Trump campaign adviser George Papadopoulos and former Rep. Duncan Hunter (R-Calif.)—the White House described the former Blackwater mercenaries as veterans with "a long history of service to the nation."

The president could still pardon Assange before leaving office next month, and he is being urged to do so by NSA whisteblower Edward Snowden, the U.N.'s top anti-torture official, and many others.

"While U.S. Army contractors convicted of massacring civilians in Iraq are pardoned, the man who exposed such crimes against humanity, Julian Assange, rots in Britain's Guantanamo," tweeted Yanis Varoufakis, a Greek economist and parliamentarian.

As The Guardian reported Tuesday, Slough, Liberty, Heard, and Slatten "were part of an armored convoy that opened fire indiscriminately with machine-guns, grenade launcher,  and a sniper on a crowd of unarmed people in a square in the Iraqi capital."

"The Nisour Square massacre was one of the lowest episodes of the US-led invasion and occupation of Iraq," The Guardian noted. "Slough, Liberty, and Heard were convicted on multiple charges of voluntary and attempted manslaughter in 2014, while Slatten, who was the first to start shooting, was convicted of first-degree murder. Slattern was sentenced to life and the others to 30 years in prison each."

"Instead he chose to pardon four Blackwater mercenaries who murdered 17 Iraqi civilians, including two boys [aged] eight and 11, in an unprovoked attack on a crowd of unarmed people," Benjamin wrote. "Disgusting."