"If anything, there are a few small factors that tilt slightly in favor of Republicans" 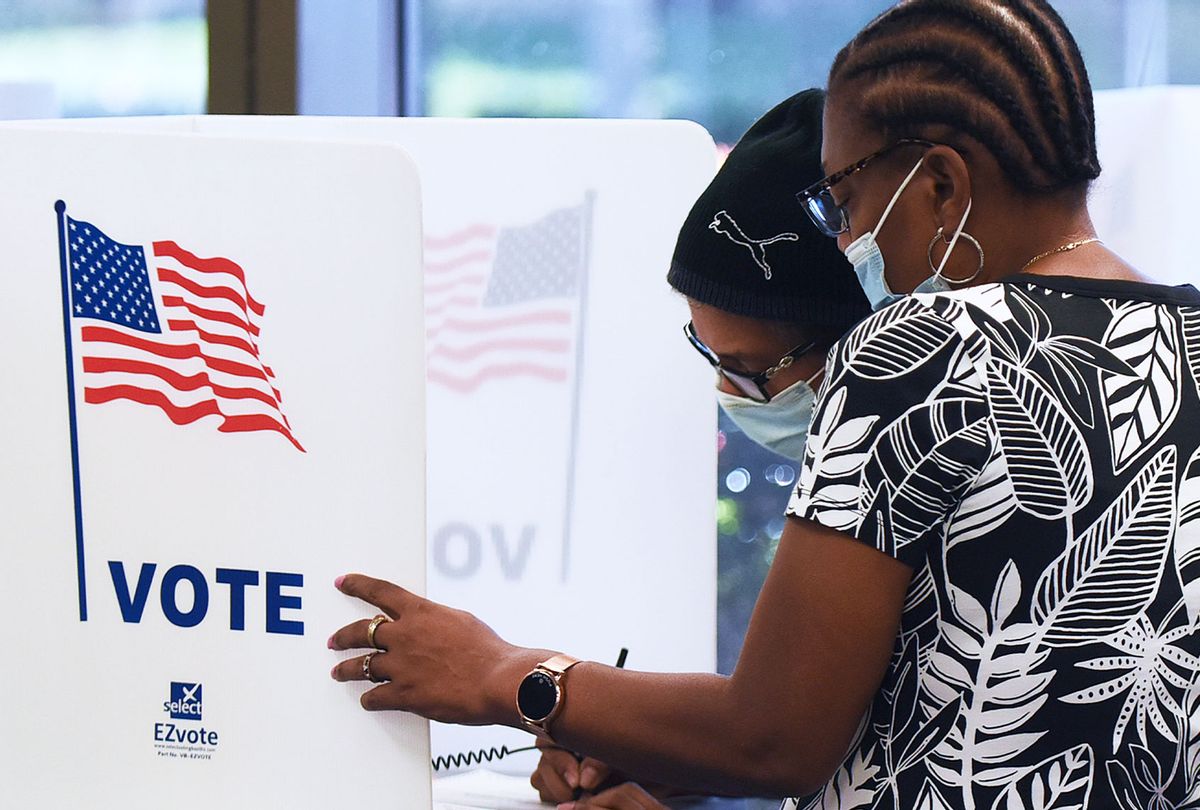 Nevada is among the battleground states where supporters of President Donald Trump have concocted a narrative that President-elect Joe Biden's victory was due to widespread fraud. In the hope of making their case, Trump supporters asked Rex Briggs — a Nevada resident who specializes in data analysis — to investigate that state's election returns.

But when Briggs conducted an investigation as they requested, their claims fell apart. He ended up debunking their arguments, rather than finding proof for them. This should be no surprise, of course. Not only are the pro-Trump claims of election fraud made without credible evidence, but they're also made so wildly and out of proportion with reality that there's no indication the people making such allegations care about the truth at all.

In an article published by the Nevada Independent, Briggs explains: "I was enlisted by 'The Trump Digital Army, Election Integrity Division' on November 8, 2020 to look at the source data in each battleground state, and compare 2016 to 2020 results to find any outliers/anomalies in the 2020 election results that could signal fraud."

"Turnout exceeding registered voters would indicate ballot-stuffing," Briggs notes. "However, there is no county where the number of ballots cast exceeded the number of registered voters. The three highest voter turnout figures are from Humboldt, Douglas and Eureka, all counties that pulled heavily for Trump."

In Democrat-leaning Clark County, which includes Las Vegas, Briggs found that Biden underperformed slightly. Not only did the results in Clark County not show Democrats inflating Biden's numbers — they were slightly disappointing to Democrats. If Democrats had really stolen votes in Clark County, as Trump supporters claim, the vote count wouldn't have showed Biden losing ground there compared to 2016 Democratic presidential nominee Hillary Clinton four years ago.

"Democrats actually lost ground in votes in Clark County, the main source of Democratic support in the state, slipping from 10.7% margin in 2016 to 10.0% in 2020," Briggs observes. "This makes Clark County an unlikely source of systemic widespread fraud by Democrats."

Sidney Powell and other pro-Trump attorneys have been claiming that the software used by Dominion Voting Systems was used to swing the election unfairly to Biden. Powell has even claimed that the same Dominion equipment that gave Biden an unfair advantage helped the late President Hugo Chavez steal elections in Venezuela — which would have been impossible because according to Dominion, its product was never even used in that South American country.

Briggs, discussing Dominion software and Nevada, explains, "I investigated the pre-election machine testing and the verification process that confirms that what is entered matches the vote tallies. I also checked a machine when I voted in-person and could examine the printed tape. I also checked the methodology of the post-election audit of the electronic vote tally vs. the tape count. All of them aligned, and all of those processes were open to the public and had both parties observe the audits."

The bottom line, according to Briggs, is that Biden won Nevada fairly, albeit by smaller margins than Democrats would have liked.

"I found nothing in the data that shows the election was rigged," Briggs notes. "If anything, there are a few small factors that tilt slightly in favor of Republicans."