Pardoning the Blackwater killers: It's a scandal, but not specific to Donald Trump

It was difficult to prosecute these 2007 war crimes, and Republicans were eager to whitewash them from the get-go 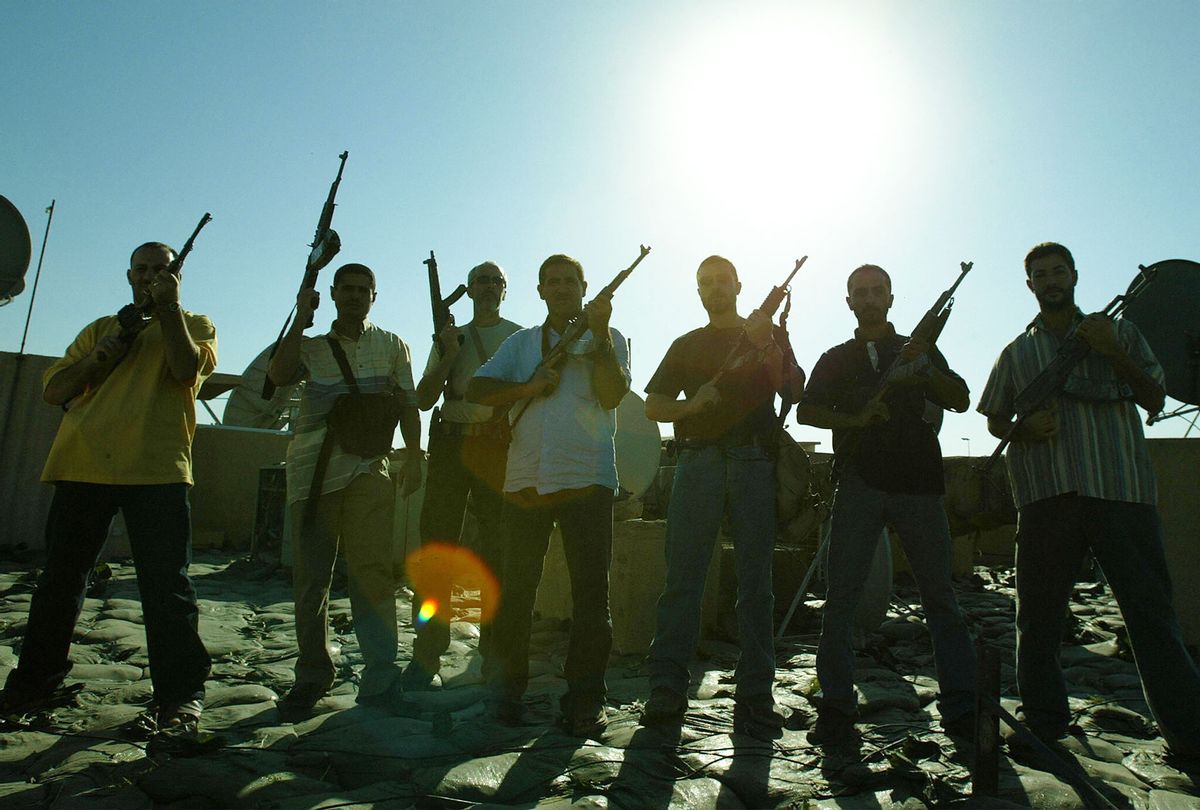 Members of a private security company pose on the rooftop of a house in Baghdad, 18 September 2007. Iraq declared today it will review the operations of all security firms working in the war-ravaged country following a deadly shootout involving private US contractor Blackwater. (PATRICK BAZ/AFP via Getty Images)
--

This week Donald Trump pardoned the four Blackwater killers of 14 Iraqi civilians in the 2007 Nisour Square massacre. America was justly outraged, but it is important to remember that there is nothing Trump-specific about security contractors' impunity — rather, it is a hallmark of Republican administrations. While it's true that Betsy DeVos, Trump's education secretary, is the sister of Blackwater founder Erik Prince, the issue is much larger than a political connection.

Back in 2007 in Washington, I worked in the field of legal jurisdiction applying to government security contractors. There were a dismally small number of convictions and the debate over prosecuting security contractors was centered on the question of whether to try them as  civilians under the Military Extraterritorial Jurisdiction Act (MEJA) or as military personnel under the Uniform Code of Military Justice (UCMJ). We were all told that this legal debate was too complex to move forward.

Security contractors could not be tried under the UCMJ, the industry's counsels argued repeatedly, as it would be unconstitutional to bring civilians — which security contractors indeed are — to be tried by court martial. Security contractors also do not fall under the military chain of command; they do not have rules of engagement but rather rules for use of force, alongside many other differences. All of this might be acceptable if the other regime for trying security contractors as civilians under MEJA actually worked, which — you guessed it — it didn't back in 2007. We often heard that extraterritorial jurisdiction cases, especially in conflict zones, were especially difficult because that there was typically no evidence and no witnesses left in such cases, and it was hard to move the whole show to the U.S. for a prosecution by regular Justice Department prosecutors and federal judges, rather than military prosecutors and judges as would be the case under UCMJ.

But behind the legal complexity and the practical challenges lurked the simple truth that these prosecutions would have moved forward had there been political will. As usual, the problem was political will within the Justice Department, and within the Bush administration more generally. Security contractors were Bush's lap dogs, who ran around like mad in Iraq and Afghanistan, unconstrained by the regular chain of command and honor code that the rest of the U.S. military generally have to be abide by. Security contractors were out of control and out of the law's reach by design — not because the legal issues were so insurmountably complex and unfathomable, as actual security contractors' convictions during the Obama administration would demonstrate.

When the Blackwater contractors were finally convicted, seven years later, that was a sign of relief, but you needed political will for that. Do not forget that these convictions happened under the Obama administration and his Justice Department. Back in 2007, Obama was the leading senator proposing draft legislation to regulate the security industry. That was his issue. I helped his office review and introduce amendments to the draft bills in 2007, so that the laws could be more precise in a field that was often full of hidden legal traps crafted by the Bush administration and Republicans, and intended to shield security contractors from justice by design. If it had been up to Bush, the Blackwater defendants Trump has just pardoned would never have been convicted at all.

Convictions of the Nisour Square massacre type are so difficult to finalize that overturning and pardoning something like that is a slap not only in the face of the Iraqi victims' honor and memory, but also to those of us who have worked to bring more legal justice and transparency to the security contractor industry.

So in this regard, Trump is simply another Republican president who wants those types of guys to just get away with it. These four pardons are scandalous, but there is nothing specifically or strikingly Trumpian about them. This is just business as usual for the Republican Party, which does not make it any less of an outrage.