The NSA whistleblower has used his platform to pressure the president to pardon someone other than himself: Assange 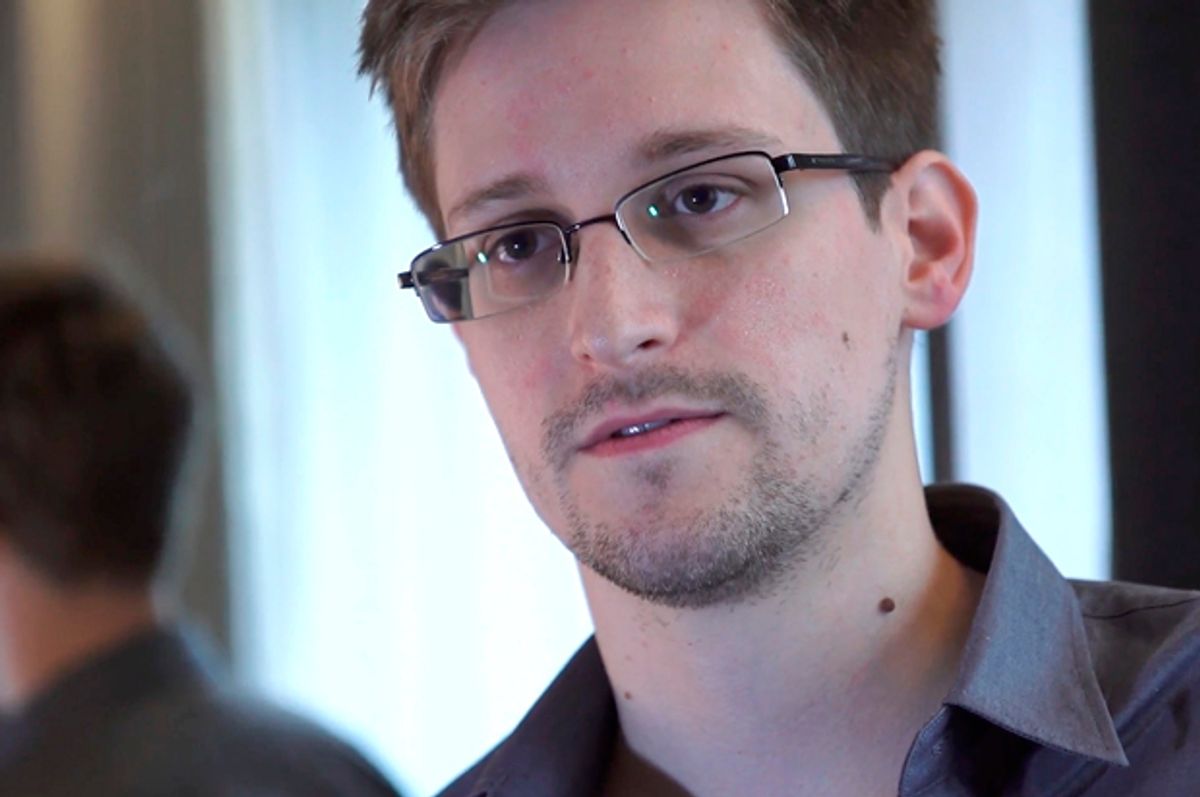 Republican Rep. Matt Gaetz of Florida claimed Sunday the President Donald Trump, who has just over a month left in office, "is listening to the many of us who are urging him" to pardon National Security Agency whistleblower Edward Snowden, who has been exiled in Russia since he exposed U.S. government mass surveillance in 2013.

The congressman's comment caught the attention of Snowden, who recently secured permanent residency rights in Russia but has long said his ultimate goal is to return to the United States if he is guaranteed a fair trial. Under then-President Barack Obama, the ex-contractor was charged with theft of government property and violating the Espionage Act for leaking classified materials on surveillance to journalists.

Snowden shared Gaetz's tweet on Sunday, noting that he is a member of Congress:

As Common Dreams has previously reported, a diverse group of lawmakers, civil liberties advocates, and other public figures have called for Trump to pardon Snowden. Various other members of Congress and rights advocates on Sunday reiterated calls for Trump to grant the whistleblower a pardon:

After Trump floated the possibility in August—before his loss to President-elect Joe Biden, Obama's vice president, in November—the U.S.-based Freedom of the Press Foundation, for which Snowden serves as board president, emphasized that "no matter your feelings on Trump, a Snowden pardon would be a major win for those who care about fighting back against mass surveillance in the digital age."

Following Trump's remarks, a U.S. federal court ruled that Snowden has to pay over $5 million in book royalties and speaking fees to the U.S. government because his 2019 memoir, Permanent Record, violated nondisclosure agreements he signed while working for the NSA and CIA. The ruling came in response to a lawsuit filed by the Justice Department.

Gaetz's comment Sunday were prompted by a Twitter thread from Glenn Greenwald, who was one of the first journalists to report on leaked materials from Snowden and has long called for him to be pardoned. Greenwald noted in the series of tweets that Snowden—who announced in October that he and his wife Lindsay Mills, an American who lives with him in Russia, are expecting their first child—has used his platform to urge the president to pardon WikiLeaks founder Julian Assange:

Earlier this month, Snowden tweeted a message directed at Trump: "Mr. President, if you grant only one act of clemency during your time in office, please: free Julian Assange. You alone can save his life."

The detention of Assange at London's Belmarsh Prison since April 2019 has drawn intense condemnation from human rights and press freedom advocates. The Australian journalist and publisher, who famously exposed U.S. war crimes, could soon be extradited to the United States, where he faces 17 counts of espionage and one count of computer fraud.

This week, United Nations Special Rapporteur on Torture Nils Melzer called on British authorities to release Assange or place him under house arrest, citing the risk of him catching Covid-19 in prison. Melzer, who has described Assange's detention conditions as "torture," also said that his "rights have been severely violated for more than a decade."