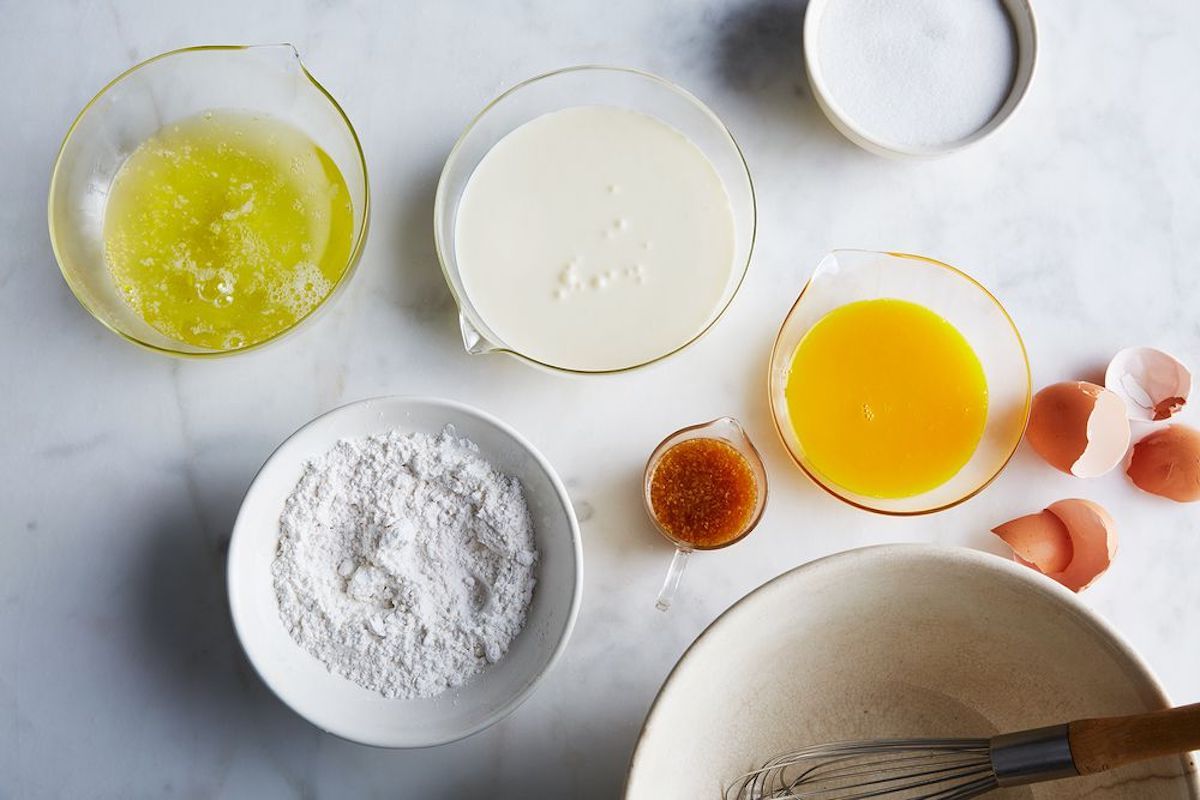 Last weekend, I broke the number one rule I share with everyone who asks me for baking advice: to make sure you have all your ingredients beforestarting the recipe. But there I was, halfway through cracking an egg, when I looked over to the shelf where I keep dry ingredients to see my sugar jar woefully near-empty. I wasn't about to sprint to the grocery store just for sugar (I'm also still keeping grocery trips as minimal as possible these days); I needed a sugar substitute, stat.

Luckily, because I keep a fairly stocked pantry, I had several options. There are actually a number of ingredients that mimic granulated sugar's flavor and texture in both cooking and baking; you just need to think a bit about what you're making and what each substitute brings to the table. For example, a ripe banana can swap in just fine when you're baking a cake, but it wouldn't work in, say, a caramel sauce. Not every one of these substitutions will replace sugar perfectly in every recipe you try, but they will help you achieve a similar goal in a pinch.

Here are 11 sugar substitutes to keep in mind (and the pantry).

Super-sweet agave nectar is similar to honey or maple syrup, but more runny. It can be added in place of sugar in baked goods, caramel, drinks, and most other sweet things. When baking, use two-thirds the amount of agave as sugar called for, and reduce the liquid in the recipe by 1/4 cup. (If there's no liquid in the recipe, add 1 tablespoon of flour for every 1/4 cup sugar.)

I don't need to tell you how sweet bananas are. You can harness this sweetness as a sugar substitute in tons of different baked goods, like muffins and quick breads. Since bananas have more moisture than sugar, use half the amount of mashed, ripe banana as sugar called for in the recipe.

Perhaps the most likely to already be in your kitchen, brown sugar is also one of the easiest and most versatile sweeteners to sub in for granulated sugar. With a 1:1 substitution, your baked goods will taste similar in terms of sweetness, but will be a tad more caramelly in flavor, and the texture will be softer and more moist.

Though coconut sugar and granulated sugar work in a 1:1 swap, coconut sugar will slightly change the texture and flavor of baked goods to be a bit less moist and more crumbly, which is actually quite nice in a scone or shortbread—though I've used it in everything from banana bread to oatmeal cookies.

Though corn syrup is often thought of as an unhealthy or "bad" sweetener—and you should never think of foods as "bad" or "good!"—the bottles you'll find in the grocery store are perfectly safe to use in baking, with a similar nutritional profile as sugar. (It's not the same as high-fructose corn syrup often found in packaged food.) Technically an invert sugar, corn syrup prevents sugar crystals from forming. For example, when you melt granulated sugar, it liquifies, but eventually it will want to recrystallize; corn syrup stays smooth and glossy. Use 1 1/4 cups of light corn syrup and remove 1/4 cup of liquid for every cup of sugar listed in a baking recipe.

There is more than one way to use dates when replacing sugar in a recipe. Starting with regular dates you'd find at the store: A cup of pitted dates can be soaked in water, drained, then blended into date paste, a sticky sweetener similar in texture to nut butter. Use 1 cup of date paste and add an additional 2 tablespoons of liquid for every cup of sugar called for in your recipe. Date sugar, which can be found at many grocery stores and online, can simply be subbed 1:1. With both these ingredients, expect your treats to be more subtly sweet and softer than when made with granulated sugar.

Use 1/2 to 2/3 cup honey for every cup of granulated sugar in a recipe, preparing for a slightly more floral flavor—perhaps it goes without saying, but the more honey you use, the more pronounced the floral sweetness will be—and reduce liquid in the recipe by 1/4 cup. (If there's no liquid in the recipe, add 1 tablespoon of flour for every 1/4 cup sugar.)

Molasses, a thick syrup, is a by-product of the sugarcane or sugar-beet refining process (it's also what makes brown sugar brown!). You can use 3/4 to 1 cup of molasses for every cup of sugar in a recipe, and reduce the liquid by 1/4 cup. (If there's no liquid in the recipe, add 1 tablespoon of flour for every 1/4 cup sugar.) Keep in mind it is quite intense in flavor, so you may want to pair it with another sugar substitute as well, if you have one on hand.

Liquid monk fruit sweeteners are often highly concentrated extracts, which are suited to replace sugar in dressings, sauces, and drinks—but baking, not so much. Read the package directions when deciding how much to use.

Tart pomegranate molasses (made from reduced pomegranate juice) adds sweetness but also tang to drinks and sauces—try it instead of sugar when making simple syrup or grenadine.