Now, U.S. companies must cut the production and use of hydrofluorocarbons by 85 percent over the next 15 years 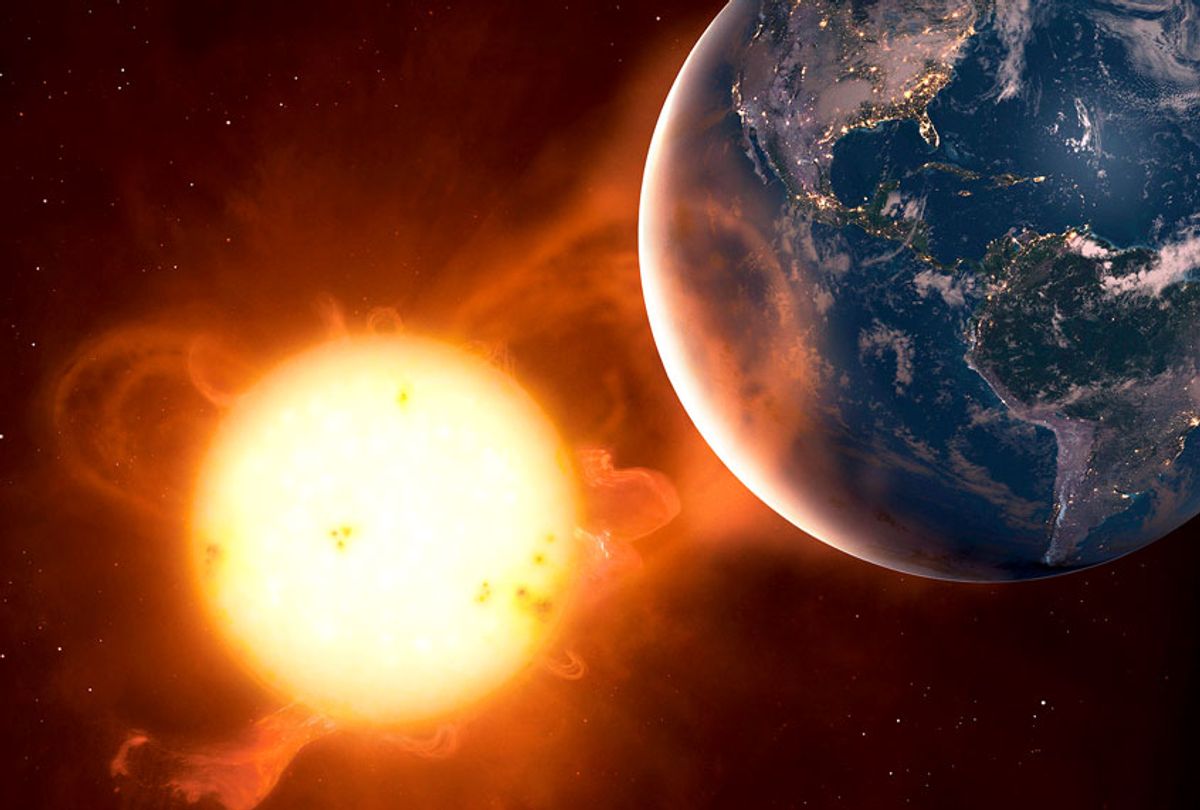 This week, with Americans distracted by tinsel, wrapping paper, and the prospect of a much-needed $600 stimulus check, Congress achieved something that in recent years has seemed impossible: It passed legislation that will cut greenhouse gas emissions and boost clean energy spending at the same time.

Climate and energy provisions were folded into Congress' $900 billion coronavirus stimulus package, which passed Monday night after days of political wrangling. Those components of the bill — which authorize $35 billion in clean energy spending and require the U.S. to phase down emissions of a greenhouse gas thousands of times more potent than carbon dioxide — represent the most significant action Congress has taken on global warming in over a decade.

And they provide a signal for what might be possible in the years ahead.

"Obviously, this doesn't solve the climate crisis by any means," said Leah Stokes, professor of political science at the University of California, Santa Barbara. "But I think it's really great that Congress actually managed to do something for the end of the year. And it's good news that we're capable of doing something bipartisan."

The most significant part of the bill for the rapidly overheating planet is a requirement for U.S. companies to cut production and use of hydrofluorocarbons, or HFCs, by 85 percent over the next 15 years. HFCs — which are commonly used in refrigerators and air-conditioning systems — were supposed to be a safe alternative to chlorofluorocarbons, the chemicals that deplete the ozone layer. But scientists discovered that when released into the atmosphere, HFCs are 1000 to 3000 times more effective than carbon dioxide at trapping heat. They are now the fastest-growing greenhouse gas in the world.

HFCs are regulated internationally by the Kigali Amendment, a 2016 update of the ozone-protecting Montreal Protocol, which was enacted in the late-1980s. Although over 100 nations have ratified the amendment — thus promising to cut global HFC emissions 80 percent or more by 2050 — the big emitters like the U.S., China, and India haven't yet signed onto the effort.

The Congressional bill could change all that. "With the bill having just passed with bipartisan support, there's every reason to expect [the Kigali Amendment] will go through the Senate without much controversy," said David Doniger, a senior director of climate and energy at the Natural Resources Defense Council. "And then it should unlock ratification by other big countries."

According to one study, phasing out HFCs around the world would avert 0.5 degrees Celsius of global warming — no small feat on a planet that has already warmed 1.2 degrees Celsius since pre-industrial times.

The relief bill also includes crucial tax credit extensions for renewable energy, and approximately $35 billion in authorized spending for research and development. Of that, $4 billion is earmarked for renewables; $6 billion for carbon capture and storage; $6.6 billion for the development of advanced nuclear technologies; and $2.9 billion for advanced research projects in energy.

Those provisions tucked into the coronavirus stimulus represent the first significant energy spending in over a decade. Back in 2009, President Obama's Recovery Act included $90 billion for renewable energy generation, energy efficiency, and modernizing the country's electricity grid. But since then, Congress has been reluctant to fund anything other than intermittent and occasional extensions of clean energy tax credits.

Still, the new bill isn't a major victory for those hoping for any meaningful climate action. A lot of the spending is in the form of authorizations, which means that the money hasn't officially been spent yet. "History shows us that there are many, many examples of authorizations that are not fully appropriated or not appropriated at all," said Greg Dotson, a former Congressional staffer during the Obama administration and current professor of law at the University of Oregon. "An authorization by itself will not improve the nation's energy situation."

Dotson notes that a lot of the bill's focus is on research, development, and other long-term projects — not deploying technology to get emissions reductions today. "You can tell this bill was a negotiation by people with different goals," he said. "It's generally a positive step. But it doesn't reflect the urgency of getting emissions reductions that we really need to achieve."

For example, according to Stokes, the bill does not include funds for the deployment of electric vehicles, or a federal tax credit for EVs. And comprehensive legislation to address the inequalities of climate change — through cleaning up air pollution in low-income communities — didn't make it into the stimulus bill either. (The package does include $1.7 billion to help seal up drafty homes and install renewables for poorer households.)

The biggest question moving forward is whether the next Congress — which will take office in early January, two weeks before President-elect Joe Biden is sworn in — will build on this energy bill, or turn away from climate action altogether.