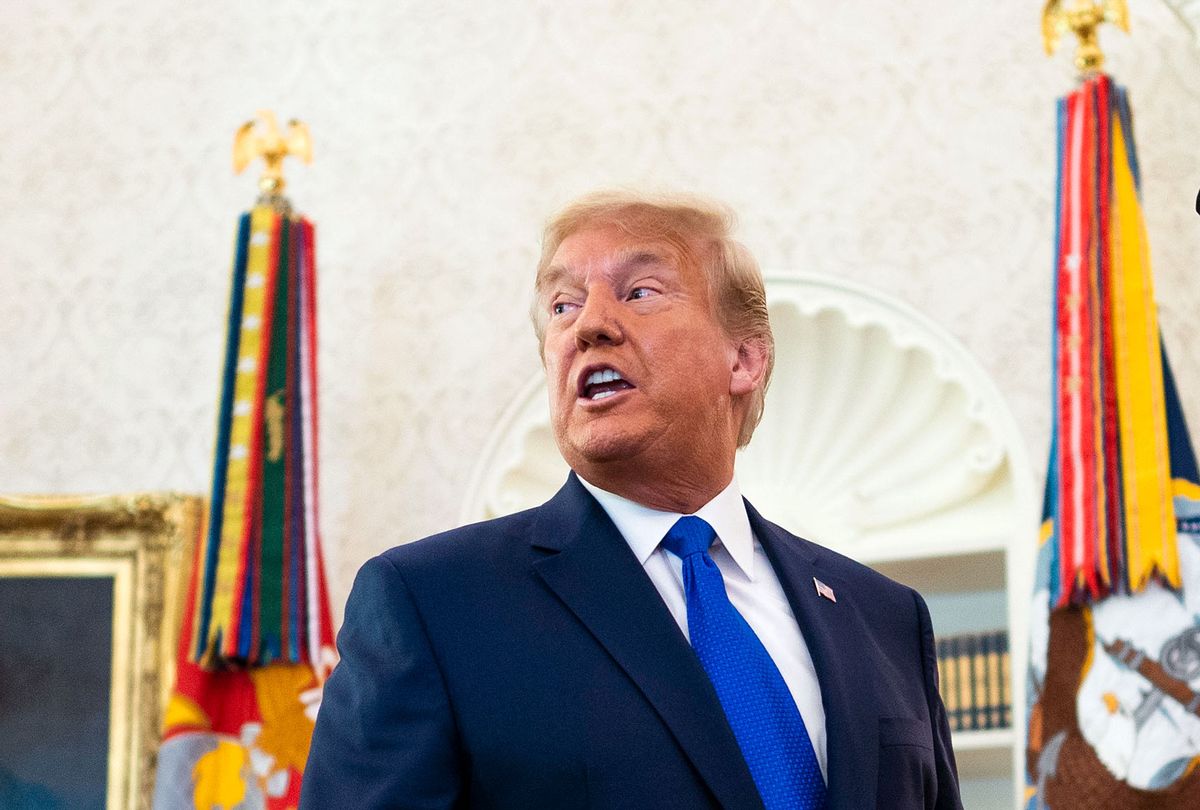 President Donald Trump continued to negotiate via tweet while on vacation at Mar-a-Lago on Saturday.

"President Trump on Saturday continued to demand changes to the $900 billion stimulus deal that Democrats and Republicans approved on Dec. 21, raising the odds that the government could shut down on Tuesday and the economy could suffer a devastating shock in the final days of his presidency," The Washington Post reported. "His demand for $2,000 stimulus checks is a direct rejection of the $600 checks that Treasury Secretary Steven Mnuchin had personally proposed and negotiated with Democrats and Republicans. Now, Trump's rejection of the deal has confounded many leaders on Capitol Hill because they had thought Mnuchin negotiated the package on behalf of the president. The treasury chief's standing with many lawmakers is now in tatters just days before a full-blown crisis is set to occur."

On Saturday night, however, he may have attempted to double the amount he was seeking.