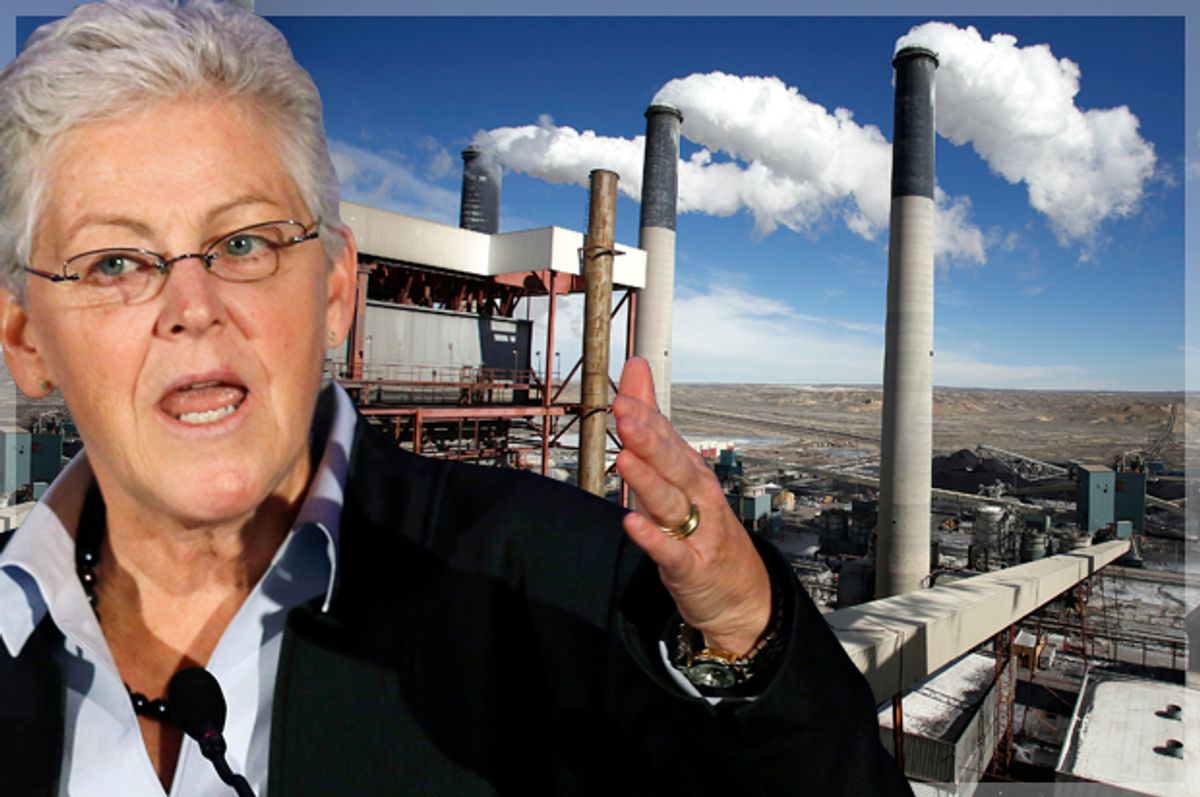 President-elect Joe Biden took the stage Saturday afternoon at The Queen Theater in Wilmington, Delaware, to unveil a slate of diverse nominees for key energy and climate positions, including the prospective heads of the Department of the Interior, Department of Energy, and the Environmental Protection Agency, or EPA.

Biden said his team is "brilliant", "qualified," and "barrier-busting." The former vice president described them as the right people to take on his ambitious climate plan, which includes returning the U.S. to the Paris climate agreement and investing trillions of dollars in green infrastructure in the hopes of pushing the country to go carbon neutral by 2050. Biden promised that the policies espoused by his incoming Cabinet will be a sharp change from a Trump administration that rolled back pollution standards, denied science, and dismantled the regulatory state. Among other efforts, the president-elect pledged to restore Obama-era fuel efficiency standards and prioritize workers over large corporations.

"We'll do another big thing: Put us on the path of achieving a carbon, pollution-free electric sector by the year 2035 that no future president can turn back," Biden proclaimed.

Biden's choice to lead Interior is New Mexico Representative Deb Haaland, who is an enrolled member of the Pueblo of Laguna and has Jemez Pueblo heritage, Haaland will be the first Native American to occupy a position in a presidential Cabinet, if she is confirmed by the Senate.

After being introduced by Biden, a tearful Haaland accepted his nomination, and reminded viewers of the Interior's past actions of trying to stamp out tribal nations, Native languages, and Native cultures throughout the country. "This moment is profound when we consider the fact that a former secretary of the Interior once proclaimed his goal to 'civilize or exterminate' us — I'm living testament to the failure of that horrific ideology," Haaland said. "I also stand on the shoulders of my ancestors and all the people who have sacrificed so I can be here."

If confirmed, Haaland will oversee the management and conservation of more than 500 million acres of federal lands and natural resources. She promised that under her tenure, decisions made by her department to tackle the climate crisis will be "once again driven by science" and guided by environmental justice for marginalized communities.

Biden has nominated Michael Regan, the secretary of North Carolina's Department of Environmental Quality, to lead the EPA. If confirmed, Regan will be the first Black man to head the agency responsible for protecting the country's environment and its citizens' health.

On Saturday, Regan spoke about his childhood spending time outdoors with family and friends, and recalled that his curiosity about how health was connected to the environment stemmed from his own experiences suffering from asthma. Regan, a former EPA intern, said he wanted to restore the trust between state environmental departments and the federal agency, so the EPA could once again become a "strong partner of the states, not a roadblock."

"We will be driven by our convictions that every person in our great country has the right to clean air, clean water, and a healthier life no matter how much money they have in their pockets, the color of their skin, or the community that they live in," Regan pledged. "We will move with a sense of urgency on climate change."

Gina McCarthy, an environmental health and air-quality expert who previously served as EPA administrator under President Obama, is the pick to become the first-ever national climate advisor. Like many of the other nominees, McCarthy connected her work to a formative childhood experience, in her case growing up in a community burdened by air pollution in Massachusetts. Her background led her to a career in public service, where McCarthy worked to help communities like hers so that they could overcome the "legacies of environmental harm" that have endangered their health and livelihoods.

"Back when I was in grammar school, and the nuns used to jump up and say, 'Run, close the windows in your classrooms,' because when the rubber factory across the street started to spew chemical stenches into the air, it would come wafting into our classroom," she recalled. "That smell kept us from recess more days than I or my teacher ever cared to remember."

As the domestic "climate czar," McCarthy will be responsible for coordinating climate action across Congress and multiple federal agencies, pushing for policies that address myriad issues caused by the climate crisis.

Biden has not only promised to put environmental justice at the forefront of his climate policies, he has also pledged to mobilize infrastructure investments to create millions of jobs for American workers. Enter Jennifer Granholm, his nominee to lead the Department of Energy.

Granholm was the first woman to serve as Michigan's governor. She said that her commitment to clean energy was "forged by fire" when the Great Recession of 2008 pushed the automotive industry in her state to nearly collapse. She has promised to help create jobs that would sustainably employ American workers, invoking Biden's presidential campaign tagline "Build Back Better."

"The path to building back better starts with building and manufacturing and deploying those products here — stamping them, made in America," Granholm said. "I know what those jobs will mean for both the planet and for those workers and families."