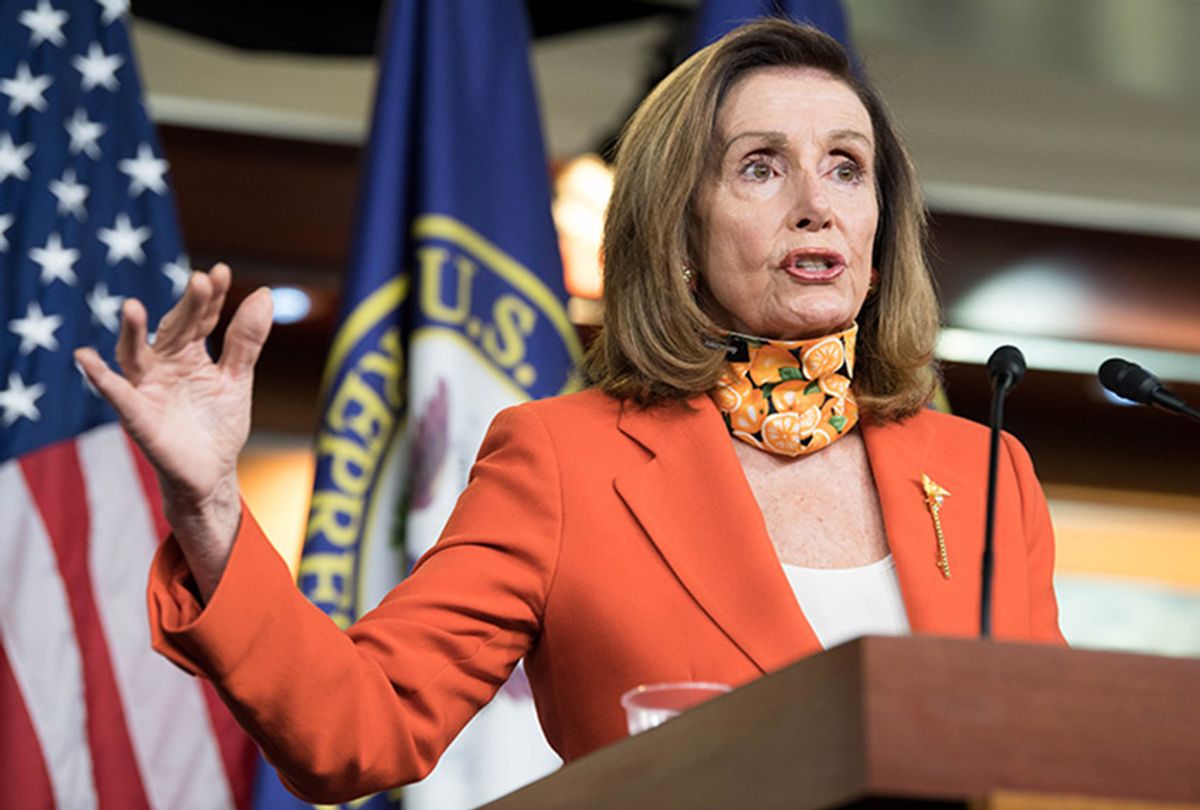 Once all the fuss settles over who can claim appropriate amounts of political credit—I hope none of the congressional leaders gets hurt as they stretch their arms to pat themselves on the back—there will be plenty for pundits and citizens to feast on in this huge compromise COVID-19 aid agreement.

The focus has been about the big items: getting aid directly to U.S. households and extending unemployment, which this does at half the amounts from the first bills last May, and getting loans for small businesses, which this does just as it did in the spring. Yet negotiators from all sides managed to slip in just enough of favored but irrelevant side items to leave a bitter taste.

For openers, the welcome relief monies are coming so late that thousands of small businesses, restaurants, bars have been forced to close. The hope is this lifeline will keep others afloat through the months of vaccinations. More companies are laying off employees either because of a worsening economy or for their own fortunes as companies. In any event, all seem to agree that this was a down payment on aid the incoming Biden administration will have to seek to extend.

The bipartisanship extended not only toward finding things on which to agree but on things on which to disagree so substantially that they are out of the bill altogether. Omitted are aid to states and sweeping limits on corporate liability for any bad behavior toward workers or consumers during the pandemic. Translated, it means the inevitably higher taxes will come from the states and localities rather than the federal government and suing an employer who tells workers to forgo protective gear is still frowned on among congressional Republicans.

Still, walking through the details, it was a little startling to learn we had adopted another $1.4 billion in new funding for Donald Trump's border wall and new border security technology. We also adopted yet another corporate tax break for meal expenses as lobbied for by the White House. That latter was ostensibly to help revive restaurants. It ignores the fact dine-in restaurants are being kept closed as we encounter increasingly severe weeks of the pandemic. The same White House seems to think we don't notice the effects.

Still, Congress actually did something, even if it was in as ugly a way as possible.

Gig workers and freelancers are part of the extension of unemployment benefits. That is an acknowledgment that a huge number of people no longer work directly for a single employer. We need to understand that reality in considering health coverage that depends on employer benefits. The bill extended coverage for the jobless until March.

And while Congress was forced to pass on direct aid to states, Congress found some alternatives. Democrats continued to hammer to some success to expend money for vaccine distribution itself. The negotiations resulted in an agreement to extend the deadline for states and cities to use unspent money approved for them by the earlier Cares Act. States and cities have until the end of 2021 to spend billions of dollars.

The legislation includes $45 billion, for example, for transportation needs such as state transportation departments and Amtrak, which were disrupted by the pandemic. And there is $82 billion for schools, $20 billion for vaccine distribution and $13 billion for a major expansion in food stamps. All costs eventually fall to the states.

The bill also provides $25 billion in emergency assistance to renters, although it remained unclear how that money would be disbursed.

There was generally good news for small businesses, with $325 billion in relief funds for a duplicate of the earlier Paycheck Protection Program funding. The legislation also includes $82 billion for schools and $20 billion for vaccine distribution.

From all the analysis circulating, it seems this package is too little too late, and that it won't do the whole job it expects to do for individuals, small businesses or the national economy.

Too much depends right now on how successful the vaccine and increased disease testing is at bringing down contagion. Lowered instances of disease can translate into business rebounds for more average businesses; the Wall Street bigs seem to do just fine through it all.

A political skeptic would say that this difficult a fight to do what seems an obvious aid package suggests a much more difficult fight ahead once Joe Biden takes office—and a lot dependent on the outcome of those two Georgia U.S. Senate seats up for a vote on Jan. 5.

Even the straight-forward parts of the bill are not exactly straight-forward. Evictions were put off for a month, to Jan. 31. Biden takes office on Jan. 20, leaving just 10 days including weekends to resolve a clearly needed extension beyond that arbitrary deadline.

A lot also is riding on just what happens once coronavirus vaccinations move beyond the first designated groups. There is no guidance on which industries will qualify as earliest "emergency workers" categories and no federal policy discussions about whether employers can require vaccination to return to work. Whether the Biden Labor Department will take a much more aggressive role in inspecting workplaces for safety, for example, is in question.

At the end of the day, a whole lot of Washington is going to feel prideful about turning itself inside-out to achieve a modicum of bipartisanship. While differences exist, relief should have been a no-brainer for months already.

Biden is going to tap into every bit of that mock pride, quickly.