Unlike some other crops, sugar — the stand-alone product, as well as the ingredient — is lacking in traceability 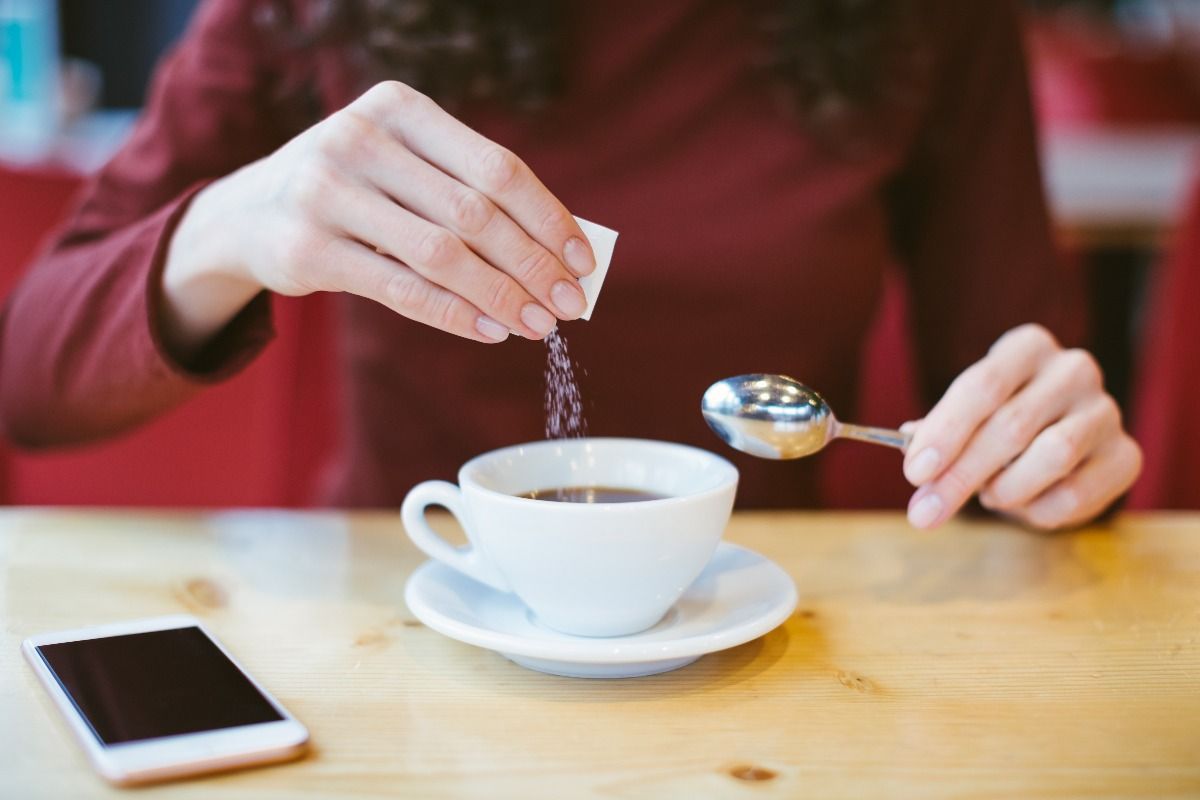 Americans sure love sugar; we each eat an average of 6 cups of the stuff a week, for a total of 152 pounds a year. When we think of the granules and syrups we or manufacturers purposefully add to our foods (not the fructose, glucose, and lactose that occur naturally in fruits, vegetables and dairy), it's usually in terms of their effects on our bodies: The calories they add to our diets. The holes they bore in our teeth. Their contribution to diabetes and heart disease. Even, on the plus side, the small pains sweetness can soothe away in the very young.

Rarely, though, do we consider sugar's implications on planetary health, or the wellbeing of the farmers and other workers responsible for getting it to us. This in spite of the fact some challenges in its production are similar to those for crops like cocoa, bananas, palm oil that grab headlines for destroying habitat, contaminating soil and water, supplying poverty-level wages, and relying on trafficked and enslaved labor.

Unlike these other crops, though, sugar — the stand-alone product, as well as the ingredient — is lacking in traceability. Want to know where the sugar in your jar or your jam or your juice came from? "That requires consumers to do their own investigations, which is a luxury only for the most affluent," says Alex Bjork, a senior director in private sector engagement for World Wildlife Fund (WWF), which is part of an international consortium, called Bonsucro, that certifies sustainable sugarcane. Even for those willing to take research into their own hands, there's not much consumers can learn about the source of their sugar, unless a company wishes it to be so.

Sugar grown outside the US

The US's Country of Origin Labeling law (COOL) requires retailers to include information on where fruits and vegetables, fish, certain nuts, and some cuts of meat originated. But COOL doesn't apply to sugar, even though about 30 percent of our supply is imported from Central and South America, Asia, Africa, and the Caribbean, according to industry group Sugar Association.

Even sugar that claims it was made in the USA may not have been grown within our borders; rather, it may have been imported in the form of raw cane sugar and merely refined here. "That lack of [full] traceability, along with the fact that sugar is often embedded with other ingredients, makes it hard for consumers to connect" social and environmental issues with it, says Fairtrade America COO Bryan Lew.

Thanks to this knowledge vacuum, you might never realize that the sugar you're eating came from Brazil, for example, where some large-scale operations may clear-cut forest to make way for sugarcane plantations, displacing both indigenous people and wildlife. Or that it originated in US preferential trade partner regions like the Dominican Republic, where, Bjork says, clearcutting's not an issue because "A lot of conversion happened there centuries ago" — but labor and human rights violations, like slavery, still exist.

This dearth of knowing "continues to put sugar farmers at risk for worse working conditions," says Lew, because consumers might be unaware that these issues exist in the first place, let alone understand the need to advocate for ethical sugar.

Sugar that originates in the US — 70 percent of what we consume — is derived mostly from "Roundup Ready" GMO sugar beets, which are grown on large-scale, highly mechanized commodity operations in the Upper Midwest and on the West Coast. A slightly smaller amount (45 percent) comes from sugarcane plantations in Florida, Louisiana and, to a lesser degree, Texas. Most American-grown sugar turns up as an ingredient in commodity foods (cookies, cereals, soda, yogurt), as opposed to bags and boxes of granulated sugar. And a minuscule amount of US-grown sugar qualifies as USDA Organic; it's mostly grown in Central and South America. A presentation to the USDA by producer Wholesome Sweeteners put consumption of organic sugar in 2019 at 1 percent of "caloric sweetener consumption, with demand growing and outpacing supply.

There's little molecular difference between the sugars, although a SFGate story by Miriam Morgan, updated in 2019, found that beet and cane behaved differently in recipes — with cane sugar considered by testers to be "superior" to beet. According to the piece, we grow more beets, in part because they're cheaper to process, requiring one pass in the refinery instead of two.

The Sugar Association touts the sustainability of each crop, crediting GMO beets with lower herbicide use, decreased tillage, and other "advancements" in greenhouse gas emissions reductions; and sugarcane with fixing carbon in the soil, since it doesn't necessarily require annual planting. The group also points out that by-products from both crops have numerous applications, from livestock feed to fuel.

Across the board, though, growing practices are still a far cry from truly impact-free. To get the sugar industry closer, Bjork says initiatives like crop rotations for conventional sugarcane would help fix nitrogen in the soil, build soil health, and further limit the need for agricultural chemicals. (Organically grown sugar, on the other hand, results in fewer carbon emissions and higher carbon sequestration levels, in addition to better soil-enhancing farming methods.)

Bjork says sugarcane is a "thirsty" crop, and one that also contributes to chemical and sediment runoff into waterways. "Water quality is the number one issue with US sugarcane, and anything that could be done to manage chemical use is really important," he says.  Sugarcane fields and other agricultural operations have been implicated in red tide and algal blooms in Florida's Everglades, for example, resulting in an "ecological disaster" that sickens sea turtles and leads to mass die-offs of fish, dolphins, birds, and endangered manatees, according to the Florida Fish & Wildlife Conservation Commission.

Although the practice of setting fire to sugarcane fields after harvesting has been largely phased out — the leftover material, known as "trash," can improve soil health if well-managed — it's still being practiced in some regions of Florida. As recently as this past September, the Miami Herald's Gilda di Carli reported on sugarcane fields set ablaze next door to an elementary school, resulting in the release of toxic and climate-impacting black carbon, particulate matter pollution and asthma flareups in majority-Black Palm Beach County.

When it comes to labor issues, US beet and sugarcane farms are both heavily mechanized, which means they largely don't rely on manual harvesting. That makes them "less risky from a labor standpoint," says Bjork. There's also not much expansion of crop fields into natural areas anymore — that happened decades ago — making land use for cane and beet pretty much static.

But that doesn't mean all is rosy for US sugar workers. Vanity Fair's Marie Brenner wrote an exposé in 2011 on the Fanjul family, which owns Florida Crystals. The piece implicates the company in large-scale wage-theft from its mostly Jamaican laborers, some of whom said they'd been treated as "slaves." (Some of the Florida fields set alight were also owned by Florida Crystals.) The powerful family's potential human rights violations, here and abroad, are known to the State Department, which has sought improved conditions for workers; according to Al Jazeera, though, their "lucrative relationships" with various politicians helps them avoid penalty.

Finding ethical sugar on the shelves

Where does this leave consumers hoping to support ethical practices with their sugar-buying dollars? Labels can help a bit. Lew says he's starting to see craft soda makers proclaiming their use of cane sugar, which differentiates them from beverage makers that use high fructose corn syrup or beet sugar and the problems that come with the highly processed sweetener and GMOs.

Bjork advises scanning products to see if a brand mentions sourcing on its packaging: "Does it talk about origins, or what it's doing with farmers to reduce impacts and support livelihoods?"

The Fairtrade label means that you'll be eating sugar and sugar-containing products that are non-GMO — again, for the moment, that means cane sugar, although Bjork notes that GMO sugarcane will likely hit the market in force in the next five years. It also means you're supporting smallholder farmers who are paid fair wages and are not allowed to employ forced or child laborers. Fairtrade products are also mandated to improve soil fertility and water quality, reduce greenhouse gas emissions, and take measures to protect biodiversity. Another positive for sustainability, says Lew, is that some farmers are growing sugarcane outside a monoculture system, in conjunction with shade-providing cocoa and bananas.

Companies like Tony's Chocolonely and Ben & Jerry's manufacture products containing not only Fairtrade sugar, but Fairtrade cocoa, bananas, vanilla, coffee, almonds, and other ingredients, as well.

There are a number of organic bag sugar brands on the market: from Kirkland, Wholesome, even Florida Crystals. But even though soil health benefits here, laborers don't necessarily, since the USDA organic standard does not include standards for workers. To that end, both Trader Joe's and Tate and Lyle offer Fairtrade third-party-certified organic sugar that provides assurances of fair working conditions. For sugar-containing products, USDA Organic allows for four different labels, indicating if 100, 95, at least 70, and less than 70 percent of ingredients used are organic.

You won't find evidence of Bonsucro certification on consumer-facing labels. Instead, the organization compels very large corporations like Coca-Cola and Unilever to purchase traceable cane sugar produced in accordance with seven standards that touch on fair labor and improved sustainability and biodiversity, and to incorporate it along their supply chains. "We're focused on global platforms to try to set expectations and standards for sourcing that can send strong market signals and drive change," says Bjork.

Neither Fairtrade nor Bonsucro work with any US-based sugar producers, although Bjork says there are some mills that could easily qualify for Bonsucro if the certification could gain traction among large-scale producers here. Will it? That's anyone's guess.

"Right now it's a race to bottom for price, and people in many sectors are producing sugar in cheapest way possible," says Lew. "If this were easy to fix, we would have been there a long time ago."