Why I'm adding pickled shiso to — well, everything

Drape it over grain bowls with jammy eggs, mix it into rice with beef or tofu and so much more 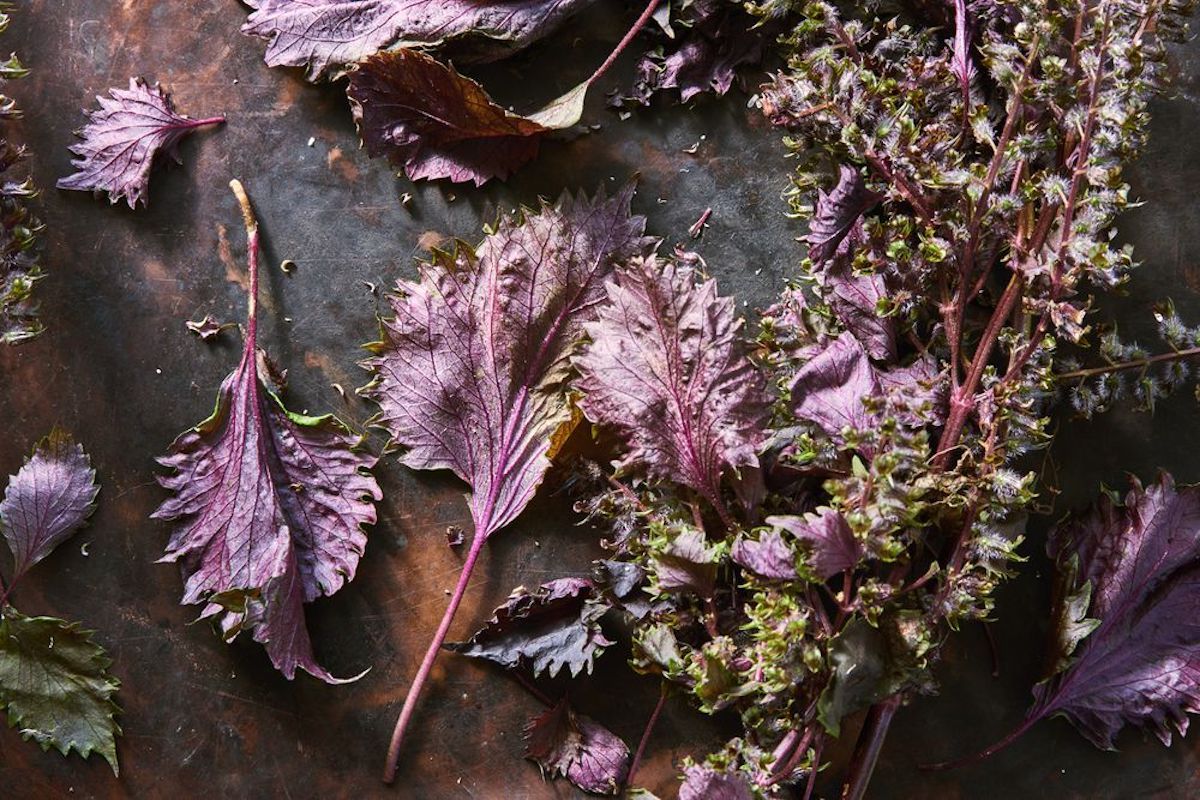 Living in the pastoral Hudson Valley, I have room to grow things. This year's garden flourished, and within it, my second season growing red shiso, an herb in the mint family with a floral aroma. In Japanese cooking, red shiso is known best for its rich hue that stains umeboshi, or pickled plums.

It self-seeds freely in my garden and so as a result, I have a lot of it. Not one to waste, I have used it in all manner of things over the growing season: leaves added to ceviche, chopped into grain dishes, piled generously onto salads, as an aromatic in making pickles; paired with pork, chicken, ribs, and more. Then arrived the end of warm days.

The chill set in quite quickly. I had so much of the stuff and I needed to find a way to savor the last of my harvest.

If I've scored wild mushrooms while out on a bike ride, or if the radishes at the market looked especially cheery that day, or if I'm just managing the glut of tomatoes my kitchen garden produced, there is always something I don't want to have spoil that could live another life, if only I made time to preserve it. After some reading to investigate how to capture red shiso's best qualities, I landed on pickled shiso. After all, since it's traditionally used in pickled preparations, it was all but guaranteed to work well with a puckery bite.

Rather than create a traditional brine, I took inspiration from shiso's presence in Japanese cuisine and used shoyu as the base. (This technique is also similar to the traditional Korean banchan, kkaennip-jangajji, which comprises Korean perilla leaves steeped in a spicy soy-based brine.) The shoyu performs double duty: It is salty but also earthy, adding more depth to the shiso than the leaves relay on their own.

In many pickle recipes, I use chili peppers and garlic, so they're natural aromatic additions. In this preparation with the delicate leaves they are minced. When I create a brine I often add a small amount of sugar to balance the saltiness. Here I chose maple syrup — also earthy — and its mellow sweetness makes a great complement.

A nice thing about this method is that once you've layered the leaves with the aromatic marinade — the longest part of the process here — the condiment is ready to eat after just a day or two. I've been adding it to nearly everything. Punchy, savory, nuanced. I managed to use as much of the bounty before the weather turned and give them purpose, a special satisfaction indeed!

The tricky thing is, now that I've made pickled shiso a couple times, I wish I'd known about it sooner. Pickled shiso is now part of my permanent repertoire, and I cannot wait to see its beautiful leaves unfold next year and get to work bottling the season.