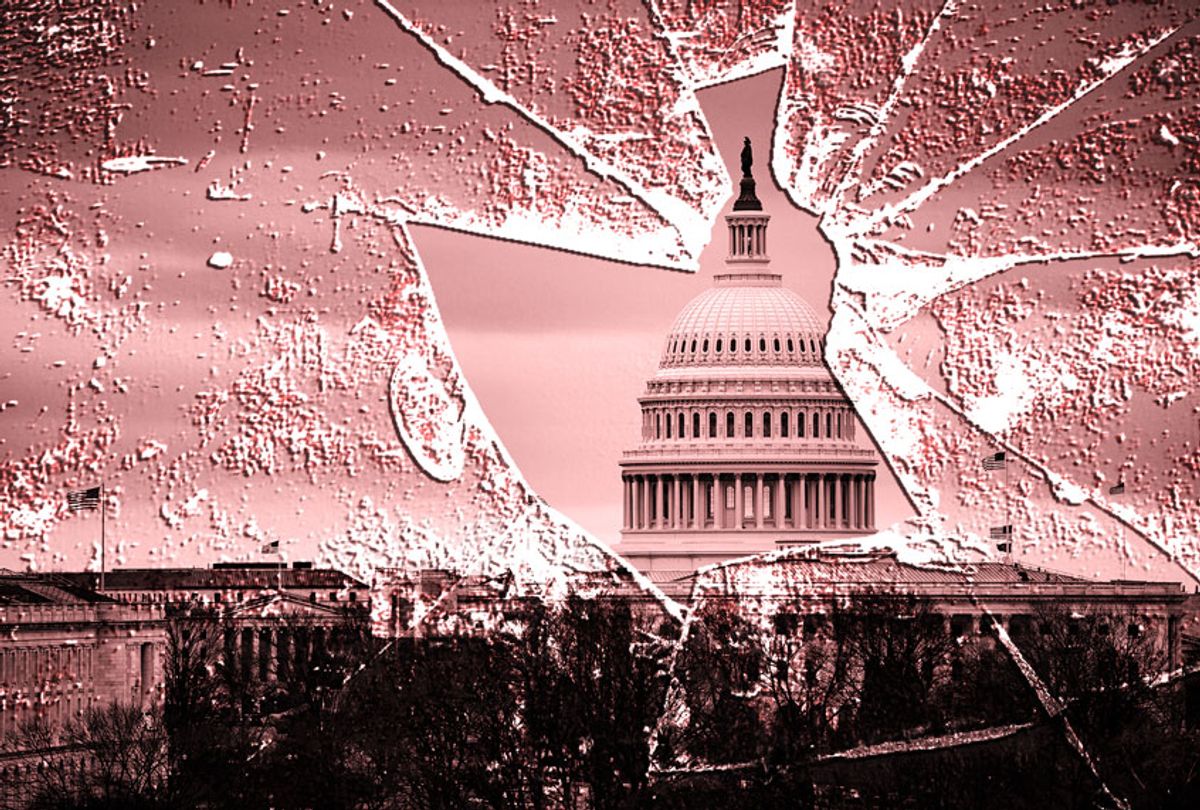 Louisiana Congressman-elect Luke Letlow has passed away after being hospitalized with COVID-19.

On Tuesday, Dec. 29, the newly elected congressman's spokesperson released a statement on his Facebook page confirming his death. "Congressman-elect Luke Letlow, 41, passed away this evening at Ochsner-LSU Health Shreveport due to complications from COVID-19," Letlow spokesman Andrew Bautsch said.

Bautsch also included remarks on behalf of Letlow's family saying they: "appreciate the numerous prayers and support over the past days but asks for privacy during this difficult and unexpected time."

Letlow's death comes almost two weeks after he was hospitalized at St. Francis Medical Center in Monroe, La. On Dec. 23, it was announced that he had been transferred to Ochsner LSU Health Shreveport Academic Medical Center in Shreveport where LSU Health Sciences Center Chancellor G.E. Ghali confirmed he was in stable condition and being treated with "Remdesivir and steroids as part of his regiment therapy," according to The New Star.

However, over the next several days, his condition worsened.

In the wake of Letlow's death, a number of other lawmakers offered their condolences on social media. With a number of photos he had taken with Letlow, Rep. Garrett Graves (R-La.) tweeted, "Luke Letlow is now with our Creator, but his premature departure from this world is a huge loss to Louisiana and America. Just weeks ago, voters overwhelmingly chose Luke to represent them in Congress."

He added, "They saw what so many of us know of Luke - kind, smart, quick-witted, God-fearing, hard-working, honest and just a good guy. I looked forward to working with him in our small delegation in Washington. This news is hard and words cannot express my sorrow right now..."

Luke Letlow is now with our Creator, but his premature departure from this world is a huge loss to Louisiana and Am… https://t.co/F7Vv4Kmo2F

Life is a fragile gift. Luke's passing reminds me how thankful we should be everyday for all of the blessings and c… https://t.co/Id26YXTrN0

New Orleans Mayor Latoya Cantrell (D) also weighed in via Twitter saying, ""We are heartbroken to learn of the passing of Congressman-elect Luke Letlow. He was a promising young leader who loved Louisiana deeply. Our prayers go out to his family and loved ones."

We are heartbroken to learn of the passing of Congressman-elect Luke Letlow. He was a promising young leader who lo… https://t.co/iisN3h1GfH

Details about Letlow's funeral arrangements have yet to be announced. According to CNN's outline of Louisiana state law law, "a special election will now take place to elect someone to represent the state's 5th Congressional District."