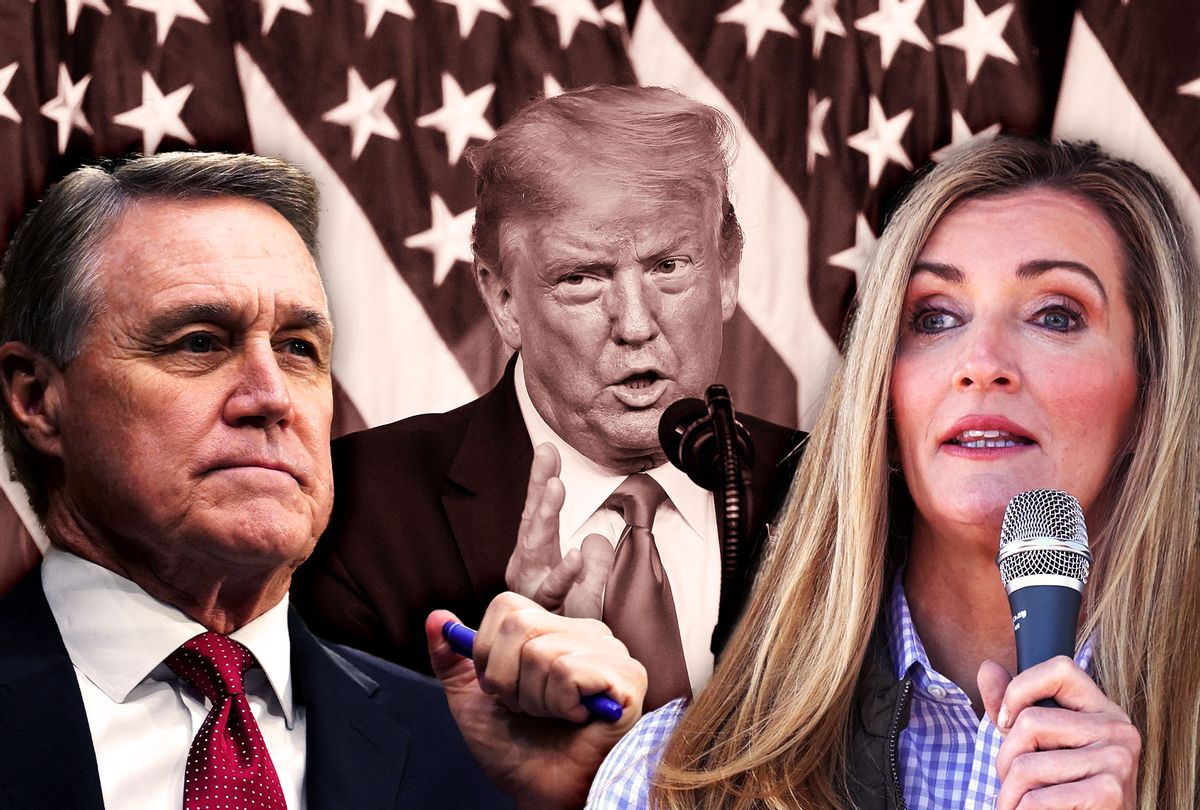 After delivering a crucial victory for Joe Biden in November, Slay and millions of other change-hungry Georgia voters set their sights on something even bigger.

They want to help the new administration put America on the path to health and shared prosperity.

By electing Reverend Raphael Warnock and Jon Ossoff in the state's January 5, 2021, runoff elections for the U.S. Senate, Georgians will lock in congressional support for Biden's agenda to defeat COVID-19 and build an economy that works for everyone.

Moving America forward matters so much to Slay, an American Red Cross laboratory worker and unit chair of United Steelworkers (USW) Local 254, that the longtime voter threw herself into campaigning for the first time.

Slay operates a one-person phone bank from her suburban Atlanta living room, urging one registered voter after another to join the surge of Georgians pushing their state—and the country—in a fresh direction. She wants voters to make sure they grasp the importance of electing Warnock and Ossoff and giving Democrats a Senate majority in January 2021.

Many of those on the other end of the line tell her, "We're with you."

More than a million Georgians requested mail-in ballots for the runoffs, and hundreds of thousands lined up the week before Christmas for the start of early balloting—more signs that the voters who turned out in record numbers for Biden want a further hand in charting America's future.

"It's a lot of people coming together and standing up for what's right," Slay said, noting that young voters, Black women, suburbanites and beleaguered health care workers, among many other groups, coalesced into a movement for change.

Their goals include social justice, economic equality, affordable health care and an end to a pandemic that's wiped out far too many lives and jobs.

"I think everybody is about fed up," declared Slay, who saw her own hours at the Red Cross temporarily reduced when COVID-19 affected blood collection efforts this past spring. The experience gave her a firsthand look at the financial challenges many of her neighbors faced even before the health crisis struck.

She knows Warnock, who grew up poor in a very large family, and Ossoff, an investigative journalist who rooted out crimes like sexual slavery and human trafficking, will help push through a long-overdue, robust stimulus package to help Americans battling to survive the recession.

Since May, the House twice passed the Health and Economic Recovery Omnibus Emergency Solutions (HEROES) Act to support millions of laid-off workers and jump-start the economy.

Americans demanded the Senate pass the HEROES Act as well. However, Senate Majority Leader Mitch McConnell, who cares more about protecting the corporations that recklessly exposed workers to COVID-19 than he does helping destitute families, refused for months even to consider the bill.

Rather than demand the Senate take up the legislation and address a spiraling crisis devastating many of their own communities, Georgia's incumbent senators stood idly by and were McConnell's silent partners in hanging the American people out to dry. Adding insult to injury, these super-rich incumbents profited from highly lucrative stock trades while their constituents struggled to put food on the table and protect their families from the virus.

"It seems like they're all about keeping the rich, rich," Slay observed.

While Americans right now need federal unemployment benefits and protection from eviction to endure the pandemic, Slay and other forward-looking voters remain fixed on a much broader agenda that will ensure a brighter, more equitable future for all Americans.

The pandemic compounded families' financial struggles, forcing many to burn through the meager savings they did have.

That's why voters like Slay can't wait to help put Biden's Build Back Better plan into motion. The campaign will restore America's manufacturing base and overhaul the nation's infrastructure, creating millions of family-sustaining jobs that rebuild the middle class and spread prosperity to communities across the U.S.

"Ordinary people will have better opportunities," observed Slay, a single mother who struggled at times to raise two sons and an orphaned nephew. "They want increases in pay. They want their health benefits. They can't afford to lose anything else."

Georgia's new coalition of voters also champions an increase in the $7.25-an-hour federal minimum wage, which traps millions in poverty. And they want to crack down on corporations that take huge tax breaks for plants and mills but pay workers abysmal wages.

"The spotlight is on Georgia," said Ford, noting Warnock and Ossoff will help Biden level the playing field for ordinary Americans. "We have the ball. It's fourth down. If we vote, change can come."

When energized Georgia voters overcame Republicans' long history of voter suppression to sweep Biden to victory in November, it was exactly the outcome that Slay expected.

Now, she said, she's pouring her heart and soul into the runoffs because she's convinced that the wave started in Georgia will spread around the country.

"It makes me feel like I'm making a change," she said.