How do you mass-produce something microscopic? Here's what happens inside a vaccine production facility 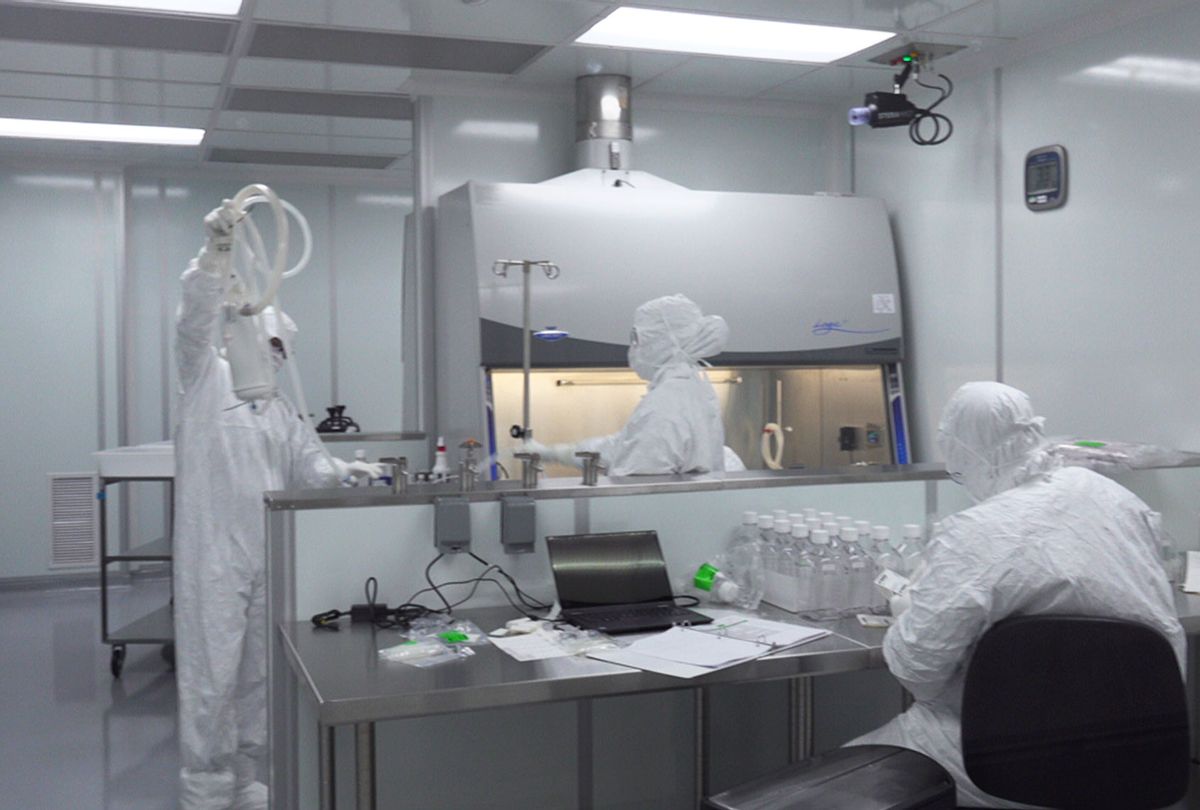 Now that pharmaceutical giants Moderna, Pfizer, and BioNTech SE have released coronavirus vaccines, the biotech industry's next hurdle is manufacturing hundreds of millions of doses in order to inoculate millions and thereby create herd immunity.

Yet the manufacturing process is hard to fathom for most, as vaccines aren't mass-produced in the same way as goods like cars and toys. Indeed, the reality defies the popular conception of a "factory":  the vaccines aren't stamped out like radiators. That's because the vaccine's content is microscopic — nanometers-wide strands of artificially manufactured messenger RNA encased in a lipid (fat-like molecules) sheath made of nanoparticles.

The difficulty of envisioning where vaccines come from, and the microscopic nature of their production, makes their production a bit mysterious to the general public. Indeed, just as the coronavirus vaccine research process has faced much public scrutiny, many are curious as to how vaccines are known to be safe and to contain what they say they contain.

In general, the process starts long before vaccines are mass-produced, as companies have to gather the raw ingredients. That means that it usually takes anywhere from one to three years to manufacture a vaccine, according to Vaccines Europe. After assembling the raw materials necessary for vaccine development, companies than have to create the antigen (a live or inactivated substance that can induce an immune response); couple the antigen with substances that help make it safer and more effective; make sure the vaccine is filled in sterile vials or syringes;  then package, ship and distribute them.

That's the normal situation. Obviously, given the extreme urgency precipitated by the pandemic, the situation is slightly different with the coronavirus vaccine. Because more than 81 million people worldwide have contracted COVID-19 (including more than 1.7 million who have died from it), companies have poured far more resources and energy into developing this particular vaccine than usually goes into a vaccine manufacturing process. In addition, while conventional vaccine platforms use weakened forms of disease-causing germs to train the body's immune system to recognize specific antigens, the Moderna and Pfizer vaccines are mRNA vaccines. This means that scientists train the body's immune system to fight a dangerous invader (in this case, the SARS-CoV-2 virus) by injecting a modified strand mRNA — or the single-stranded RNA molecule that complements one of the DNA strands in a gene — into the body. This trains cells to produce proteins like those found in a given virus so the immune system can recognize them as antigens and learn how to fight them. It is a bit like running war games simulations for soldiers so that they will be better capable of fighting an actual enemy in combat.

Despite the fact that these are a newer type of vaccine, the manufacturing structure is basically the same as those for conventional vaccine platforms. Pfizer, for instance, used a manufacturing site in St. Louis to create its raw materials and manufactured the substance itself in Andover, Massachusetts and Kalamazoo, Michigan. In terms of European manufacturing, the company has also created a COVID-19 vaccine manufacturing centers in Puurs, Belgium while the company's partner BioNTech expanded capacity at two factories in Germany.

Jerica Pitts, director of Global Media Relations at Pfizer, told Salon by email that the the plasmid DNA for the vaccine antigen is manufactured in the St. Louis site. The DNA that will be a template for the mRNA vaccine is created in the St. Louis raw material manufacturing facility "in a cell culture process," with the facility containing massive stainless steel vats for growing the cells and including other equipment needed to purify and linearize it, such as centrifuges and traditional scientific laboratory equipment. After undergoing numerous quality control checks, the raw material is then sent over to their facilities in Germany or Andover, Massachusetts in clear bottles that are kept at frozen temperatures so that the raw materials will not be destroyed en route.

Once they arrive, the DNA template is put in an incubator that includes genetic building blocks so that it can be used to create mRNA. While there the template DNA undergoes an "enzymatic process" — in which enzymes help catalyze a series of reactions, and where it is incubated with the "building blocks" of mRNA.

After that, the mRNA drug substance is purified, and shipped to Kalamazoo. The purified mRNA is then put in plastic bags roughly the same size as large shopping bags, frozen, and — in the case of the Massachusetts facility — hung on a carefully designed frame for transportation to the Kalamazoo facility.

The Kalamazoo, Michigan facility is where the vaccine enters the "formulation, fill and finish" stage, Pitts says. At Kalamazoo, they receive the mRNA drug substance and combine it with other raw materials.

Because it is absolutely essential that the samples remain frozen, the Kalamazoo warehouse has hundreds of ultracold freezers. Each freezer holds stacks of white trays that are roughly the same size as a pizza box, and those trays in turn each have 195 identical glass vials that contain droplets of the frozen vaccine. Once workers are certain that the vaccines are still safe and that there are absolutely no sterilization issues, "the bulk vaccine will then be transferred to an aseptic filling line where it will be filled into a sterilized vial and capped," Pitts told Salon. There are two filing lines in total, with workers quickly filling the vials; one team can boast of being able to fill 600 vials in a minute.

The now-ready vials are inspected once again for safety, packaged, labeled and then packed into containers, which are stored in various freezers before ultimately being placed in dry ice shipping containers so they can be shipped across the country. This last step is crucial because the Pfizer/BioNTech vaccine candidate needs to be kept at –70°C.

Moderna, the other major biotech company with an approved coronavirus vaccine, is utilizing a number of factories and contracting out its work. This includes using a contract manufacturing facility owned by the drugmaker Catalent in Bloomington, Indiana, according to NPR. Catalent makes more than 70 billion doses every year of a number of different types of drugs and is helping Moderna with the process of filling vials with the vaccine so that they can eventually be distributed to the larger population.

Another factory creating the Moderna vaccine is in the Swiss Alps and is run by the biotechnology and chemicals company Lonza Group. Lonza is particularly noteworthy because, instead of building factories that specialize in creating specific vaccines or drugs, it builds shells for facilities that can be quickly modified based on specific manufacturing needs.