In a last-minute rule change, the Trump admin rolls back water-saving standards for showerheads 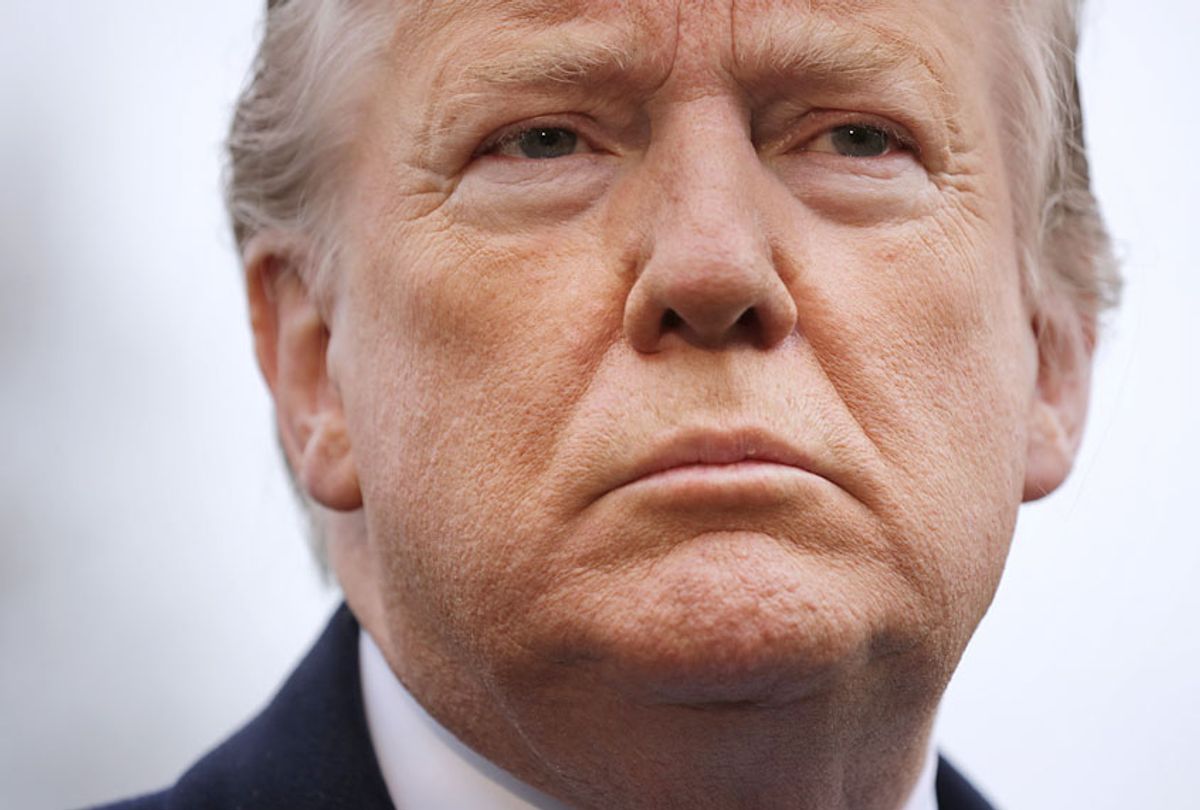 For more than 25 years, Congress has directed U.S. government agencies to set energy and water efficiency standards for many new products. These measures conserve resources and save consumers a lot of money. Until recently, they had bipartisan support.

But President Trump has turned efficiency standards into symbols of intrusive government. His administration has opposed many of these rules, including standards for light bulbs, commercial boilers, portable air conditioners and low-flow toilets. His latest target: showerheads.

The Energy Policy Act of 1992, passed by a Democratic Congress and signed by Republican President George H.W. Bush, set the maximum flow rate for showers at 2.5 gallons per minute. Now the Trump administration has increased that rate, which Trump calls inadequate to wash his "beautiful hair."

It may sound funny, but it's not. As someone who writes and teaches about water law and policy, I know that the U.S. water supply is finite and exhaustible. Most Americans take water for granted, but as population growth and climate change exacerbate water shortages, experts increasingly argue that water policy should promote conservation. 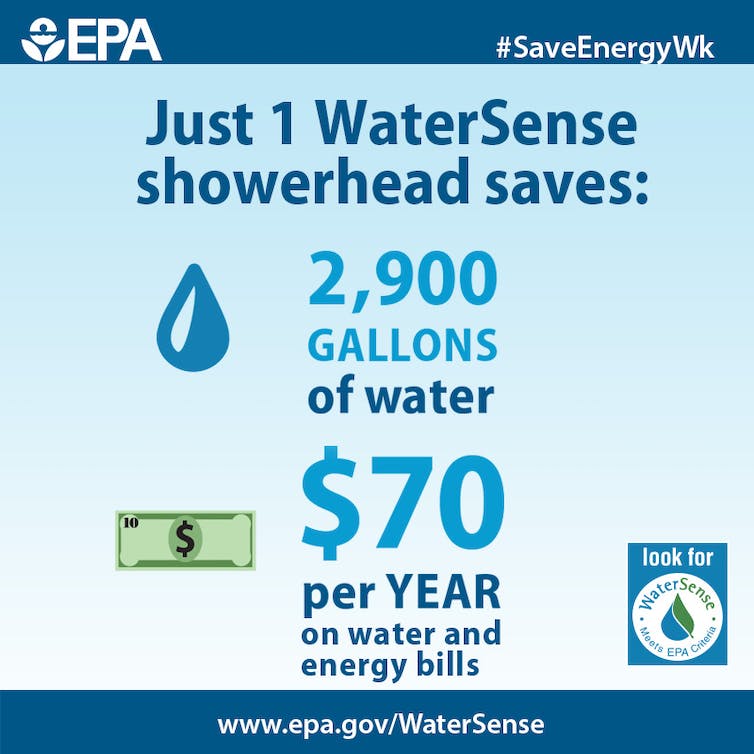 The Trump administration is rolling back a regulation that has spurred manufacturers to produce high-efficiency showerheads. EPA

On Aug. 13, 2020, the Department of Energy's Office of Energy Efficiency and Renewable Energy issued a Notice of Proposed Rulemaking to amend the existing standard for showerheads. The document's definition of showerheads exemplified the byzantine logic behind this policy shift.

For example, it provided three images of fixtures with between three and eight heads attached to a single pipe coming out of the wall. So long as none of the individual heads had a flow greater than 2.5 gallons per minute, the measure asserted that each fixture satisfied Congress' quest for water and energy conservation.

Under the Trump administration's rule, each of these fixtures can produce up to 2.5 gallons of water per minute from each separate nozzle. Prior law limited the entire device to 2.5 gallons per minute. DOE

How can the Energy Department allow shower fixtures with as many as eight heads, each emitting 2.5 gallons per minute? For context, Webster's dictionary defines a showerhead as a "fixture for directing the spray of water in a bathroom shower."

But the Trump rule interpreted "showerhead" to mean "an accessory to a supply fitting for spraying water onto a bather." With this sleight of hand, a congressional rule limiting showerhead flows can be deftly avoided by installing a hydra-headed fixture with multiple "showerheads," each flowing at 2.5 gallons per minute. 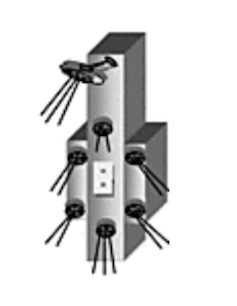 The new rule classifies this device as a 'body spray,' not a showerhead. DOE

The agency also released a fourth image of a wall fixture with seven nozzles, which the new rule would not subject to the 2.5 gallons per minute maximum. The Energy Department deemed these fixtures a "body spray" rather than a showerhead because they are "usually located" below the bather's head. (Of course, the person showering may be short, or the plumber may install the fixture high on the shower wall.) Body sprays may have six or eight nozzles with no flow limits.

The sad part of this foolishness is that the Environmental Protection Agency's WaterSense program, which identifies water-efficient projects and promotes water conservation, has been spectacularly successful, at virtually no cost to consumers or the regulated community. Showers constitute 17% of residential water use. That's 40 gallons per day for the average family, or 1.2 trillion gallons annually in the United States.

WaterSense fixtures and appliances have saved Americans more than 4.4 trillion gallons of water and US$87 billion in water and energy expenses since the program began in 2006. Low-water-use fixtures – including showerheads, toilets and washing machines – are now the accepted norm across the United States.

Some early products, such as the first high-efficiency toilets, had some hiccups. But that was 20 years ago. Today, notwithstanding President Trump's declaration that "people are flushing toilets 10 times, 15 times, as opposed to once," consumers embrace low water-use fixtures because they work well, save money and reduce water and energy consumption.

Today the United States faces serious water problems. Georgia and Florida are fighting a prolonged battle over flows in the Apalachicola River, which the two states share. Excessive groundwater pumping is causing water levels in wells to plummet and springs to dry up. As I explain in my book, "Unquenchable: America's Water Crisis and What To Do About It," farmers are competing with cities for water.

COVID-19 has helped to make the affordability of water a national issue. Some rural areas, such as the Navajo Nation, where many people need to haul water to their homes and villages, have higher rates of coronavirus infection. People who have lost their jobs find themselves unable to pay their water bills, which in turn compromises the financial stability of water providers.

More than 2 million Americans don't have running water in their homes, according to a 2019 report.

Allowing showers to use more water will have several unfortunate consequences for cities across the country. It will increase the amount of water cities must treat; raise the chances of raw sewage overflows at water treatment plants – especially in cities such as Washington, D.C. that combine storm and sewer water; and increase the amount of energy used to pump and treat water.

Disrupting low-flow fixture rules will create special hardships for western cities, such as Los Angeles and Las Vegas, that have struggled with water shortages for decades. Both cities remarkably reduced their total water use between the 1980s and 2020, despite rapid population growth, partly by converting residences to low water-use fixtures.

Water is not just another natural resource. Without it our bodies cease to function, our crops dry up, and our economy grinds to a halt. We can't make any more water, so it makes sense to use the water we have wisely.

This is an updated version of an article originally published on September 1, 2020.