Unaffected by potential pardons, The office of Cy Vance continues its criminal investigation of President Trump 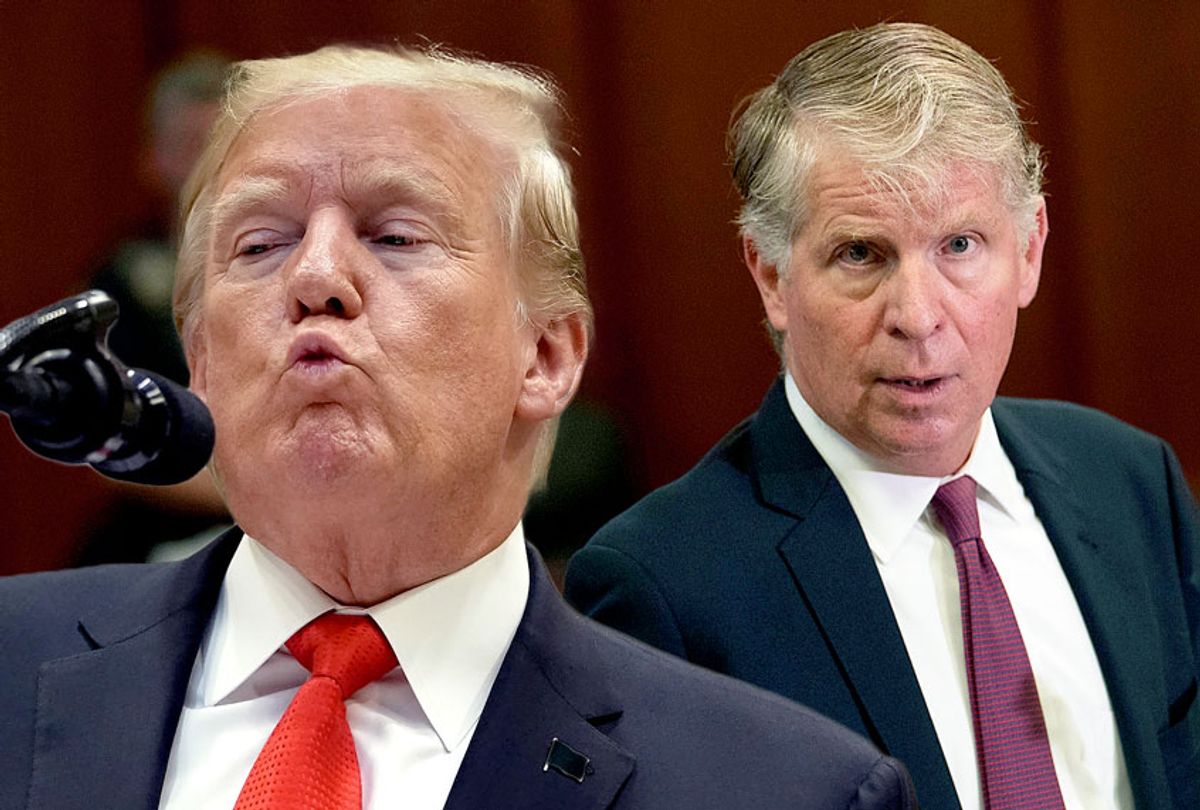 Legal and constitutional experts have been debating President Donald Trump's ability to grant himself a preemptive pardon before he leaves office on Jan. 20, 2021. But presidential pardons only exist at the federal level, not at the state level — which means that they would not affect any investigations being conducted by Manhattan District Attorney Cyrus R. Vance Jr., whose office has been aggressively probing Trump's finances. And Washington Post journalists Shayna Jacobs and Jonathan O'Connell are reporting that according to sources, Vance's office "has retained forensic accounting specialists to aid its criminal investigation of President Trump and his business operations, as prosecutors ramp up their scrutiny of his company's real estate transactions."

"Vance has contracted with FTI Consulting to look for anomalies among a variety of property deals, and to advise the district attorney on whether the president's company manipulated the value of certain assets to obtain favorable interest rates and tax breaks, according to a person with knowledge of the investigation who, like others, spoke on the condition of anonymity because the matter remains highly sensitive," Jacobs and O'Connell report. "The probe is believed to encompass transactions spanning several years."

The Post reporters note that in 2018, Vance's office launched an investigation "to examine alleged hush-money payments made to two women who, during Trump's first presidential campaign, claimed to have had affairs with him years earlier" — adding that the investigation "has since expanded and now includes the Trump Organization's activities more broadly."

"Vance's office has suggested in court filings that bank, tax and insurance fraud are areas of exploration," Jacobs and O'Connell explain.

FTI Consulting, according to the Post reporters, "provides a range of financial advisory services to clients worldwide in public and corporate sectors."

"The analysts hired by Vance probably have already reviewed various bank and mortgage records obtained from Trump's company as part of the ongoing grand jury investigation, and they could be called on to testify about their findings should the district attorney eventually bring criminal charges, said the person familiar with the arrangement," according to Jacobs and O'Connell.

Vance's office has been pursuing Trump's tax returns and probing his relationship with Deutsche Bank and the insurance broker Aon, and the president has argued that the probes amount to harassment. Trump and his allies have also accused Vance, a Democrat, of investigating him for partisan reasons.

"It is possible Vance could find evidence that the Trump Organization, as a business entity, has broken the law, without attaching personal liability to Trump or other individuals at his company," Jacobs and O'Connell explain. "To bring criminal charges, the district attorney must be able to prove there was an intent to break the law — which probably would require the testimony of an insider witness, experts have said."