Lame-duck Trump regime rearms Saudi monarchy and other autocratic pals: $4B to Kuwait, $169M to Egypt, $65M to UAE 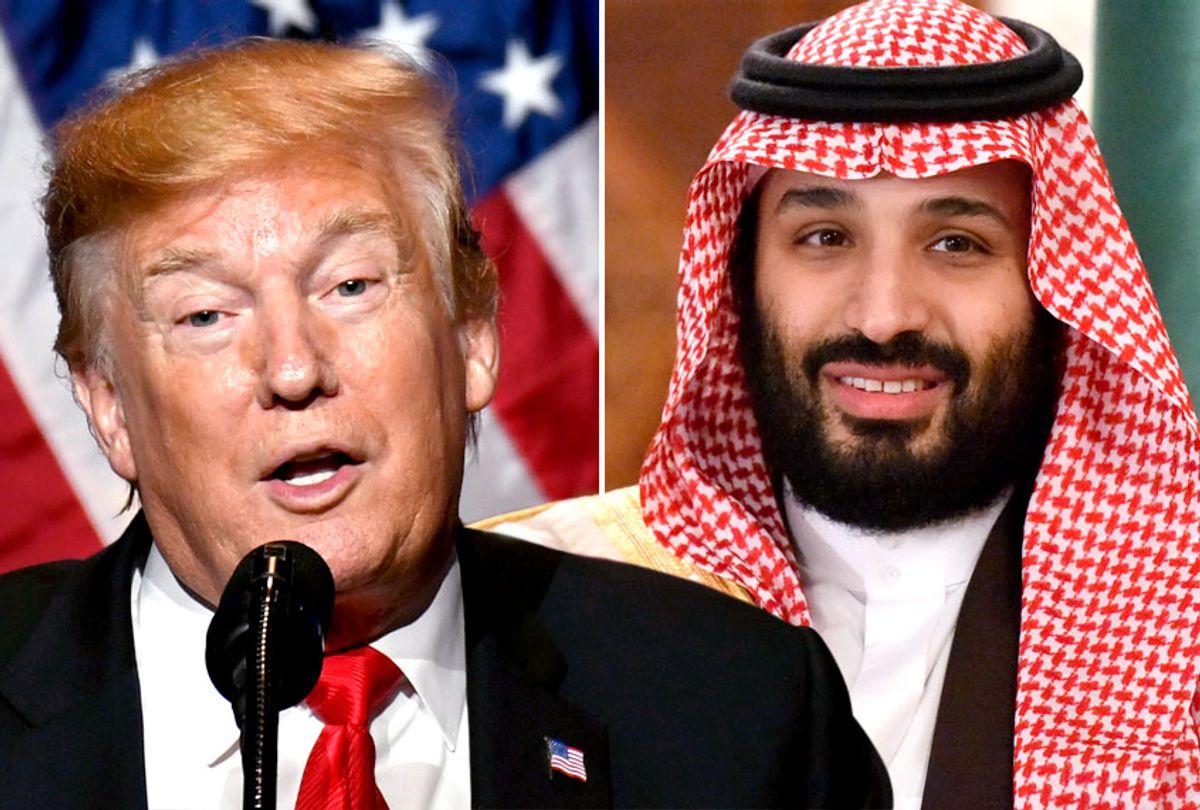 Despite opposition from the public and some members of Congress, the Trump administration in its waning days is rushing through weapons sales to a handful of Middle East nations with records of human rights abuses, including Saudi Arabia and the United Arab Emirates, whose U.S.-backed blockades and airstrikes have exacerbated civilian suffering and death in Yemen's ongoing civil war.

The U.S. State Department on Tuesday announced a flurry of deals, including $290 million in Boeing-made, precision-guided bombs to Saudi Arabia, $65 million in drones and fighter jets to the UAE, $169 million in military equipment to Egypt and $4 billion in helicopters to Kuwait.

"President Trump's lame duck Middle East arms bonanza continues," said William Hartung, director of the arms and security program at the Center of International Policy. "Selling more bombs to Saudi Arabia, given its history of indiscriminate airstrikes that have killed thousands of civilians in Yemen, should be a non-starter."

While the actions of Saudi Arabia and the UAE have come under increased scrutiny as a result of the Saudi-led assault on Yemen, Hartung also encouraged Congress and the incoming Biden administration to "review the sale of equipment to Egypt in light of its brutal and counterproductive counter-terror campaign in the Sinai, which has involved severe human rights abuses, the killing of innocent civilians, and the driving of thousands of families from their homes."

As The Guardian reported Wednesday, President-elect Joe Biden's transition team has complained that "it is not being properly briefed by the Pentagon on ongoing military operations, as is customary for an incoming administration in the weeks preceding inauguration, on January 20."

In an effort to impede the transfer of at least some weapons, the New York Center for Foreign Policy Affairs is reportedly planning to file a lawsuit Wednesday against Secretary of State Mike Pompeo over the proposed deal with the UAE.

The filing will claim that the Trump administration has failed to meet the legal requirements of the Arms Export Control Act. For the deal to proceed, there must be "a full rationale for the sale and a consideration of the impact on U.S. security and world peace," The New Arab reported Wednesday. "The lawsuit also cites the UAE's actions in the Saudi-led air campaign in Yemen."

Although the U.S. Senate in early December failed to block President Trump's $23 billion weapons deal with the UAE, "the lawsuit calls for an injunction to stop the sale," The Guardian reported.

The Trump administration has attempted to justify selling arms to the UAE, The Guardian noted, by claiming that the weapons allow the Emirates "to deter increasing Iranian aggressive behavior and threats."

According to a press release issued Tuesday by the Defense Security Cooperation Agency, the arms deal with Saudi Arabia "will support U.S. foreign policy and national security objectives by helping to improve the security of a friendly country that continues to be an important force for political stability and economic growth in the Middle East."

Critics of the weapons sales, however, say the deals will worsen human rights violations and destabilize the region.

As The Hill reported, "Tuesday's notice kicks off a 30-day clock during which lawmakers can block the sale if they choose to."

"If Congress can't block it," Hartung said, "the Biden administration should do so when it takes office."