Another scandal at West Point: Where secrecy comes before honor

I went to West Point, and I can assure you of one thing: The visible scandal is just the tip of the iceberg 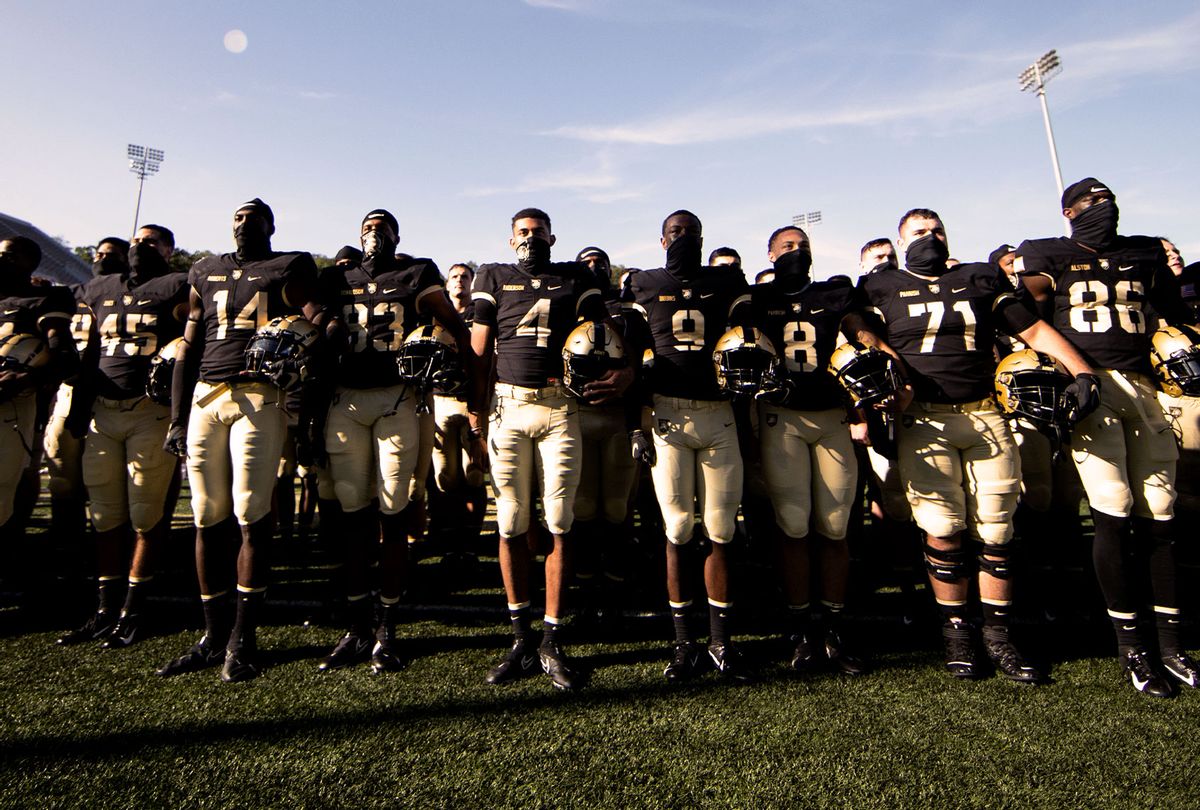 There are two things you can be sure of when you read the words, "West Point honor scandal": It's always way bigger than they say, and it's never as simple as it appears. That's why the "scandal" announced at the U.S. Military Academy last week, after 73 freshman cadets were apparently caught cheating on a calculus exam in May, is almost certainly not what it seems.

Of the 73 plebes charged, 59 have admitted cheating on the test, four have resigned from the academy, two cases were dropped, and eight cadets have opted to face a formal hearing. West Point announced last week that 55 of the cadets charged in the scandal will be retained at the academy and enrolled in a rehabilitation program called the "willful admission process" whereby they will receive training in honor and be assigned officer-mentors who will monitor their progress.

None of this would be remarkable were it not for the fact that "West Point" and "honor" have been pretty much inseparable since the Academy's founding in 1802. The words of the cadet honor code, "A cadet will not lie, cheat, steal, or tolerate those who do," are engraved in a granite tablet cadets walk pass every day on Thayer Road, the main street through the barracks area at West Point. The honor codes at the Air Force and Naval academies are based West Point's code, and many prominent civilian colleges and universities founded their honor codes in imitation of West Point's.

So it's always a big deal when cracks appear in the granite upon which West Point claims to be founded. I say "always" because honor scandals have happened before. The first was in 1951, when more than 100 cadets were charged with cheating on an exam, 30 of them players on the football team. In that scandal, 90 cadets were found guilty and dismissed from West Point.

The next time the public discovered there had been a mass violation of the cadet honor code was in 1976, when about 200 cadets were charged with cheating on an electrical engineering exam taken by more than 800 juniors in the spring. Of that number, 134 cadets were found guilty and resigned from the academy. In a letter to the secretary of the Army, 10 military lawyers representing the accused cadets alleged that more than 300 cadets had cheated on the exam. Inequities and inconsistencies in the way cadets were charged and found guilty had led to the lower number who ended up being dismissed from the academy, the lawyers said.

But there had been another honor scandal a decade before that the academy successfully covered up and hid from the public. About 30 cadets in the class of 1968 were dismissed from the academy in 1965 for collaborating on an exam. Among them was the son of the chief of staff of the army, Gen. Harold K. Johnson, whom I had known in high school in Leavenworth, Kansas. Prior to going home that year for Christmas leave, cadets were told not to talk about the cheating scandal with their families or anyone else outside the academy. We were warned that if we talked, we faced expulsion from West Point. That's how West Point successfully covered up the scandal: by telling us, in effect, to lie about it.

I wrote a couple of stories in the Village Voice about how the honor code at West Point had been corrupted and was in danger of falling apart. When the 1976 cheating scandal happened, the secretary of the Army appointed a commission headed up by former astronaut (and West Point graduate) Frank Borman to study the problem. Also on the commission was retired Gen. Harold K. Johnson — the same general mentioned above — and the Episcopal bishop of Washington, D.C., John T. Walker.

When the commission showed up to study the problem, West Point stonewalled them. Academy officials were uncooperative when asked for access to cadets and staff for interviews and were not forthcoming with providing official documents about the honor code. The commission's deputy chief of staff had seen my articles and asked me to drive up to West Point to talk to them about what I knew. I was able to point them to a series of reports written by cadet honor committee members during the 1960s that described disillusionment among cadets and a gradual disintegration of the code. The honor committee chairman for my own class, 1969, had reported that "a significant number of cadets are 'alienated from the Code'" and that "many cadets currently feel that the Honor Code works against them rather than for them."

Other honor committee members reported that officers at the academy had been "using cadets' honor against them," which sounds like a contradiction in terms but isn't. What they meant, and what cadets were experiencing, was a situation where officers felt free to lie to cadets while making use of the honor code to enforce rules and regulations. The honor code was also being misused to remove cadets considered "undesirable" from the academy by bringing false charges and manipulating the honor system.

In 1974, the outgoing superintendent of West Point wrote in a report to his successor that "the honor code is in trouble at West Point." It was, to put it bluntly, an understatement. What had happened over the previous decade was that officers on the faculty at the academy had brought back from their service in Vietnam a culture of lying that had pervaded that war from beginning to end. They had infected the academy with the corruption of that war. Cadets were smart. When they realized that the honor code was being applied to them but not to the officers running the academy, they refused to accept it. By the mid-1970s, large numbers of cadets were secretly in rebellion against a system they saw as unworkable and corrupt.

By 1976, the problem had become so severe that hundreds of cadets were cheating. One of the lawyers assigned to represent cadets charged in the scandal was a classmate of mine. He told me that his clients had reported to him that as many as 600 out of the 800 cadets who took the test in 1976 had cheated, and that officials at the academy knew it and covered up the real numbers. The fact that only 150 suffered for something nearly everyone had done only added to the disillusionment among cadets. They were aware that the honor code was being applied selectively and unfairly and weren't happy.

As it happened, 1976 was also the year women were first admitted to all four of the military academies. This is not acknowledged by West Point, but graduates have known for years that the honor code was applied unfairly and inequitably against certain female cadets and used to separate them from the academy. The code was also used as a weapon by racists against Black and other minority cadets.

The legacy of the honor code at West Point is as flawed as the human beings who comprise its corps of cadets and faculty. The sooner the academy faces up to the imperfect nature of the principle upon which the academy was founded, the better. Yet another honor scandal should be evidence enough that West Point still has a long way to go.