From IQ tests and sperm banks to "The Queen’s Gambit": a history of gifted children

While identifying gifted children has helped some receive needed attention, it has sent us down a dangerous path 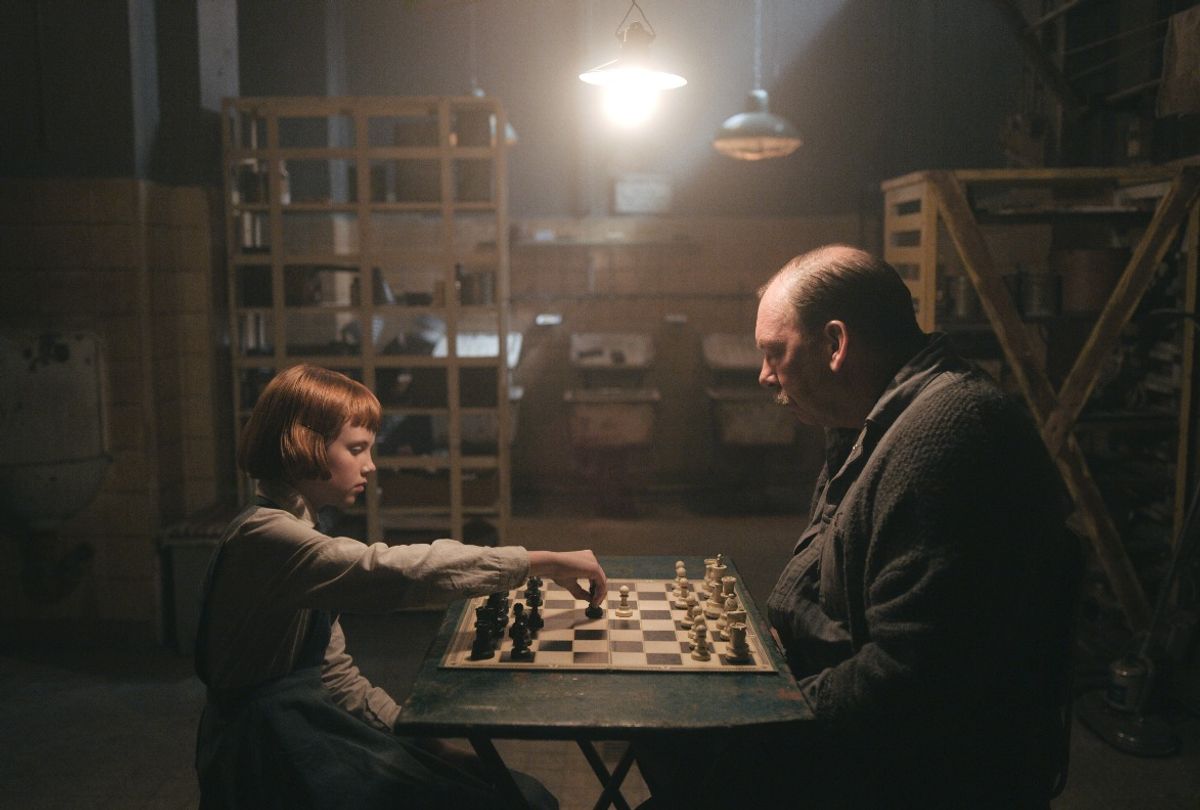 Isla Johnston and Bill Camp in "The Queen's Gambit" (Netflix)
--

In Netflix hit "The Queen's Gambit," we see young orphan Beth Harmon discover her talent for competitive chess. During a game played in the orphanage basement, Harmon's chess tutor, the janitor, tells the nine-year-old: "To tell you the truth of it, child, you're astounding" — contrasting her youth and naivety to her seemingly inherent gift.

The series ends with Harmon as a young woman, competing in chess competitions at the highest level. The executive producer of the series, William Horberg, has said that they're unlikely to make a second series. "Maybe we can just let the audience imagine what comes next," he told Town and Country magazine.

My research looks into the question of "what next?" for so-called child geniuses like Beth Harmon, and how the "gifted" label affects their lives.

Interest in measuring the intelligence of children grew during the 20th century. The first IQ tests were developed in the early 1900s, looking to identify children in need of educational support. Later evaluations used IQ testing but also hormonal levels, patterns of sleep, metabolism, blood markers or genetics to try to understand and quantify "intelligence".

All of these tests assume that we should try to assess intelligence at all, and do so in children from as young an age as possible — that we must identify our talented Beth Harmons. But should we really? And what happens to these genius children when they grow up?

Historical archives can help answer this question, because we have been testing gifted children for so long. By the 1990s, in particular, newspapers and voluntary groups were obsessed with tracing and reporting on these children's lives.

One formerly gifted child told the Daily Mail in 1995 about their experience. At primary school, the child would spend mornings "model[ling] Plasticine like everybody else", he said. But in the afternoons he would receive special tuition from the headmistress in quadratic equations. For children like this, the "gifted" label was useful, enabling special provision, often informally or from voluntary groups, and new peer networks.

While in "The Queen's Gambit," Beth Harmon goes from a chess prodigy to excelling at the highest level as an adult, historically any "typical" path for gifted children is far more mundane.

Testimonies in historical newspapers and the archives of Britain's National Association for Gifted Children are replete with adults who had this diagnosis as children, used it to access new services, types of education, and leisure activities, and then went on to live ordinary, "normal" lives.

In 1991, one mother wrote to the National Association to emphasise how important this label had been within her family. She was herself a highly intelligent child, "keen to learn but not what they were teaching at school". She had consequently "slipped through the net" of education. She had failed the 11+ examination, left school with few qualifications, and had a career she found unrewarding.

By contrast, when she noticed that her son was also very able, she had him tested by an educational psychologist. Declared gifted, the family were able to find a public school where he excelled. The child had entered university and was "thoroughly enjoying himself."

Yet at its extreme, the obsession with identifying gifted children has veered into eugenics.

In 1971, Robert Graham founded the Repository of Germinal Choice, informally called the "Nobel Prize sperm bank". Graham was a eugenicist, who sought to "improve" the human population through breeding. His aim was to provide sperm from "the brightest men" to women for free, as he was concerned that developments in medical science were "keeping more of the defective population alive than ever before."

Doron Blake was the second child of the 240 born from the repository. Blake's mother spoke to several journalists throughout his childhood, who duly reported on his extraordinary intellect, mathematical ability, and interest in building complex toys.

When Blake reached 18 in 2001, he began to feature in profiles and documentaries himself. Rather than trumpet his achievements, Blake used the media attention to critique the very idea of the gifted child, arguing that the label distorted public understanding of which human attributes were valuable. Blake emphasised that his IQ did not make him "good":

The thing I like best about myself is not that I'm smart but that I care about people and try to make other people's lives better.

Blake argued that the gifted label was no route to life satisfaction — his IQ did not make him happy. These comments were similar to those from other formerly gifted children: one told the Daily Mail in 1981 that "there is more to life than studying" and "being gifted does not make you a person more likely to succeed."

The social value placed on intelligence has had dangerous effects. Eugenics had a powerful influence in the early twentieth century in particular. In an American ruling of 1927, the US Supreme Court legislated that citizens with intellectual disabilities could face sterilisation.

These ideas continued into the mid-20th century: research has demonstrated that ideas of genius and human value underlay the charismatic leadership, oppression, and mass genocide of Nazi Germany.

Even as recently as the late 20th century, IQ tests have continued to lead to deeply discriminatory and damaging effects. In a US case filed in 1971, courts in California conceded that IQ testing had been biased against black students, leaving them overly represented in special education classes. This was likewise the case in Britain.

These histories are troublingly recent. We know that for many children historically, the label gifted has helped them to access new services and to live happier lives. Yet we also know that intelligence tests are biased towards groups who are already privileged, disproportionately identifying white, middle-class boys as gifted. While all children need specialist support in education, the impulse to glorify the gifted may be best left in the past.

Jennifer Crane, Research Fellow in the History of Medicine, University of Oxford