Did 2020 mark the demise of yoga in America?

Big Yoga was hit by the pandemic, questions of appropriation, and QAnon. Is the fitness trend dying in the US? 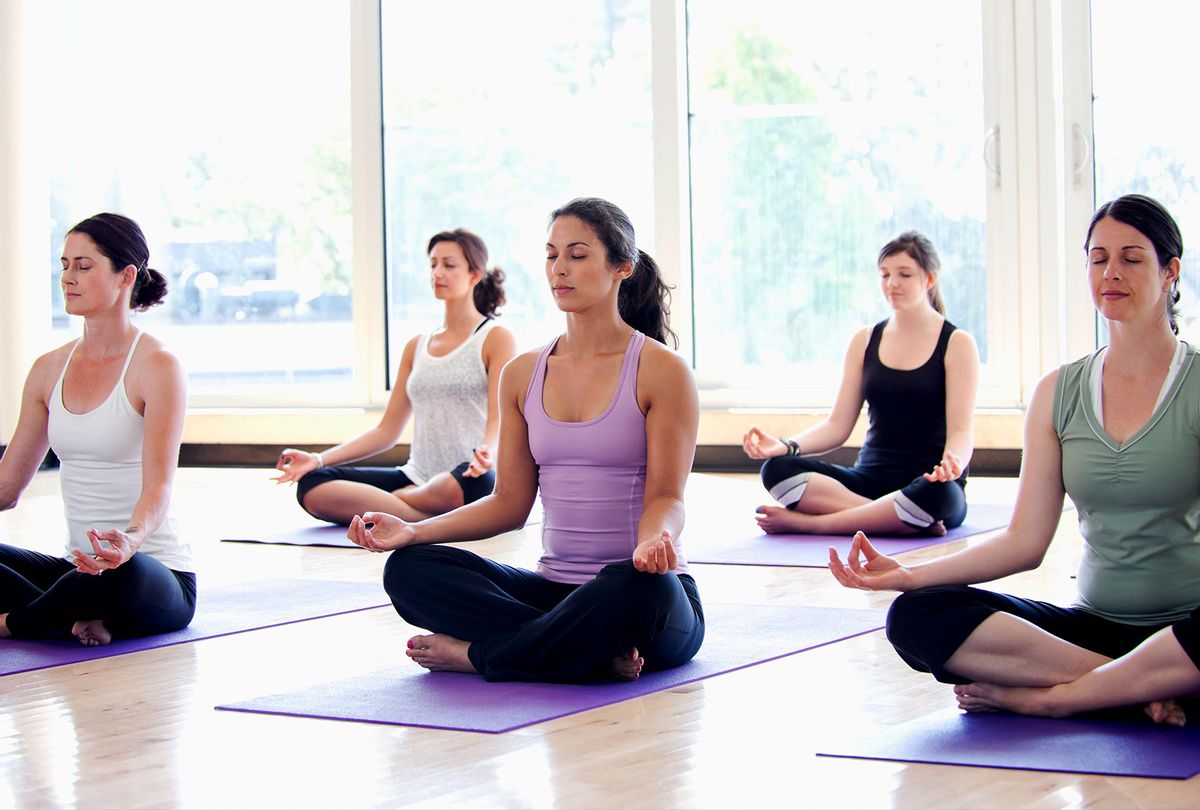 Did the pandemic kill yoga? Or was Americans' decades-long fascination with the Indian physical and spiritual practice already due for a seismic reckoning?

Ever since yoga's rise in popularity over the last two decades, it has been at the center of discussions around race and cultural appropriation in the wellness industry. Western yoga fitness class providers have been criticized for largely catering to the upper-middle class; indeed, one hour-long yoga class in coastal American cities can run between $20 and $35.

The west's co-optation of yoga has been long-scrutinized. Despite that, the yoga industry has until recently only grown in the U.S., in part due to social media, and the increase in scientific studies around its benefits — like how it can calm a person's nervous system or improve sleep quality. Many American public schools now incorporate it into their physical education curricula.

When the coronavirus pandemic took hold in March, yoga studios — like other fitness businesses — closed overnight. Small spaces with people placed less than six-feet apart from each other were a sure recipe for coronavirus transmission.

At first, many yoga teachers and businesses moved their fitness classes online, when state stay-at-home orders were believed to last only a couple weeks. But ten months later, not every yoga studio has been able to survive. According to a Yelp economic impact survey published in September 2020, the fitness industry has seen a 23 percent increase in closures since July 2020, with 6,024 total closures; 2,616 of those are permanent. Anecdotally, I've seen permanent numerous yoga studio closures in the San Francisco-Bay Area, which is where the first yoga center in America opened.

Rachel Brathen, a teacher of yoga and the author of the book "Yoga Girl," told Salon via email that she's observed the yoga industry change a lot during the pandemic.

"Of course, not being able to gather in community has been a massive shift, and teachers and studios are struggling all over the world," Brathen said. "As a response to that, more and more classes are being offered online."

But does yoga online lose a bit of its appeal? Similar to the allure of group fitness, yoga has satisfied social and spiritual needs that were dissolving in an increasingly lonely and divided society. Now everybody is at home doing yoga, alone. Brathen said she's been amazed by the "versatility," but it's a bit of catch-22.

"Online classes have also drawn in new practitioners — sometimes a yoga studio can unfortunately be an intimidating place, but with offerings online people may feel more comfortable trying something new and stepping outside of their comfort zone," Brathen said. "But at the same time, yoga asana is such an intimate and physical practice, and I fear we have lost some of that connection by losing the aspect of community."

Jessica Benhaim, owner of Lumos Yoga & Barre, a boutique studio in Philadelphia, told Salon via email that she doesn't believe yoga in America is "over" but that "Zoom fatigue is real."

"People have eliminated many things that moved online that are not necessary for their job/work," Benhaim said. She believes that many of us spend so much time in front of our computers already, and don't want to do spend more time in front of a screen to do a fitness class.

Back in the pre-pandemic era, many of us sought out a yoga practice to feel physically, mentally and emotionally better.

"Yoga is a thoroughly mainstream activity, something seemingly impossible only twenty years ago, and speaks to a sincere desire to feel better and seek a mind-body connection within the materialism of corporate capitalist society," wrote Sarah Schrank, in a 2014 essay in AMSJ. Schrank believes the contradiction innate to commodifying yoga is a conflict Americans "can live with."

But for how long?

The yoga industry has weathered many reckonings before. Lulumeon, a yoga-centric clothing brand, positioned itself as a New Age Nike, before publicly tumbling in part due to a CEO scandal and stories of its cult-like toxic positivity culture. When #MeToo erupted in Hollywood and spread across the world, numerous allegations of abusive yoga teachers surfaced, emphasizing the need for clear anti-sexual harassment policies in fitness studios.

But this time around, yoga faces more than a mere economic crisis. Culturally, the yoga industry faces two more reckonings: one with race and one with the QAnon conspiracy movement.

After protests erupted around civil rights and race in America, conversations about appropriation resurfaced in the yoga industry. Collectively, it faced a moment of reflection on the whiteness of America's yoga industry.

Meanwhile, as the New York Times first reported, this year has revealed a peculiar overlap between yogis and QAnon followers. The overlap became so unsettling that a group of yoga influencers denounced it in a collective Instagram post.

"Too many folks, including many of my dear colleagues, have bought into their divisive and outrageous messaging for me not to speak out," the statement read. "Please be aware of QAnon's ill informed, sensational and exploitative posts on your feed and educate yourself about QAnon's history before you share these posts with others."

There are theories in New Age communities that Donald Trump is a "lightworker," accelerating a "shift in consciousness" on Earth.

Hence, some in the industry believe it was due for a serious change.

"I think yoga as it was pre-pandemic in the USA needed to change; there were many people who did not feel that yoga studios were welcoming or affordable for them," Nancy Alder who teaches yoga online, told Salon via email. "

And others think yoga as it was pre-pandemic is over.

"What we think is yoga in America is over; the idea of the studio and business model of yoga in America is over," Cheryl Albright, an owner of Soul To Soul Yoga and All Ages Therapy Services in Sarasota, Florida, told Salon via email. "I personally think this will be a good shift and what comes next hopefully will be better and more accessible to the masses, not just those of privilege."