Sherlock Holmes and the case of toxic masculinity: what is behind the detective’s appeal?

Holmes is often portrayed as unemotional and arrogant — why hasn't this been challenged in modern adaptations? 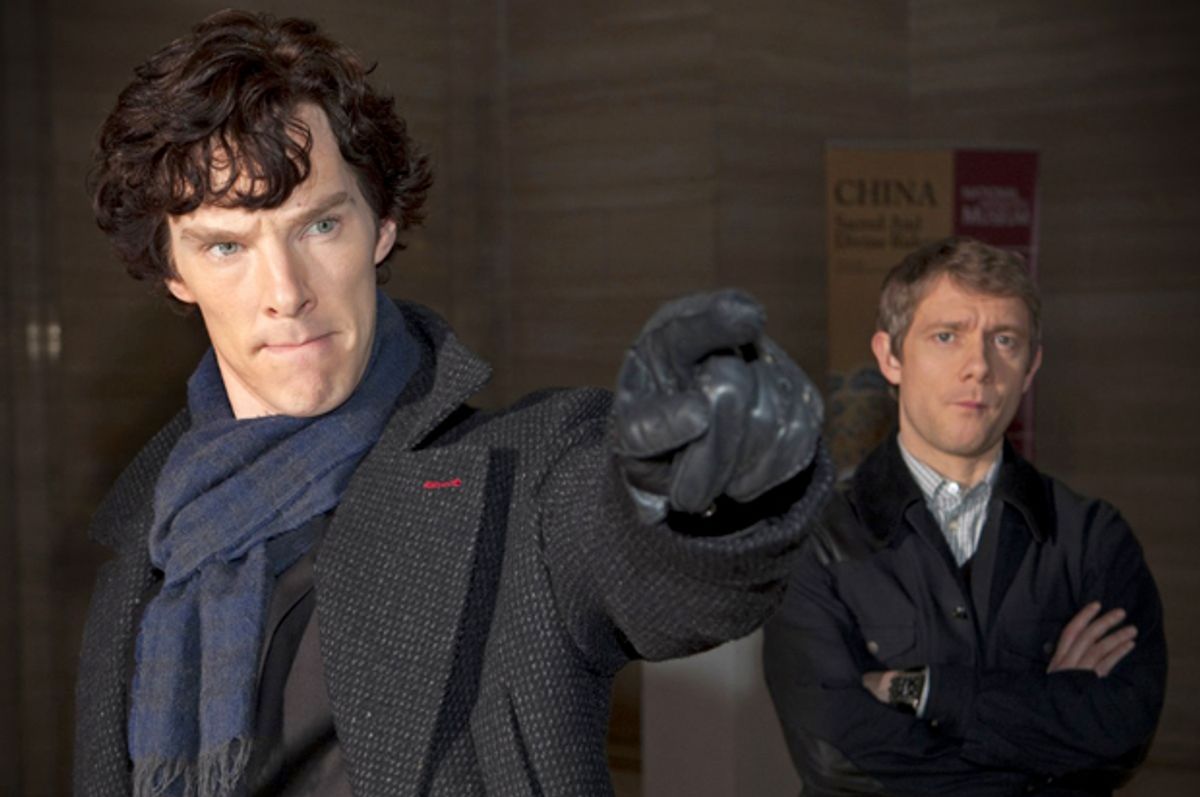 Sherlock Holmes is the most famous detective of all time. Since he was imagined into creation in 1892 by the young Scottish doctor Arthur Conan Doyle, there has been hardly a decade in which a play, television series, film or book about Sherlock Holmes has not been produced.

In 2010, a fresh take on Sherlock Holmes burst onto British screens. This contemporary "Sherlock", starring Benedict Cumberbatch, inspired a whole new level of fandom and increased sales of the original books by 53%. People were especially taken with Cumberbatch's flirty sex appeal. Hot on his heels came an American version, "Elementary", in 2012.

In both adaptations, Sherlock's brilliance and skills of deduction are unmatched. While I really enjoyed these shows, I was taken aback by Sherlock's rudeness, exasperation, his disparagement of others, his desire to dominate and his latent violence. I saw Sherlock as a toxic man. Not knowing the books, I wondered where this came from, so I began reading them.

In one of the early stories, A Scandal in Bohemia, Doyle describes Holmes's perspective of women:

All emotions […] were abhorrent to his cold, precise but admirably balanced mind. He was, I take it, the most perfect reasoning and observing machine that the world has seen […] He never spoke of the softer passions, save with a gibe and a sneer.

This is one of the very few descriptions of the character's personality, which suggests that male brilliance relies on being totally unemotional. This conforms to the Victorian ideal of "muscular Christianity", the idea that a healthy, muscular masculine body would lead to a healthy mind, and "manliness" enacted over social class and gender.

Although the concept of toxic masculinity sounds contemporary, it actually has roots very firmly in the past. Masculinity researchers have defined toxic masculinity as a performance of "traditional" male gender roles exhibited by a tendency to dominate others, a predisposition to violence, and to be emotionally cold and distant. It can also be expressed through highly competitive behaviour, or the desire to be the sole source of information — someone who thinks they are right about everything in every sphere. Men like Donald Trump, for example.

Holmes is obviously not akin to Trump. To start with, Holmes is a genius, and he hardly exhibits the same level of toxic behaviours that Trump does. But there are elements there. This is unsurprising, given that some of these features are seen in the original text: Conan Doyle wrote Sherlock Holmes at a time when traditional masculine values were openly venerated.

Nevertheless, when I was asked to write a book chapter on toxic masculinity in popular culture, I immediately thought of "Sherlock" and "Elementary" as useful examples. I felt that was an area that had not yet been explored in academic research, yet I felt it palpably on the screen.

Conan Doyle himself refers to Holmes as a machine, and some academics have suggested that his lack of emotion is both alien and mechanistic. But the recent TV adaptations are contemporary portrayals of Sherlock Holmes, so the original "mechanistic" man of the books has necessarily been updated.

Arguably, his poor social skills, sneering and derision of others are played for laughs: he needs to be likeable, after all. In the BBC version, he also refers to himself as a sociopath and Watson apologises for his "borderline Aspergers" — this, as I have previously argued, makes him seem more human.

Yet such comments and armchair diagnostics are contentious, not least because true sociopaths would never refer to themselves as such. All this left me thinking about the kind of man Sherlock might be, when divorced from his brilliance at detection. So I began to analyse elements of Sherlock's behaviour that might be construed as toxic: in particular coldness, lack of emotion, shutting people down, jibes and sneers.

These are some of the classic signs of toxicity, and both contemporary TV adaptations of Sherlock Holmes are full of them, with greater incidences in "Sherlock" than "Elementary". For example, the BBC Sherlock often tells people around him to "shut up" to allow him to concentrate, or because he finds them annoying.

He takes every opportunity to deride the police, often insisting on being the sole source of information. He is always exasperated at other people's lack of brilliance: "Dear God what is it like in your tiny little brains? It must be so boring!" While superiority might be a common trait in brilliant people, what makes it toxic is that Sherlock projects himself as totally unique, creative and the answer to everyone's problems, while putting everyone else down.

"Elementary" presents a quietly different, though no less toxic Sherlock. Here he is a pedantic Englishman, who corrects everyone's grammar, overrides other detectives, and is disparaging to women and men. This is a more self-aware Sherlock than Cumberbatch's. But he remains domineering, and imperious: "I am smarter than everyone I meet Watson, I know its bad form to say it, but in my case, it's a fact."

Toxic masculinity is a contentious issue and some consider it to encompass traits which contribute to the dominance and brilliance of some men. Arguably, Sherlock Holmes is widely understood as the most brilliant detective of all time.

In this context, I found it disappointing that the toxic elements of Sherlock's character were not further challenged in the TV shows. While he is not actually violent, unlike many toxic men, and the characters around him do call him out on his behaviours, especially Watson, his intelligence is still understood through his toxic masculinity — especially in "Sherlock", where it is presented as sexy. I find this problematic, especially in the context of contemporary society, where we frequently see toxicity demonstrated by men in power.