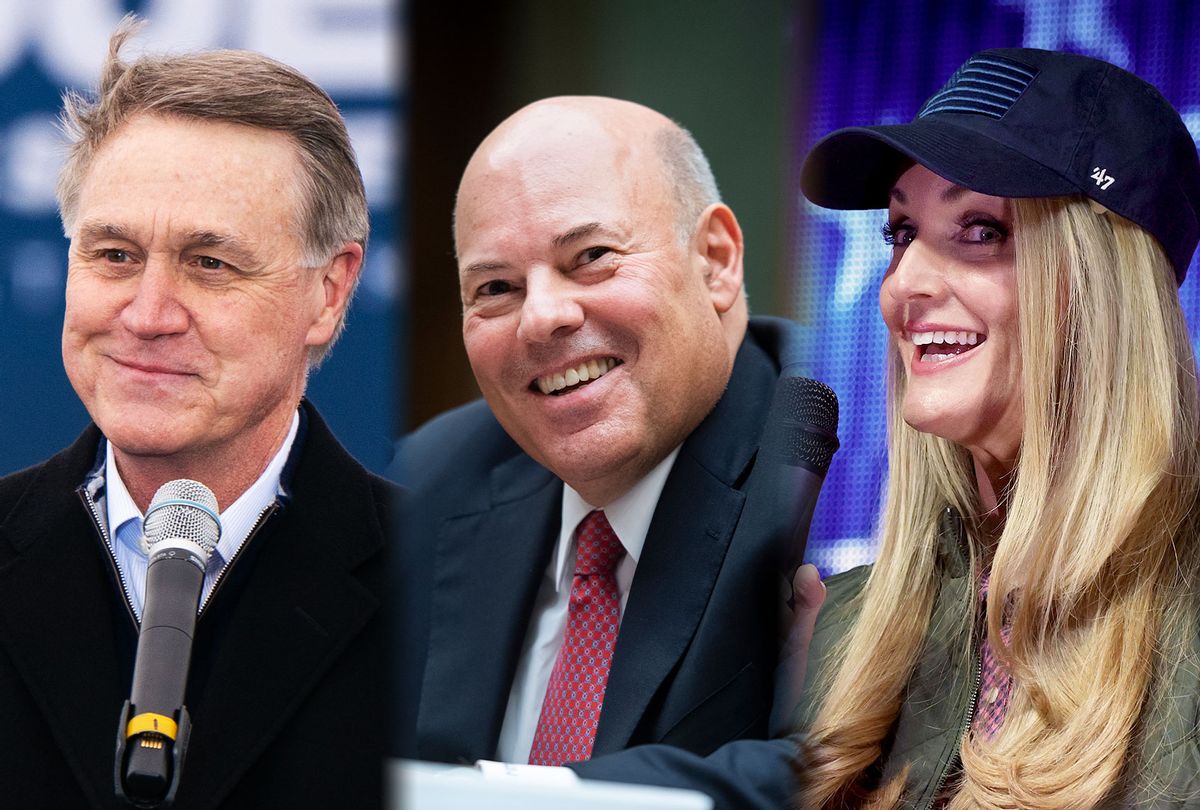 Mail delays in the Atlanta area reported by the U.S. Postal Service threaten to disenfranchise thousands of Georgia voters in the state's Senate runoffs this week.

Despite promises by Postmaster Louis DeJoy, a top donor to President Donald Trump and the Republican Party, to improve delivery times after a nationwide mail slowdown in the second half of 2020, the USPS's performance is still lagging well behind previous years.

The USPS said in a federal court filing that as of Dec. 21 it was processing just 76% of ballots on time in the Atlanta metro area, which is home to half of Georgia's population, according to NBCLX. That could disenfranchise voters who sent in their ballots within three to five days of Tuesday's election, including those who mailed them before New Year's.

It's unclear how many ballots could be affected. The state reported receiving more than 38,000 mail ballots this past weekend, suggesting "tens of thousands of additional ballots are still likely in transit," according to the report. Nearly 1 million voters have already cast their ballots by mail, according to data from the US Elections Project at the University of Florida, with nearly 400,000 more requested ballots still unreturned.

The USPS experienced a nationwide slowdown that was blamed on rule changes introduced by DeJoy, which officials have claimed were aimed at cutting costs at the cash-strapped agency. Multiple federal judges blocked the rule changes ahead of November's election, although DeJoy said he planned to implement the rules again after the election. Last month, the USPS agreed in a court settlement to fast-track mail ballot delivery in Georgia. Court filings showed that on-time ballot processing fell to just 68% in the Atlanta area, even though 93% of ballots in heavily Republican southern Georgia were processed on time.

USPS spokesman David Partenheimer told The Washington Post last month that "none of the Election Mail lawsuits are justified by the facts or supported by the applicable law" and described it as a "false narrative."

A spokesman told NBCLX that December's mail increase affected "scores of all products" but "Election Mail and ballots have always been prioritized and are performing well above other product lines."

The delays have been exacerbated by worker shortages. About 2,500 of the Atlanta area's 15,000 USPS workers were out due to positive coronavirus tests, recent exposure or child-care concerns, Stacey Sabir Brown, president of the metro Atlanta chapter of the American Postal Workers union, told the Post.

Despite widespread criticism, the USPS worked to expedite mail-in ballot delivery ahead of November's election, likely delivering more than 99.9% of mailed ballots on time. But the agency processed more than 150,000 ballots after Election Day. Though many states accept ballots that arrive several days after the election, between 25,000 to 50,000 ballots were likely rejected nationwide because of USPS problems, according to an analysis by NBCLX. Those numbers were ultimately not enough to affect any statewide election.

More than 5,000 ballots in Georgia were rejected because they arrived after Election Day, according to the report, which noted that most "key USPS performance indicators did not improve in November, then deteriorated further as the December holidays approached."

The presidential race in Georgia was decided by fewer than 12,000 votes, with absentee ballots from the Atlanta metro area ultimately tipping the scales for President-elect Joe Biden. The Atlanta region figures to play a big part in the runoff between Sen. David Perdue, R-Ga., and Democrat Jon Ossoff, as well as the special election runoff between Sen. Kelly Loeffler, R-Ga., and Democrat Rev. Raphael Warnock. These races will decide which party controls the Senate when Biden takes office.

The FiveThirtyEight polling average shows both Democrats leading by about 2 percentage points. Ossoff and Warnock have also massively outraised their Republican opponents, though outside groups have helped Loeffler and Perdue make up ground. Early voting data also looks promising for Democrats, boosted by higher early Black voter turnout than in the general election, but Republicans dominated in-person voting on Election Day in November. Perdue led Ossoff by nearly 90,000 votes in November, but failed to hit the 50% threshold needed to win outright. In the nonpartisan special election for the seat Loeffler now holds, Warnock led the field with 33% of the vote while Loeffler and former Rep. Doug Collins, R-Ga., split about 46% of the vote in a field of 20 candidates.

"Polling had an off year in 2020, but the reality is that polls are still our best tool for forecasting elections, and it's really hard, if not impossible, to predict which direction any polling error will run," wrote FiveThirtyEight's Nathaniel Rakich. "Plus, while it's true that polling of the 2020 election overall wasn't very accurate, polls of Georgia were actually pretty good: FiveThirtyEight's final polling average of the presidential race in the Peach State was just 1 point off the final margin."