"At the heart of [Louis] DeJoy's and the Postal Service's actions is voter disenfranchisement," the judge says 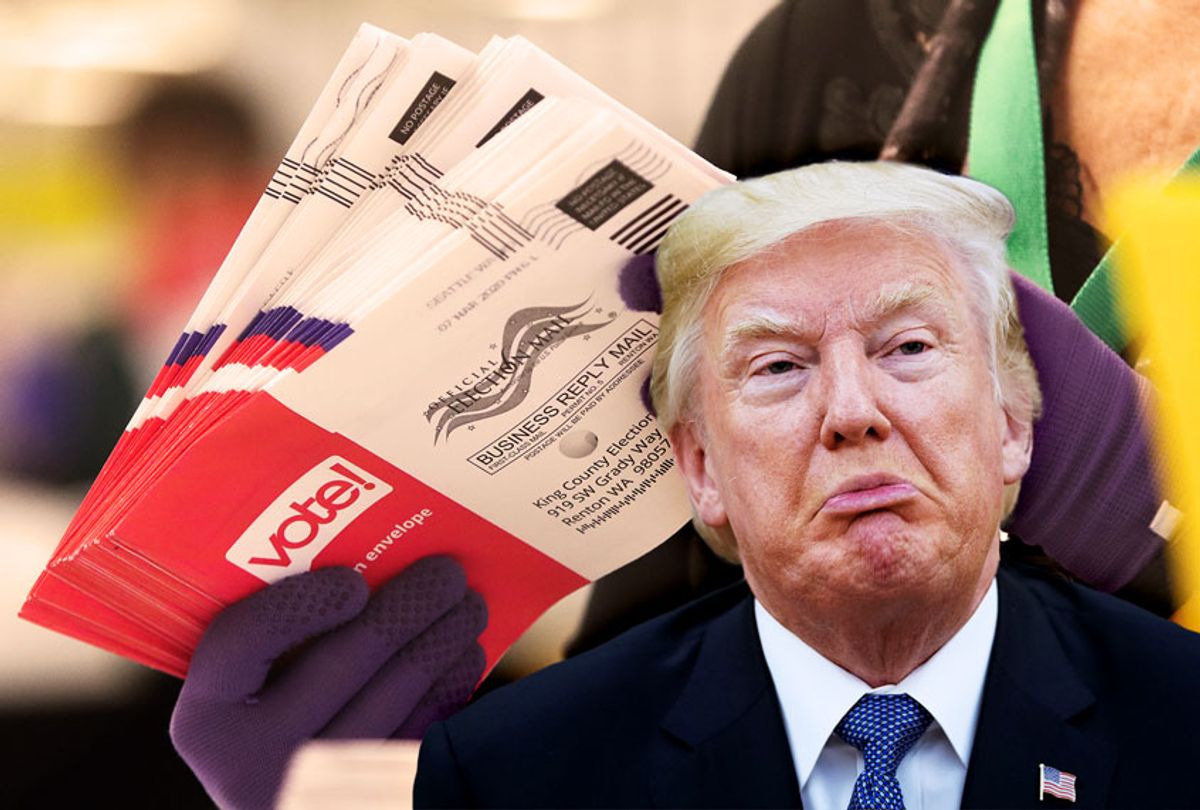 A federal judge on Thursday temporarily barred the recent operational changes at the U.S. Postal Service (USPS) blamed for a nationwide mail slowdown, calling them a "politically motivated attack" that could disenfranchise voters.

Judge Stanley Bastian, the chief judge of the U.S. District Court for Eastern Washington, issued a preliminary nationwide injunction sought by 14 states to prevent the USPS and Postmaster General Louis DeJoy, a top Trump and Republican Party donor, from changing a wide range of policies ahead of Election Day.

Bastian's injunction orders the USPS to halt its requirement that trucks leave postal facilities on time, even if they have no mail to load; instructs the agency to reinstall any mail sorting machines needed to ensure the timely handling of election mail; and requires all election mail to be treated as first-class mail.

"The states have demonstrated the defendants are involved in a politically motivated attack on the efficiency of the Postal Service," he said, according to the Associated Press.

Bastian added that the changes posed "a substantial possibility many voters will be disenfranchised."

USPS spokesman Dave Partenheimer told the AP that the agency was reviewing its legal options in light of the ruling. He also vowed that "there should be no doubt that the Postal Service is ready and committed to handle whatever volume of election mail it receives."

Lee Moak, who sits on the USPS Board of Governors, told the outlet that the charge that the operational changes were politically motivated was "completely and utterly without merit."

The ruling comes after DeJoy announced that he would pause the operational changes through the election amid widespread criticism. Nevertheless, the postmaster general repeatedly balked at reversing the changes that have been blamed for the mail slowdown. The USPS also warned 46 states that mail-in ballots might not be delivered by their deadlines.

The 14 states, led by Washington, sued the agency, arguing that the changes were made without a public comment period and interfered with their ability to run elections.

Department of Justice lawyer Joseph Borson downplayed the effects of the changes on the election.

"There's been a lot of confusion in the briefing and in the press about what the Postal Service has done," he said, according to the AP. "The states are accusing us of making changes we have not in fact made."

Bastian said in his decision that Trump's attacks on voting by mail undercut the agency's insistence that the changes would not impact the election.

"Although not necessarily apparent on the surface, at the heart of DeJoy's and the Postal Service's actions is voter disenfranchisement," he wrote. "This is evident in President Trump's highly partisan words and tweets, the actual impact of the changes on primary elections that resulted in uncounted ballots and recent attempts and lawsuits by the Republican National Committee and President Trump's campaign to stop the states' efforts to bypass the Postal Service by utilizing ballot drop boxes, as well as the timing of the changes."

Bastian noted that 72% of the mail sorting machines removed by the USPS were in counties won by Hillary Clinton in 2016, adding that it was "easy to conclude" that the changes were an "intentional effort on the part of the current administration to disrupt and challenge the legitimacy of upcoming local, state and federal elections."

"Substantial evidence has been presented that these transformative changes have been done by the Postal Service, which has made mail delivery slower and less efficient," he said.

The administration insisted that the changes would not affect the timely delivery of mail ballots, but Bastian noted that he was "personally warned" by the USPS that his family's ballots may be delayed in a mailer sent by the agency, according to CNN.

"If nothing has changed," he said, "why did I get a warning from the Postal Service yesterday for my own personal ballot?"