America's long road to a fascist assault on the Capitol

A GOP path goes from Nixon to Trump and his true believers. Democratic centrist neoliberalism didn't stop it 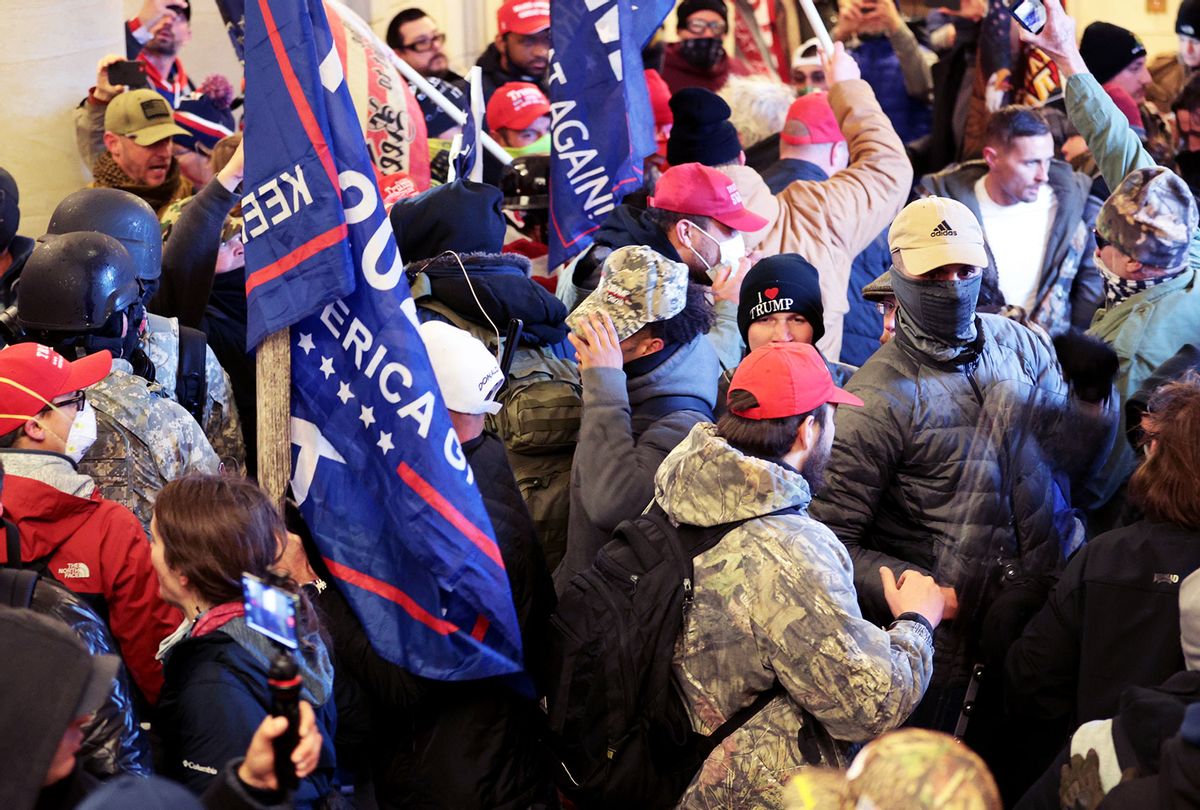 Americans were shocked to watch as American stormtroopers assaulted the U. S. capitol building, smashing windows, roaming through the building and the floors of both Senate and House, including sitting in the seat of the Senate's presiding officer, leaving incendiary devices nearby, etc.).

This was more than a whiff of fascism. This is what fascism looks like.

So, we have to ask: beyond the lying, insurrection-instigating, so-called President, how did we get here?

The story actually goes a long way back.

First, the more obvious Republican side of the story:

Although his administration did eventually oversee some environmental protections, President Richard Nixon gained the White House via a law and order campaign in 1968, appealing to the so-called "silent majority" who were frightened, if not alienated, by the images of antiwar protesters, inner-city "rioters," and counterculture "freaks" during the 1960s.

The mass media, of course, fed this dynamic by refusing to take seriously the actual claims of Black, antiwar, and feminist activists; instead, making sure the public saw the most inflammatory examples of their behaviors and appearances. That's a story I have documented elsewhere.

Nixon's election and his "Southern Strategy" set in stone the future of the Republican party, although it remained for Ronald Reagan to seal the deal. Reagan's rhetoric about basic "decency" and "family values," fed the grievances of those who felt left out of, or alienated by, the '60s. But crucially, Reagan's actual policies focused on eliminating ways the government addresses public needs, instead cutting taxes on the wealthy, rebuilding a huge military complex and aggressive foreign policy, and deregulating the economy.

However, the people drawn to so-called conservative rhetoric — whether religious traditionalists, rural folks or members of the white working class — were not the actual winners under Reagan. Instead, they lost more and more ground economically. They basically got symbolic gratification. Their attention was instead diverted to the Democrats, liberals and "Eastern elites" who "caused" their problems.

That's the path that leads directly to Trump and his True Believers.

What, then, of the Democratic Party?

That, too, is a long story. In the midst of the Reagan years, smarting from Nixon's humiliating victory in 1972 and Reagan's in 1984, Democratic centrists — names like Dick Gephardt, Sam Nunn, Bill Clinton — took steps to move the party away from its more liberal wing and into the corporate-dependent center. In its more liberal moments the Democratic Party typically expressed hopeful rhetoric about defending the rights of minorities, women and LGBTQ people, defending the environment, etc. The reality consistently fell far short of the rhetoric.

So, in our two-party system, Republicans have been all about give-aways to the rich while manipulating the emotions of less well-off white Americans. Democrats have essentially ignored the latter populations, becoming increasingly dependent on corporate money while also manipulating the aspirations of marginalized communities.

Neither party speaks a word against a capitalist system that feeds inequality, threatens the planet's ability to sustain life, and generates a foreign policy marked by militarism and war. The "problem" is always the "other party."

In their more liberal moments, Democrats embrace what is often called "identity politics" — race, gender, and sexuality in particular. This rhetorical embrace is used by Republicans to feed the emotional attachment of their rank and file supporters. Democrats gain support when Republican rhetoric becomes outrageous. Clearly, the political center, with all its sanctimonious rhetoric, is reinforced when something like the Capitol assault occurs.

Yet the country remains stuck in this see-saw battle that goes nowhere. Beholden to corporate wealth, neither party dares to confront class inequality. Yet, unlike identity concerns about discrimination, hate speech, and oppression — all serious problems — class analysis reveals the systemic forces that lie behind these and keep both parties' rank-and-file in their place at the margins of American politics.

Ultimately, the only way out of this will occur when enough people become aware, not only of the seriousness of the hazards facing us, but of the need to come together in a well-mobilized mass movement addressing systemic concerns.  We already see where we're heading if we don't do this.