Corporate America cuts Trump off in his final days: Where will he turn now?

Iced out of corporate money, Trump may mortgage the final days of his presidency at the cost of national security 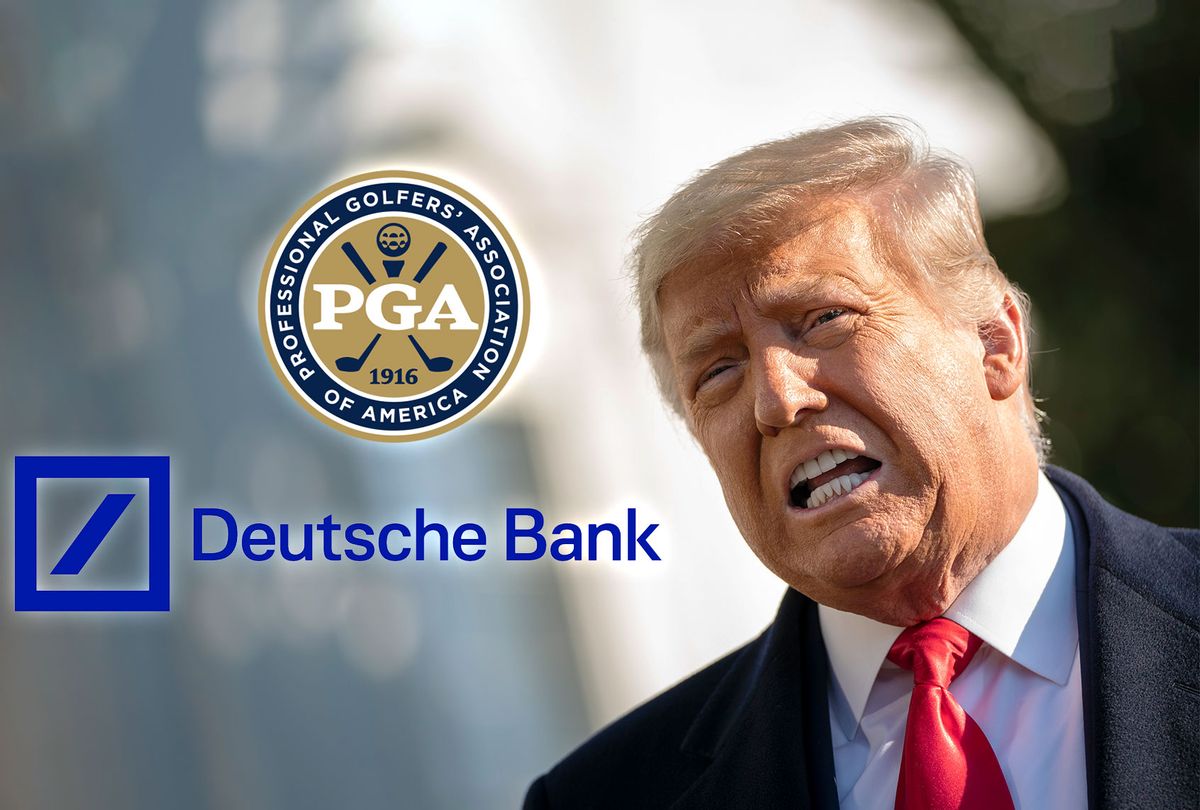 It's an amazing turn of events that one year ago today we were on the cusp of the impeachment trial of President Donald Trump in the U.S. Senate and today the House of Representatives is poised to do it again. They will pass another Article of Impeachment against Donald Trump — this time with a bipartisan vote — for the crime of inciting an insurrection. That will make Donald Trump the first president in history to be impeached twice.

Nobody expects more than a handful of Republicans to sign on, despite the clear evidence we've all seen, but there will be a few which is more than we had the last time. The fact that a losing incumbent president would have done something so heinous that he would be impeached a week before he was set to leave office is something none of us could have imagined. During the first impeachment trial, we were told by Republicans that the president had done nothing wrong but even if he did we were so close to an election that we should let the people decide. Well, they decided. And we all know what happened next. There have been two months of non-stop, absurd, overwrought lies, which turned many of Trump's voters (who were already indoctrinated with wild conspiracy theories) into raving hysterics, egged on daily by Trump himself. January 6th was the inevitable consequence.

The second impeachment vote may just end up being a historical footnote and Trump will likely make his ignominious exit on January 19th, having already announced that he will not attend Joe Biden's inauguration — clearly not wanting to spoil his perfect record as the greatest sore-loser the world has ever known. He may have a pardon spree in his final days, including one for himself and his family and I would not put it past him to issue a mass pre-pardon for the insurrectionists who stormed the Capitol. Who knows if any of that is legal, but those questions have never stopped Trump before.

Up until his post-election tantrum and his incitement to riot last week, Trump might have been able to count on rich friends and Republican donors giving him some back-up simply because as the likely frontrunner for 2024 with a potential for a blockbuster rematch. He likely would have maintained tremendous clout within the GOP.

But he blew it and he is now not only facing legal threats, but his personal financial future is also seriously threatened.

The backlash to his actions in the past week among corporations, banks and Wall Street has been swift and severe. Aside from "Big Tech's" decision to ban Trump and remove right-wing apps that were involved in plotting violence from their platform, major firms from Coca Cola to Marriott to Morgan Stanley suspended political donations to Republican politicians who contributed to the insurrection.

Furthermore, the Trump Organization itself is going to bear the brunt of this withdrawal of support from the business community. The company was already in trouble. It was previously reported that Trump holds a tremendous amount of debt that's coming due very soon and for which he is personally liable. Had he won the election or even if he had maintained his hold on the Republican establishment and kept a slight modicum of respectability, he would probably have been able to refinance that debt fairly easily. That's no longer going to be possible. Deutsche Bank, which holds a big piece of the debt, has reportedly decided not to do business with him. Two other banks have closed his accounts and have stated they will no longer work with him. Investment banks that might have held their noses and helped him out will no longer need or want to take the risk on someone who is so publicly damaged.

Meanwhile, his company was already reeling from a resort and hotel business in deep distress from the COVID pandemic and is now suffering from a global recoil from his brand name.  New York City Mayor Bill de Blasio announced on Wednesday that the city will terminate decadeslong business contracts with Trump, costing the Trump Organization about $17 million a year in profits. Trump's hotel in D.C, which has hosted so many people from all over the world currying favors and hoping to mingle with the elite MAGA crowd, will now have a new landlord: the Biden Administration, which is highly unlikely to stonewall the congressional investigations into its corrupt contracts.

The PGA canceled the 2022 Golf Championship that was scheduled for his Bedminster golf club (which reportedly upset Trump more than anything else that's happened this past week.) No doubt his resorts all over the world will be hemorrhaging members, upscale professional types who can no longer afford to be associated with him and expect their employers to be sanguine about it. The Washington Post additionally reports that Cushman & Wakefield, the real estate brokers who handle the leasing for many of the Trump Organization properties says it will no longer do business with them. New England Patriots head coach Bill Belichick even turned down a Presidential Medal of Freedom from Trump this week.

Trump was warned by his good friend Tom Barrack after the election that he needed an "elegant" exit if he hoped to save his business, according to the Post. He refused and now he is described as "shell shocked" by what's happened. All of this leads to a very important question: If Trump cannot refinance his debt through normal channels and no one wants to bail him out otherwise, what will he do?

It was always a very dangerous risk for a man like Trump, having had access to all the nation's secrets, to leave the White House and travel the world seeking flattery and favors from foreign adversaries. After all, he did that even as president. But there were at least some restraints on the information he would share. In the near future, fresh from this disaster, deep in debt and seeking revenge, is it not at least possible that he could market some of what he knows in exchange for help from some shady state-owned banks such as Turkey's Halkbank for which he already went out on a limb? Or perhaps he could find some willing ears from VEB, the Russian state-owned bank that was involved earlier with some Trump development deals. And there are the various Middle East entities with whom he and son-in-law Jared Kushner have cultivated such close relationships. Surely they'd love to sit and have a nice long private chat with a loquacious ex-president who desperately needs cash.

As a former president, Donald Trump will be a serious national security risk no matter what. But now he has more incentives than ever to parlay what he knows into a financial windfall. There is some comfort in the reports that he was distracted and bored during intelligence briefings but it wouldn't be surprising if he paid closer attention than we think.  He knows a financial opportunity when he sees one.