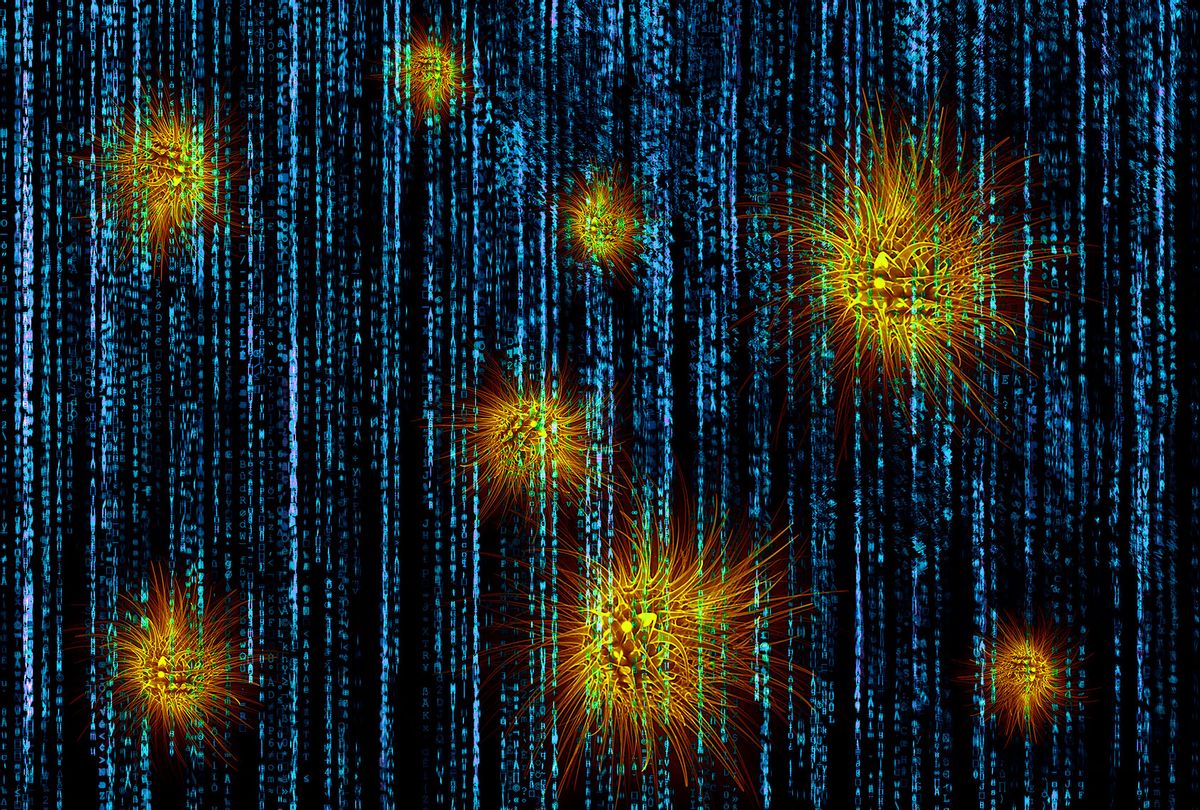 Visualize, if you will, a group of bacteria cells. They are kind of silly looking, when you get right down to it: shaped like a sphere or a pill, sometimes covered in tiny hairs or spikes. While technically alive, it is hard to imagine them as being particularly intelligent, much less capable of storing information like artificially intelligent machines such as computers.

Curiously, that's exactly what a group of researchers just did: edited DNA inside individual bacteria cells in order to store digital data.

A new paper by researchers at Columbia University reveals that they were able to modify the DNA of bacteria cells by inserting specific DNA sequences with encoded data that could be translated into the message "Hello world!" Specifically the DNA sequences were modified to represent the 0s and 1s used in binary code (the same code that is used in computers) and then assembled in various arrangements to correspond with letters of the English alphabet. The end result is that the words "hello" and "world" were written and encoded into the DNA of E. coli cells.

Just as the English alphabet has twenty-six letters that comprise it, DNA has four compounds that serve as the basis for the genetic code: adenine, cytosine, guanine and thymine. These building blocks that comprise DNA molecules can be modified to store "bits" of information. Two of the Columbia University scientists behind the new research — Ross McBee, a PhD candidate, and Sung Sun Yim, a postdoctoral fellow — explained to Salon by email that they modified the bacterial DNA code using a technology known as CRISPR/Cas9 genetic scissors (or CRISPR for short), which allows scientists to directly alter DNA. (The scientists who developed CRISPR technology won the Nobel Prize in Chemistry last year for their invention.)

"In nature, the CRISPR system basically works as a bacterial immune system, allowing bacteria to 'remember' things like viruses that they have encountered in the past and defend against them," McBee and Yim explained to Salon. "It does this by taking little bits of the DNA of those threatening organisms, and putting it into its own genome. Then, it can use these stored copies to check against, and degrades matching DNA, defending against infection." They likened this to "a kind of information storage."

Their labs and others have engineered this system to encode information within DNA or living organisms' genomes. Their recent paper expands this research to include encoding digital signals.

The authors are very excited about the possible ways this technology can be used in the future.

"At the moment, digital and biological systems exist without good ways of 'talking' with each other," they explained. "In addition to expanding the usefulness of DNA data storage, as a proof-of-concept for direct integration of arbitrary information into living cell populations, we think this work may be important for developing future hybrid digital-biological systems."

CRISPR has revolutionized biology and biotech research in the past decade, making all kinds of headlines. Last year scientists were able to successfully edit SIV (simian immunodeficiency virus), a virus similar to HIV, out of the genomes of rhesus macaque monkeys. The prospect could prove promising for future HIV cure research.