The TikTok tortilla hack the internet is flipping out about 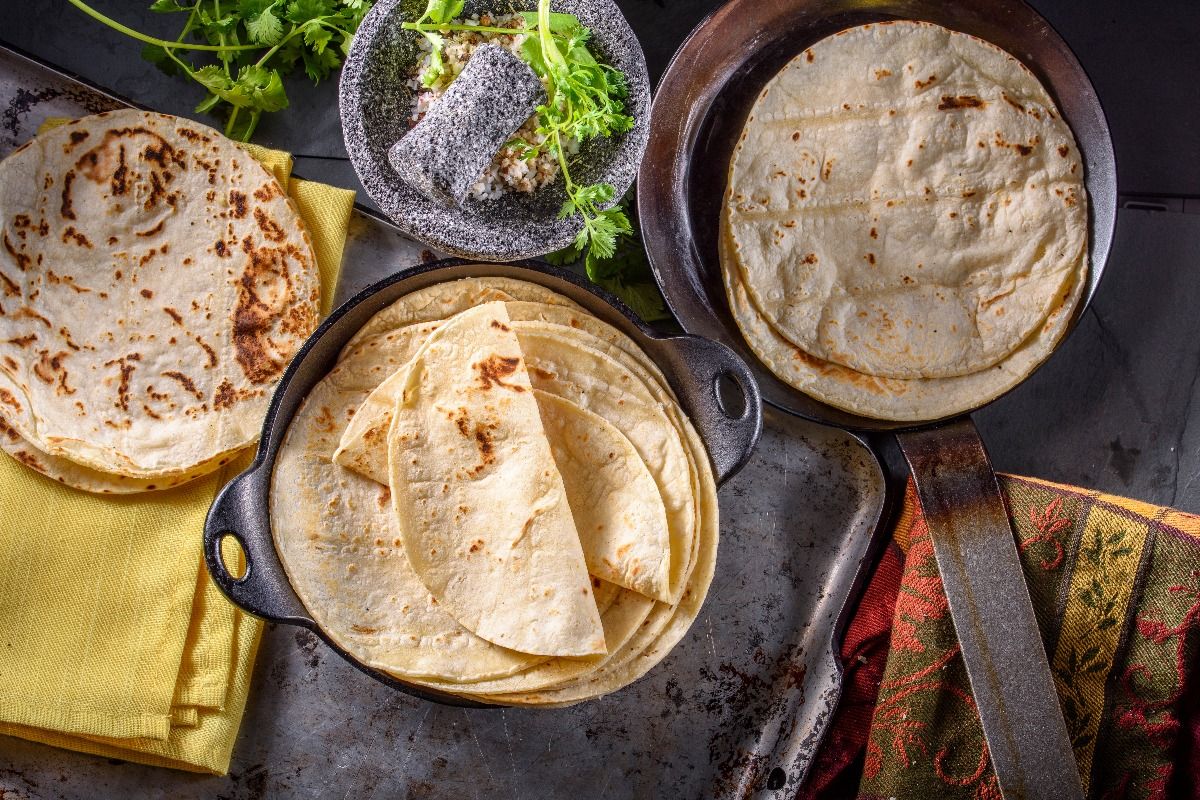 Every once in a while, the wheel is reinvented. If we're lucky, smart, or even particularly ingenious, we find new ways to do old things. These novel approaches can flip convention completely on its head, or ever so slightly tweak a well-known formula. The latter is precisely the case with a recent internet hack that's been sweeping the internet.

It all started on TikTok (duh, where else?), when, on Dec. 29, user crystalscookingfun took a flour tortilla, cut a slit along its radius, placed a single ingredient into each of the circle's quadrants, folded accordingly, and griddled the whole affair to crisp perfection in a panini press. Her folded wrap included a sliced chicken cutlet, spring mix, tomatoes, and grated cheese. (Here's the general formula.)

It wasn't until the next day, however, when TikToker ellcarter1 stuffed her spin on the original with breakfast foods (bacon, scrambled eggs and cheese) that the technique truly took off. Her video has since amassed more than 6 million views and spawned enough reproductions to populate a small country.

Plus, it solves a bevy of problems. It replaces the often tricky task of rolling a flour tortilla bulging with ingredients into a sad excuse for a burrito. It also allows you to have a bit of every ingredient in each bite, and that's a cause I can get behind. Once you master the technique, the possibilities are, quite literally, endless. Since its debut online, the trick has appeared across all corners of the internet. Online, some are going the classic route, while others are giving it the dessert treatment and subbing a crepe for the tortilla.

I asked the brilliant editors at Food52 to submit their own four-ingredient fillings. Here are a few they came up with:

These are all fabulous suggestions. I might go the caprese route and fill one with pesto, tomatoes, mozzarella, mortadella, a drizzle of olive oil. and a sprinkle of flaky sea salt. Or I might take a tip from Saltie's famous Scuttlebutt sandwich and layer spiced aioli with pickled vegetables, a smattering of feta, sliced hard-boiled egg and some ham, for good measure. The wrap is your oyster!