Incoming Budget chair vows to use reconciliation process "to protect working families, the sick and the poor" 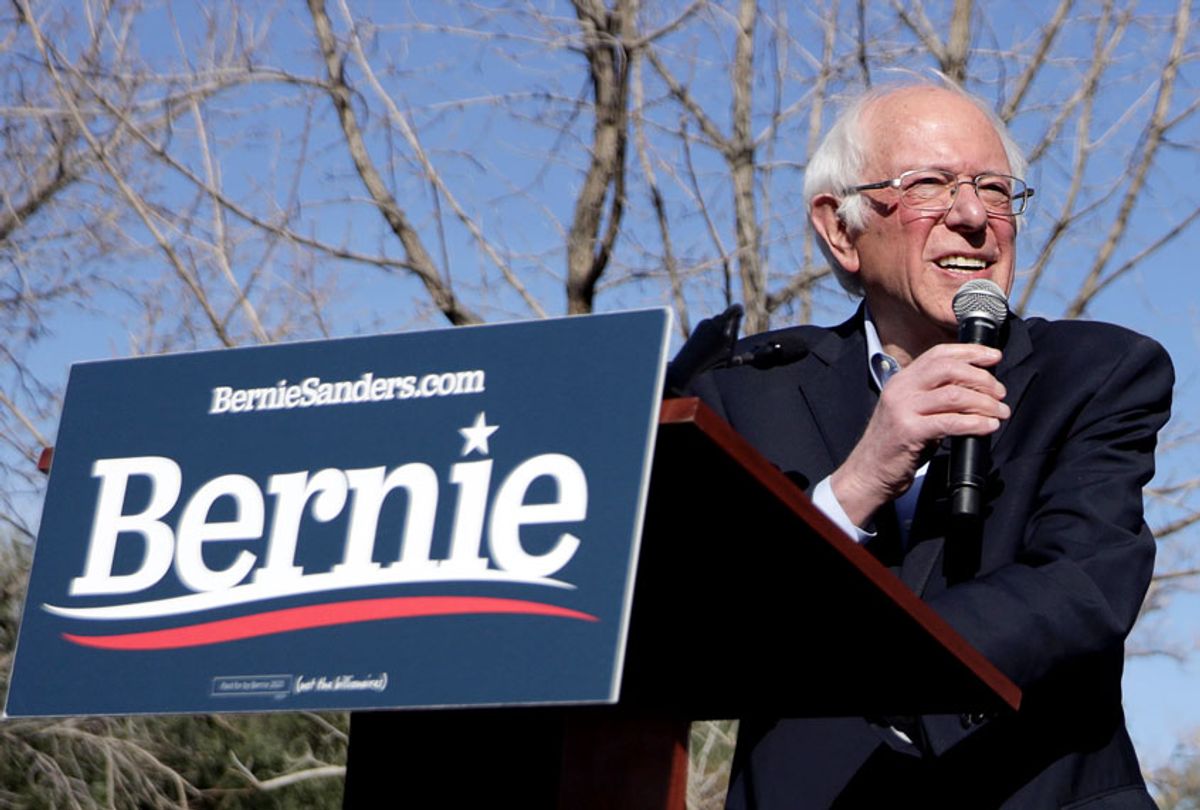 The long-held Republican nightmare that a champion of working-class people and the common good — someone who has dedicated his political career to curbing poverty and injustice while denouncing corporate greed, endless war and the cruelty of a for-profit health system that leaves millions upon millions uninsured or without affordable access to care — would assume the powerful position of chairing the Senate Budget Committee is about to become a reality.

"Time to face the harsh reality, socialist Bernie Sanders will become the chairman of the Senate Budget Committee. He has vowed to use his position to enact his progressive agenda on healthcare, climate, infrastructure spending, and cutting defense spending," Nikki Haley tweeted Saturday.

While this was meant to come from Trump's former U.S. ambassador to the United Nations as an ominous warning, Sanders' wife, Jane O'Meara Sanders, was among those who shot back with a clever and simple quip. "Yes he has," she tweeted in response.

Not that Jane Sanders was alone:

"You forgot to mention raising the minimum wage and taxing your rich friends," the organizing group People for Bernie tweeted back at Haley.

Republican fears of Sanders taking over the committee go back to at least 2016 when Congressman Paul Ryan of Wisconsin, then-Speaker of the GOP-controlled House, said ahead of that year's election: "If we lose the Senate, do you know who becomes chair of the Senate Budget Committee? A guy named Bernie Sanders. You ever heard of him?"

The GOP trepidation over such a reality is about to materialize now that Democrats have seized razor-thin majority control of the Senate. While the committee gavel has yet to be placed in his hand, Sanders and his staff have signaled in recent days that he will be ready and willing to wield it to push the incoming Biden administration — as well as Democratic leadership in the House and Senate — to enact the kind of bold, working-class friendly policies that fueled both of his presidential campaigns.

Among the chief powers that the chair of the committee will utilize is fostering legislation through the Senate using the budget reconciliation process — a procedural tool that will allow, even under current rules, legislation to pass with a simple majority.

On Sunday, Sanders posted this on social media:

"Yes, we can, and we must use budget reconciliation to increase the minimum wage to at least $15 an hour with a simple majority vote in the Senate, just like Republicans did to pass massive tax breaks to the 1%," declared Warren Gunnels, one of Sanders' most senior aides, who went out of the way to identify himself as the "Incoming Majority Staff Director" for the "Senate Budget Committee" in a tweet Friday morning.

Following the Democratic wins in Georgia that gave the party back the majority in the Senate, Sanders told Politico in an interview that he has no plans to be sheepish from his perch atop the committee.

Nina Turner, national co-chair of Sanders' 2020 campaign and now a candidate for U.S. House in her home state of Ohio, has been among those in the progressive movement championing the legislative potential of his powerful new role in the Senate:

In a tweet on Saturday evening, Sanders himself stated: "When Republicans controlled the Senate, they used the reconciliation process to provide huge tax breaks for the rich and large corporations. We're going to use reconciliation to protect working families, the sick and the poor."