Donald Trump's most enduring legacy: The right-wing has a dangerously overblown sense of entitlement

Republicans were bad before, but with Trump, they're more empowered to cheat, lie and deny reality to get their way 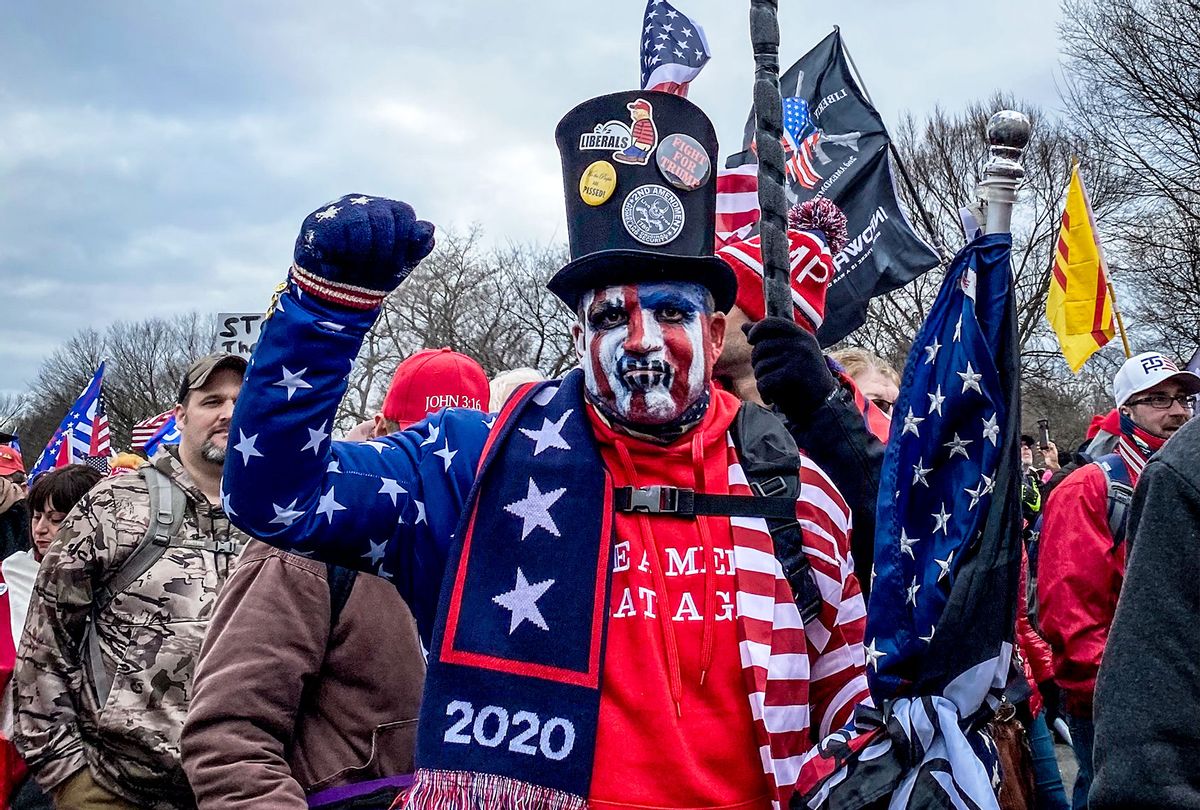 The aspect of the Capitol insurrection that continues to carry the most fascination is the way that most of the people involved seemed utterly unafraid of potential consequences, legal or otherwise. The FBI has already charged more than 100 people for their involvement in the riot, and they are, according to the Washington Post, "mostly individuals who revealed themselves as participating in the Jan. 6 riot through social media boasts". Most people committing crimes desire anonymity, but these folks acted with utter impunity, buoyed by their belief that, if an election didn't go the way they desired, they could simply demand it be thrown out, as if they were telling a waiter to send an unsatisfying dish back to the kitchen.

One woman, Jenna Ryan from Dallas, TX, has become the face of this attitude. During the storming of the Capitol, she posted a video in which she juxtaposed her calls to overturn the election with hype for her company. The Texas real-estate agent who flew in a private jet to take part in the riot continues to behave in a shockingly brazen manner, insisting during an interview that she was right to fly in a private jet to take part in a riot and asking for a pardon from Donald Trump with the confidence of a woman demanding extra ketchup for her fries at McDonald's.

The whole incident is a microcosm of what will likely be Trump's most lasting legacy after he leaves the White House in disgrace on Wednesday: The metastasizing sense of entitlement on the American right.

The "Karen" meme has, in recent months, been distorted through sexism to become a slur term replacing "nag." But in its original form, it was a useful shorthand for the entitled attitude of Trump-loving America. Karens hold the belief that everything — particularly every public space or shared resource — belongs to them and them only, and that everyone else should always accommodate their preferences. The purest expression of Karenism was the white woman who called the police on a Black family having a picnic, absolutely certain she was entitled to determine who is and is not allowed to use a public park.

Trump himself, of course, was the ultimate Karen. Nowhere was this more evident than in his behavior since November, which was guided by his stalwart belief that all he needed to do was talk to the manager and this whole "losing the election" situation would be cleared up. Trump spent months calling every state and local official he could find, blackmailing Senate Majority Leader Mitch McConnell, threatening Vice President Mike Pence, and filing dozens of lawsuits, guided by his conviction that someone, somewhere had the power to simply toss out the presidential election results and install him in office for a second term.

It was, at times, downright comical — or would have been, anyway, if Trump hadn't been training his base to more fully embrace the notion that the rules are for other people. But now his base believes that, by virtue of being white and right-wing, they are generally allowed to break any rule that they want, deny realities they find unpleasant, and even demand that other people kiss their ass no matter how nasty they behave.

To be clear, conservatism has always been an ideology of entitlement.

From the belief that rich people shouldn't have to contribute their fair share in taxes to the belief that conservatives should determine for other people such private choices as who they can marry and when to give birth: It is all entitlement. But under Trump, the right-wing's faith in their own privilege has become all-encompassing, as has their collective bitterness and anger towards anyone who dares suggest that conservative Americans show respect for others, responsibility towards their community, or even an acknowledgment of factual information.

The ridiculousness of the White House's 1776 Report is just the most recent of the often very silly examples. The whole thing started because right-wing America, under Trump's leadership, had a long and childish temper tantrum over the New York Times's 1619 Project, which chronicled the centrality of racism in American history. The 1776 Report is Trump's attempt at a counternarrative, forwarding a series of lies about the history of racism in America — basically, the American version of Holocaust denialism — repackaged as a "patriotic education."

This is a classic version of the right-wing entitlement that has exploded under Trump. History itself is viewed as the rightful property of white, conservative America. If they wish to replace actual factual history with a series of lies meant to flatter their own bigotries, then they believe that is their right.

As Matthew Rozsa detailed this weekend at Salon, psychological research shows "conservatives, not liberals, are far more apt to let their feelings to get in the way of accepting facts."

Again, this was a problem before Trump, most notoriously in the right-wing refusal to accept that climate change is real, despite there being an overwhelming amount of scientific evidence proving that it is. But the 1776 Report shows how ugly this entitlement has become, that conservatives assert that the facts of American history should simply be evacuated and replaced with their reactionary fantasies.

This attitude manifested in a more day-to-day way in the refusal of so many Trump fanatics to wear masks to prevent the spread of the coronavirus, a refusal that grew so toxic that 26 Republican-led states refused to pass mask mandates, choosing the snowflake-delicate feelings of Trumpers over the literal lives of their residents. The mask tantrum combined multiple forms of conservative entitlement: The belief that their feelings matter more than scientific facts, outrage at being asked to behave responsibly and a rejection of the idea that they owe any decency to other people.

Similarly, the Trumpian obsession with "cancel culture" is about this all-encompassing sense of right-wing entitlement.

At the heart of so many right-wing temper tantrums over being "canceled" is the idea that they should be able to say what they want, do what they want, and act like absolute jackasses without ever suffering a personal, professional, or social consequence for it. This attitude was epitomized by a September tweet from professional whiner and former New York Times writer (she left after tantruming about how others on the staff weren't accommodating enough of her repugnant personality) Bari Weiss.

It's always helpful to remember that literal life-and-death issues are just hobbies to some people pic.twitter.com/nKqMQkMdEH

Needless to say, no one is entitled to someone else's friendship, much less their "romance," and if people don't want to give you either because of your views, that is their right. But in Trump's America, having liberals decline your friendship is treated as a human rights violation. The ridiculousness of this attitude was most recently illustrated in the choice of GOP Rep. Marjorie Taylor-Greene to wear a "CENSORED" mask — while giving a speech to a national audience from the floor of the House of Representatives.

Trump is leaving office on Wednesday, but this right-wing entitlement he cultivated lives on in Republicans demanding that the entire insurrection at the Capitol be thrown down the memory hole. Republican leader after Republican leader has insisted that "healing" and "unity" can only occur if there are no consequences for those, especially Trump, who incited the riot.

This is simply more of the Trumpian entitlement. Republican politicians spent over two months supporting and elevating Trump's lies about the election. And their assumption is that the responsibility for cleaning up the mess they made should be shouldered entirely by someone else, the liberals who are expected to do the hard work of forgetting and forgiving. Responsibility is for other people, not for Republicans, even when their lack of responsibility led to a violent attempt to overthrow the government.

It's outrageous, but no surprise. This is the culmination of years of the sense of unchecked entitlement Trump encouraged on the right. It's the same attitude that leads them to believe that they should be able to spread disease and spew hate, and to squeal about "cancel culture" if they get pushback. Trump may be leaving, but his poison of right wing entitlement will continue to rot away at our national fabric, unless something is done to curtail it. And that something can only look like accountability — for Trump and everyone who enabled him over all these years.