President Joe Biden offers us reasons for hope, at last — but hope can be hazardous

New presidents too often "make us the dupes of our hopes." We need hope — but we need to face inequality head-on 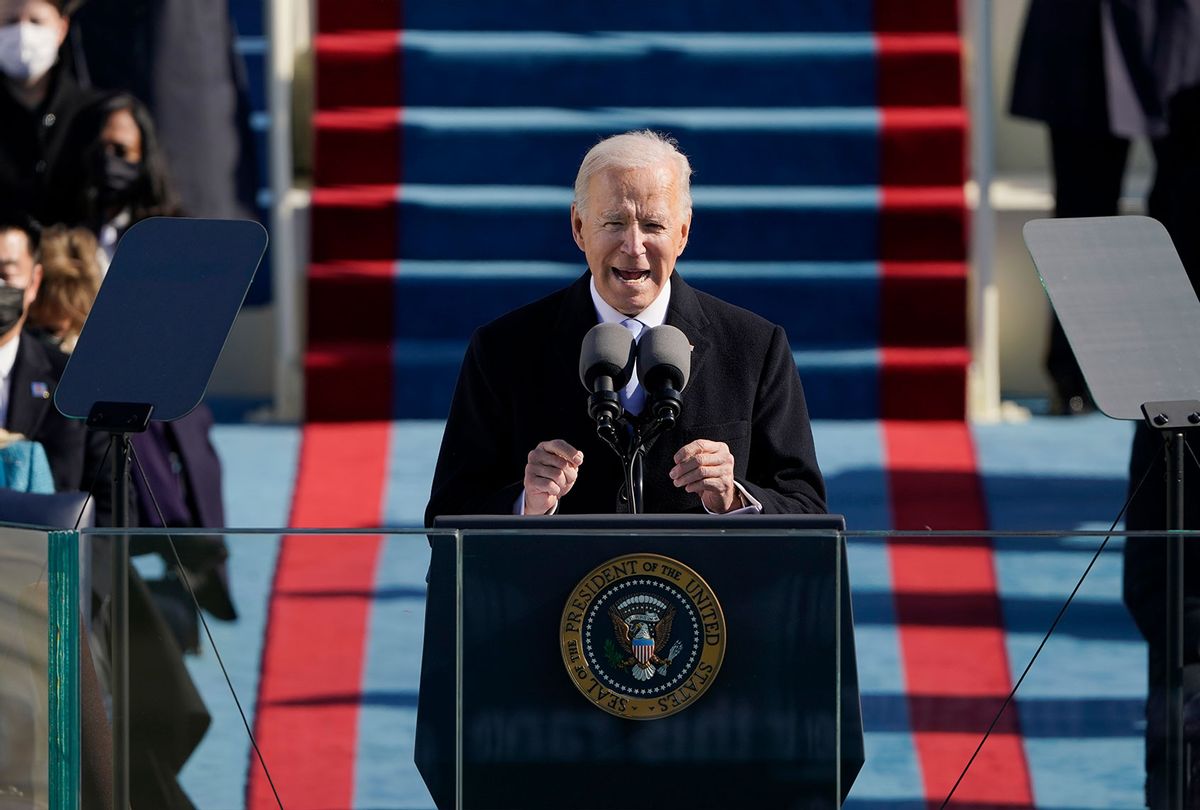 At inauguration time, journalist I.F. Stone wrote, incoming presidents "make us the dupes of our hopes." That insight is worth pondering as Joe Biden's presidency gets underway. After four years of the real-life Trump nightmare, hope is overdue — but it's hazardous.

Stone astutely warned against taking heart from the lofty words that President Richard Nixon had just deployed in his inaugural address on Jan. 20, 1969. With the Vietnam War raging, Stone pointed out: "It's easier to make war when you talk peace."

In 2021, class war is the elephant — and the donkey — in the national living room. Rhetoric aside, present-day Republican politicians are shameless warriors for wealthy privilege and undemocratic power that afflicts the non-rich. Democratic Party leaders aren't nearly as bad, but that's an extremely low bar; relatively few are truly champions of the working class, while most routinely run interference for corporate America, Wall Street and the military-industrial complex.

Rarely illuminated with clarity by corporate media, class war rages 24/7/365 in the real world. Every day and night, countless people are suffering and dying. Needlessly. From lack of social equity. From the absence of economic justice. From the greed and elite prerogatives cemented into the structures of politics and a wide range of institutions. From oligarchy that has gotten so extreme that three people in the United States (Jeff Bezos, Bill Gates and Warren Buffett) now possess more wealth than the entire bottom half of the population.

Yes, there are some encouraging signs about where the Biden presidency is headed. The intertwined economic crisis and horrific pandemic — combined with growing grassroots progressive pressure on the Democratic Party — have already caused Biden to move leftward on a range of crucial matters. The climate emergency and festering racial injustice also require responses. We have seen important steps through presidential executive orders on Biden's first day, and expect more before the end of this month.

At the same time, if past behavior is the best predictor of future behavior, we should not expect Joe Biden to be a deserter from the class war that he has helped to wage, from the top down, throughout his political career — including via NAFTA, welfare "reform," the bankruptcy bill and financial-sector deregulation.

How far Biden can be pushed in better directions will depend on how well progressives and others who want humanistic change can organize. In effect, most of mass media will encourage us merely to hope — plaintively and passively — holding onto the sort of optimism that has long been silly putty in the hands of presidents and their strategists.

Hope is a human need, and recent Democratic presidents have been whizzes at catering to it. Bill Clinton marketed himself as "the man from Hope" (the name of his first hometown). Barack Obama authored the bestseller "The Audacity of Hope" that appeared two years before he won the White House. But projecting our hopes onto carefully scripted Rorschach oratory, on Inauguration Day or any day, is usually a surrender to images over realities.

The standard Democratic Party storyline is now telling us that greatness will be in reach for the Biden administration if only Republican obstacles can be overcome. Yet what has led to so much upheaval in recent years is mostly grounded in class war. And the positive aspects of Biden's initiatives should not delude progressives into assuming that Biden is some kind of a class-war ally. For the most part, he has been the opposite.

The kind of access that progressives need most of all is access to our own capacities to realistically organize and gain power. It's a constant need — hidden in plain sight, all too often camouflaged by easier hopes.

More than inspiring hope — or of fatalism — the inauguration of President Biden should lead to skeptical realism and determination. The eloquence of Biden's well-crafted inaugural address will become a historic footnote. His clarion call to "end this uncivil war" will fade, drowned out by the continual roar of class warfare.

The best way not to become disillusioned is to not have illusions in the first place. And the best way to win economic and social justice is to keep organizing and keep pushing. What can happen during the Biden presidency is up for grabs.