Thanks to a new fossil discovery, we suddenly know a lot more about dinosaur sex

The dinosaur "butt" discovery is actually a cloaca, a cavity used for reproduction common among many vertebrates 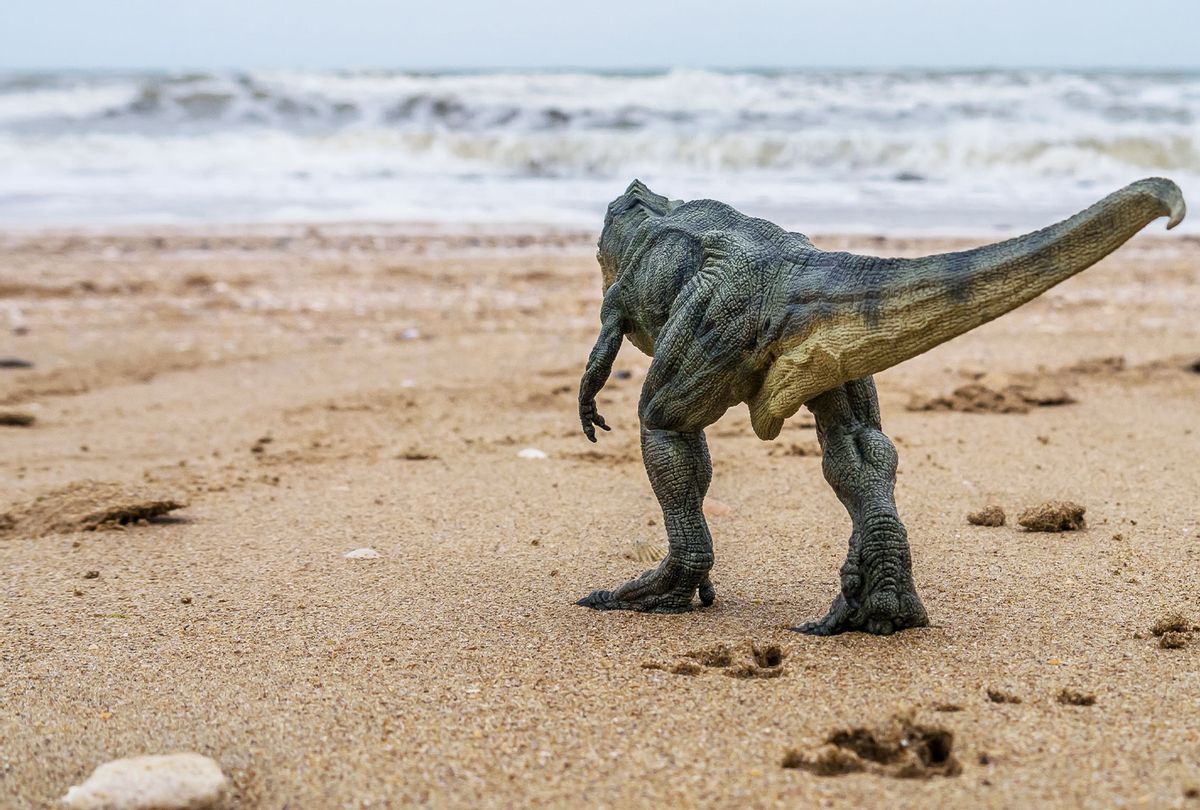 No one predicted that January 2021 would be a banner month for dinosaur news. Last week an article in the scholarly journal Cretaceous Research revealed that dinosaur bones in Argentina may have belonged to a creature so massive that it would have been the largest land animal know to have existed. Now a study published in the journal Current Biology gives us an up close look at these animals — namely, at their butts.

A team of scientists from the University of Bristol and the University of Massachusetts Amherst revealed that they had discovered and described in detail a dinosaur's cloaca — that is, a vent in the animal's posterior that would have been the dinosaur's equivalent of an anus, urethra and genitalia — based on a fossil that had distinctly preserved the skin patterns of a Psittacosaurus, a dog-sized dinosaur related to the Triceratops. Unlike bones, soft tissue does not usually preserve well over millions of years; hence, lacking any preserved organs or skin tissue, much of dinosaur anatomy and behavior has been a mystery. That makes this discovery of a cloaca a genuinely interesting clue that tells us more about dinosaur behavior, including mating.

"The cloaca is a multi-purpose opening that is used for everything that you do opposite of your mouth: peeing, pooping, having sex, laying eggs," Dr. Jakob Vinther, a paleontologist at the University of Bristol, told Salon. "Most of these animals have penises, except for some of the dinosaurs' descendants. Amongst birds you don't find penises so often. They do something else called cloacal kissing, where they basically put their cloacal openings up against each other and then they just vibrate until some sperm is released and that is absorbed by the female's cloaca. The question is, what would dinosaurs be doing?"

Until recently, paleontologists could only guess.

"One of the issues is that a lot of the bits that would be relevant to the actual reproductive systems are soft tissues that don't typically fossilize," Dr. Diane Kelly, a professor of psychological and brain sciences at the University of Massachusetts Amherst who helped co-author the paper, told Salon. She noted that there have been some exceptions, such as a raptor fossil that was found sitting on a nest in the Gobi desert.

"From that you can deduce that that particular species had brooding behavior," Kelly told Salon. When it comes to actual preserved soft tissue, however, Kelly pointed out that finding it in a condition suitable for meaningful scientific examination is "rare," and as such information about dinosaurs nether-regions has been limited.

Thanks to the scientists' study of this cloaca, however, we now know a lot more.

"Now we can actually say that this type of cloaca is not suited for cloacal kissing, that is a cloaca that is suitable for penetrative sex," Vinther told Salon. Although he said that scientists cannot determine the sex of the dinosaur they found, they noted that "the shape of the cloaca is somewhat distinct. It doesn't look like either birds or the close relatives, the crocodiles. It's got a pair of sort of swollen lips on either side that sort of flare out. They sort of join together in one direction and then they flare out towards the tail." By contrast, bird cloacas "kind of looks like a swollen zit that is ready to be popped," Vinther said, although another close relative of dinosaurs — the crocodile — also has a pair of lips around its cloaca.

"In crocodiles, when you have these swollen lips there is a pair of glands below that can release this sort of fatty substance that are full of pheromones and smell irresistible to other crocodiles," Vinther explained. "We believe that this dinosaur also had that based on its anatomy."

In addition, Vinther identified something "quite surprising and unique" in the dinosaur's cloaca — namely, the fact that it was very colorful, which suggested that they were used for visual signaling.

"That's something we don't see in crocodiles," Vinther explained. "We don't see that in many animals actually altogether. Of course there are some mammals like, for example, baboons, that have a big colorful butt or lower quarter, as they say in technical terms, which can be used for communication. But if you take, for example, birds, there are just two species of living birds that we could find that have a colorful cloaca."

Normally cloacas are not exactly headline news fodder, but both scientists told Salon that they suspected their discovery might garner attention.

"We were not surprised that there was a lot of attention," Kelly explained. "There's usually a lot of attention when it's dinosaurs. When any new dinosaur study comes out, people are usually pretty interested in and excited about it." She noted that this is compounded her because the discovery is "about naughty bits, so that's just another level of interest."

Vinther also said he had a "suspicion" the story would become popular, recalling that people had expressed interest in the subject when he had mentioned it in passing prior to the article being published. Even so, he added that "I wasn't sure whether people would pick up on it and cover it to the extent that they have. That is quite amazing."