Besides getting them high, catnip may help cats ward off pests 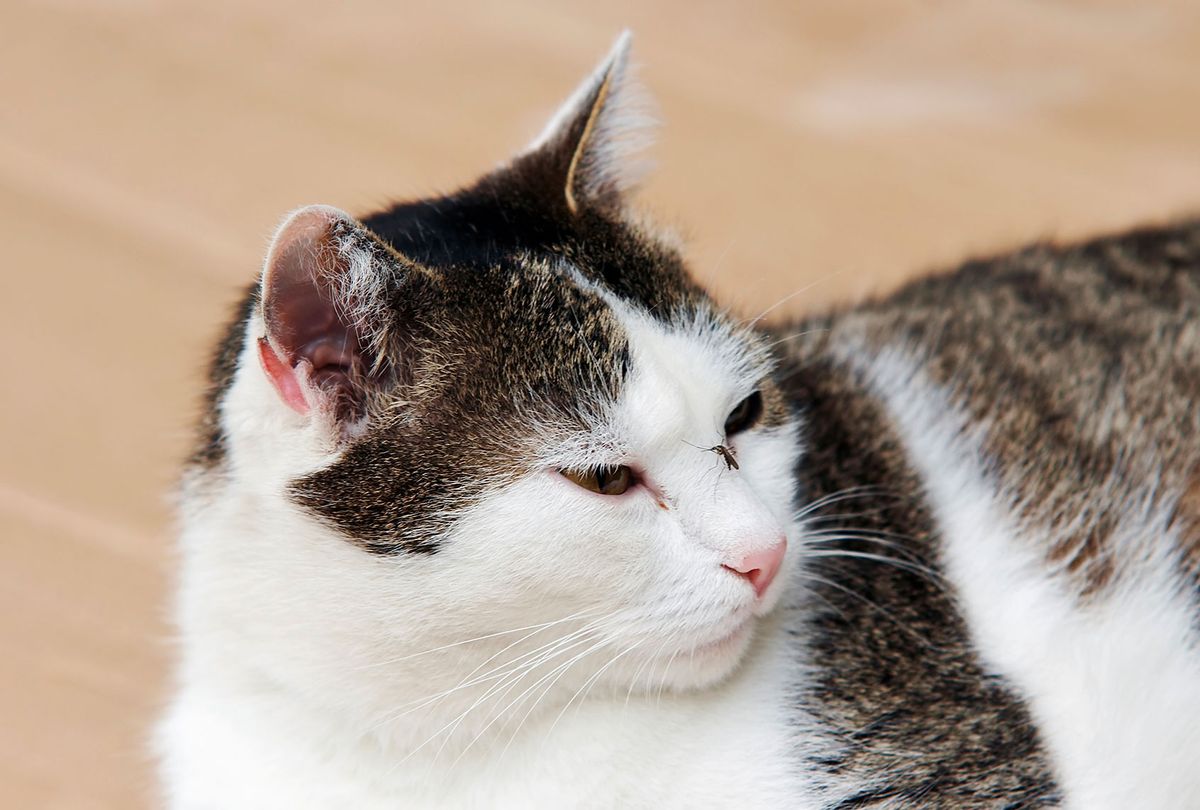 Mosquito on the nose of cat (Getty Images)
--

Like a stoner with a joint or an oenophile with a glass of wine, any cat that is susceptible to the intoxicating effects of catnip seem to be having an absolute blast getting joyfully wasted.

Yet as a new study reveals, a cat may be doing more than having a good time when he or she goes bonkers over catnip. Your feline friend may also be telling mosquitoes to take a hike.

Scientists at Iwate University, the University of Liverpool, Nagoya University and Kyoto University argue in a scholarly paper published on Wednesday in the journal Science Advances that cats may also rub their faces against catnip and another plant, silver vine, because they contain chemicals which repel the blood-sucking insects. Although catnip and silver vine are not closely related, each plant contains a type of chemical known as iridoids, which are believed to induce a high in cats. Because studies in 2006, 2011 and 2014 already reported that catnip can also keep mosquitoes away from cats, the scientists behind the paper decided to expose a group of wild and domesticated cats to an iridoid extracted from silver vine. After most of the cats reacted with the same seemingly blissful grinding that they display when exposed to catnip, scientists then took domesticated cats who had the silver vine iridoids on their heads and put them in the vicinity of hungry mosquitoes.

For the most part, cats with silver vine chemicals on their heads were left alone, while those without the iridoids were covered in mosquito bites. This caused the scientists to hypothesize that cats may have evolved to feel euphoria when exposed to the nepetalactone in catnip and the nepetalactol in silver vine because those plants will also ward off the dangerous insects.

"Face rubbing against plant sources of the repellent will help to protect the face and head of the animal, as the mouth, eyelids, ears, and nose of felines have relatively little fur and are therefore easy targets for mosquitoes," the scientists explain. "Although the rolling response following face rubbing, which exposes the belly, may look like a defenseless behavior, it enables cats to pick up repellent iridoids on other areas of their bodies."

They also speculate that, because cats did not roll around on the ground when the stimuli were placed near them in such a way that they would not come into contact with it by rolling, "rolling is a functional behavior rather than an indicator of euphoria or extreme pleasure."

"Previous studies reported that nepetalactone of catnip, but not nepetalactol of silver vine, induces the specific response including face rubbing and body rolling to cats," Dr. Masao Miyazaki of Iwate University, the corresponding author of the paper, told Salon by email. Miyazaki also pointed out that their paper is the first to "show the strong evidence that rubbing behavior rather than rolling over on the ground is a most important reaction in the feline response to the plants, which enables cats to attach nepetalactol to their body fur." In addition, their paper is the first to demonstrate that the "numbers of mosquito landing were significantly lower in cats treated [with] nepetalactol and cats that responded to silver vine than control cats."

This does not mean that the book is closed on the matter. Sarah O'Connor, a biochemist at the Max Planck Institute for Chemical Ecology in Germany, told The New York Times that there could still be other explanations for why many cats love catnip and silver vine and that scientists still need to see how cats in the wild that roll around in iridoids fare compared to those who do not. The notion that cats like these plants so they can repel mosquitoes is "compelling," O'Connor explained, but "I think it needs more evidence to prove it."

Dr. Jane L. Hurst of the University of Liverpool, another co-author of the paper, also told Salon that we cannot know for sure "how cats are impacted psychologically by either of these plants and their active chemicals." Although scientists were able to show that cats exposed to silver vine had an increase "in beta-endorphin levels associated with the u-opioid reward system, which regulates euphoric and rewarding effects in humans," that only implies that certain cats gravitate toward catnip and silver vine because they find it rewarding. "We cannot know how this impacts the cats psychologically other than that they are highly attracted to the chemicals and very readily show this response."