A test of Biden's commitment to diplomacy: Appointing Rob Malley as Iran envoy

War hawks and the pro-Israel lobby are pushing hard against Malley as envoy to Iran. That's all you need to know 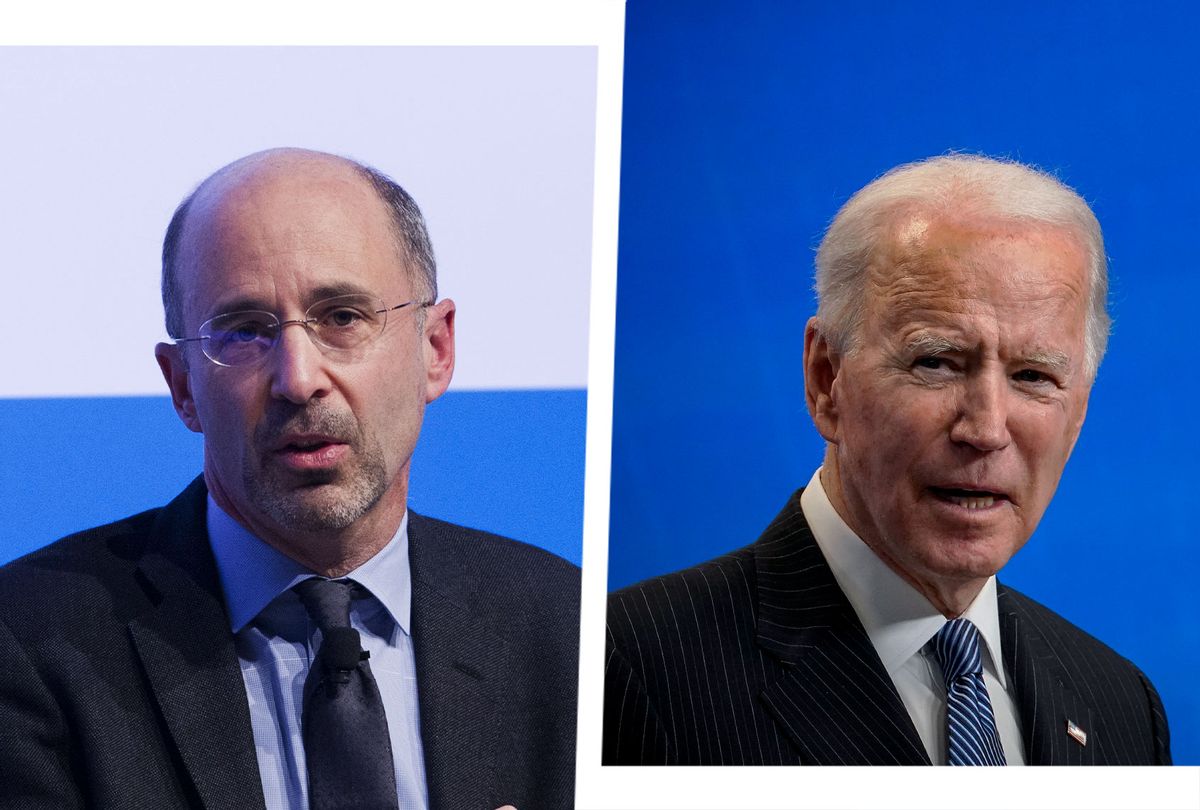 President Biden's commitment to re-entering the Iran nuclear deal — formally known as the Joint Comprehensive Plan of Action, or JCPOA — is already facing backlash from a motley crew of hawks, both domestic and foreign. Right now, opponents of re-entering the deal are centering their vitriol on one of the nation's foremost experts on both the Middle East and diplomacy: Robert Malley, who Biden might tap to be the next Iran envoy.

On Jan. 21, conservative journalist Eli Lake penned an opinion piece in Bloomberg News arguing that Biden should not appoint Malley because Malley ignores Iran's human rights abuses and "regional terror." Sen. Tom Cotton, R-Ark., retweeted Lake's piece with the heading: "Malley has a long track record of sympathy for the Iranian regime & animus towards Israel. The ayatollahs wouldn't believe their luck if he is selected." Pro regime-change Iranians such as Mariam Memarsadeghi, conservative American journalists like Breitbart's Joel Pollak, and the far-right Zionist Organization of America are opposing Malley. Benjamin Netanyahu has expressed opposition to Malley's possible appointment and Israeli Maj. Gen. Yaakov Amidror, a close adviser to the prime minister, said that if the U.S. re-enters the JCPOA, Israel may take military action against Iran. A petition opposing Malley has even started on Change.org.

What makes Malley such a threat to these opponents of talks with Iran?

Malley is the polar opposite of Trump's special representative to Iran, Elliott Abrams, whose only interest was squeezing the economy and whipping up conflict in the hopes of regime change. Malley, on the other hand, has called U.S. Middle East policy "a litany of failed enterprises" requiring "self-reflection" and is a true believer in diplomacy.

Under the Clinton and Obama administrations, Malley helped organize the 2000 Camp David summit as special assistant to Bill Clinton; acted as Obama's White House coordinator for the Middle East, North Africa, and the Gulf region; and was the lead negotiator on the White House staff for the 2015 Iran nuclear deal. When Obama left office, Malley became president of the International Crisis Group, a group formed in 1995 to prevent wars.

During the Trump years, Malley was a fierce critic of Trump's Iran policy. In an Atlantic piece he coauthored, he denounced Trump's plan to withdraw and refuted critiques about the sunset clauses in the deal not extending for more years. "The time-bound nature of some of the constraints [in the JCPOA] is not a flaw of the deal, it was a prerequisite for it," he wrote. "The real choice in 2015 was between achieving a deal that constrained the size of Iran's nuclear program for many years and ensured intrusive inspections forever, or not getting one."

He condemned Trump's maximum pressure campaign as a maximum failure, explaining that throughout Trump's presidency, "Iran's nuclear program grew, increasingly unconstrained by the JCPOA. Tehran has more accurate ballistic missiles than ever before and more of them. The regional picture grew more, not less, fraught."

While Malley's detractors accuse him of ignoring the regime's grim human rights record, national security and human rights organizations supporting Malley said in a joint letter that since Trump left the nuclear deal, "Iran's civil society is weaker and more isolated, making it harder for them to advocate for change."

Hawks have another reason for opposing Malley: his refusal to show blind support for Israel. In 2001, Malley co-wrote an article for the New York Review of Books arguing that the failure of the Israeli-Palestinian Camp David negotiations had not been the sole fault of Palestinian leader Yasir Arafat but included then-Israeli leader Ehud Barak. The U.S. pro-Israel establishment wasted no time accusing Malley of having an anti-Israel bias.

Malley has also been pilloried for meeting with members of the Palestinian political group Hamas, designated a terror organization by the U.S. In a letter to The New York Times, Malley explained that these encounters were part of his job when he was Middle East program director at the International Crisis Group, and that he was regularly asked by both American and Israeli officials to brief them on these meetings.

With the Biden administration already facing opposition from Israel about its intent to return to the JCPOA, Malley's expertise on Israel and his willingness to talk to all sides will be an asset.

Malley understands that re-entering the JCPOA must be undertaken swiftly and will not be easy. Iranian presidential elections are scheduled for June and predictions are that a hardline candidate will win, making negotiations with the U.S. increasingly difficult. He is also keenly aware that re-entering the JCPOA is not enough to calm the regional conflicts, which is why he supports a European initiative to encourage de-escalation dialogues between Iran and neighboring Gulf states. As U.S. special envoy to Iran, Malley could put Washington's weight behind such efforts.

Malley's Middle East foreign policy expertise and diplomatic skills make him the ideal candidate to reinvigorate the JCPOA and help calm regional tensions. Biden's response to the far-right uproar against Malley will be a test of his fortitude in standing up to the hawks and charting a new course for U.S. policy in the Middle East.