Scientists finally figure out why wombat feces is cube-shaped

Curiously, there are evolutionary advantages to the wombats' having cubic bowel movements 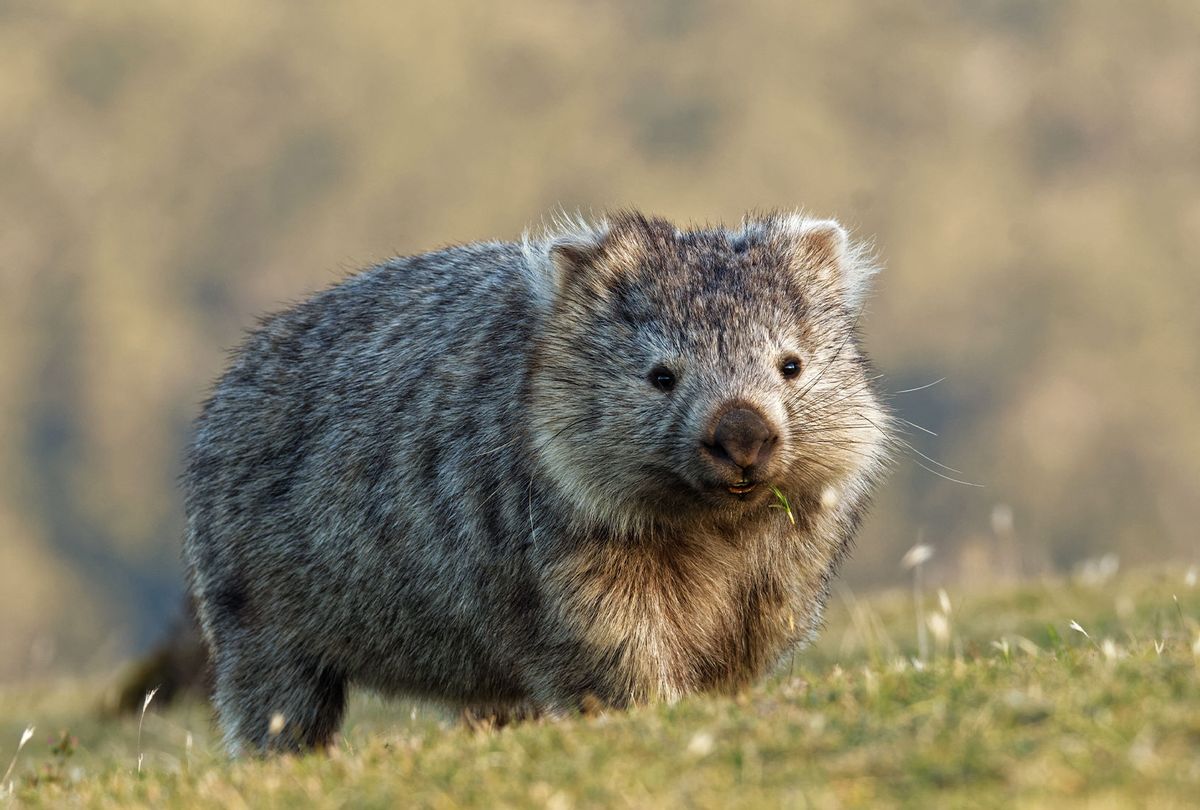 The bare-nosed wombat is famous for many things, from its adorable features to its taxonomical membership within the marsupials. Yet one lesser-known, bizarre detail about wombats is that they poop out cubes, literally. A wombat's feces is shaped like a six-sided cube, and they poop out almost 100 of the pellet-sized secretions every day, a fact that mystified scientists.

A group of scientists from the Georgia Institute of Technology, the University of Tasmania and the Taronga Conservation Society published a study earlier this month in the scientific journal Soft Matter, which explains why wombat excrement is cube-shaped. To do this, they studied the intestines and muscles of various wombats, discovering two grooves in the intestines where the flesh is more elastic and regions of the muscle and tissue that varied in stiffness and thickness. Using this information, they created a two-dimensional mathematical model that helped them better understand how these areas of the wombat's gut move as the marsupial herbivore digests its food. Their research helped them learn that the fecal cubes are formed within the last 17 percent of the wombat's intestine and that "the corners arise from faster contraction in the stiff regions and relatively slower movement in the center of the soft regions."

The scientists also have hypotheses as to why the wombats' poop has this shape.

"Wombats are drought tolerant due to the dry conditions that they live," David Hu, a biomechanics researcher at the Georgia Institute of Technology and a co-author on the study, told Salon by email. "Their feces is 60 percent water where human feces is 80 percent water. This dryness permits the square shape to be maintained, particularly the edges."

Hu also pointed out that there would be evolutionary advantages to the wombats' having cube-shaped bowel movements.

"Wombats use feces for communication," Hu explained. "They defecate on top of rocks or stumps. If the feces were round, it would roll down these objects. Thus the flat faces and edges evolved."

Hu also said that this knowledge can help (human) medicine, such as by helping detect colon cancer.

"Colon cancer is associated with stiff walls of the colon," Hu told Salon. "We could start to correlate irregularities in feces shape with the presence of cancer. Ours might be the first paper to show that intestine material properties influence feces shape."

He also speculated that their research could help with manufacturing. "We typically use sharp implements to cut cubes or use injection molding to form them by solidification," Hu said. "The wombat method involves multiple contractions of a cylinder wall with stiff and soft sections. It shows that material properties can influence shape. This might be used to mold valuable or fragile materials, maybe like stem cells or organoids."

Finally, Hu told Salon that this information can help human beings take better care of wombats that are held in captivity, since wombats who live in zoos do not produce feces as cubic as their wild counterparts.

"The closeness to a cube could be used to measure level of hydration in wombats in wild or captivity," Hu explained.