Nations that once stockpiled nuclear weapons are now stockpiling fossil fuels. Can a new treaty change that? 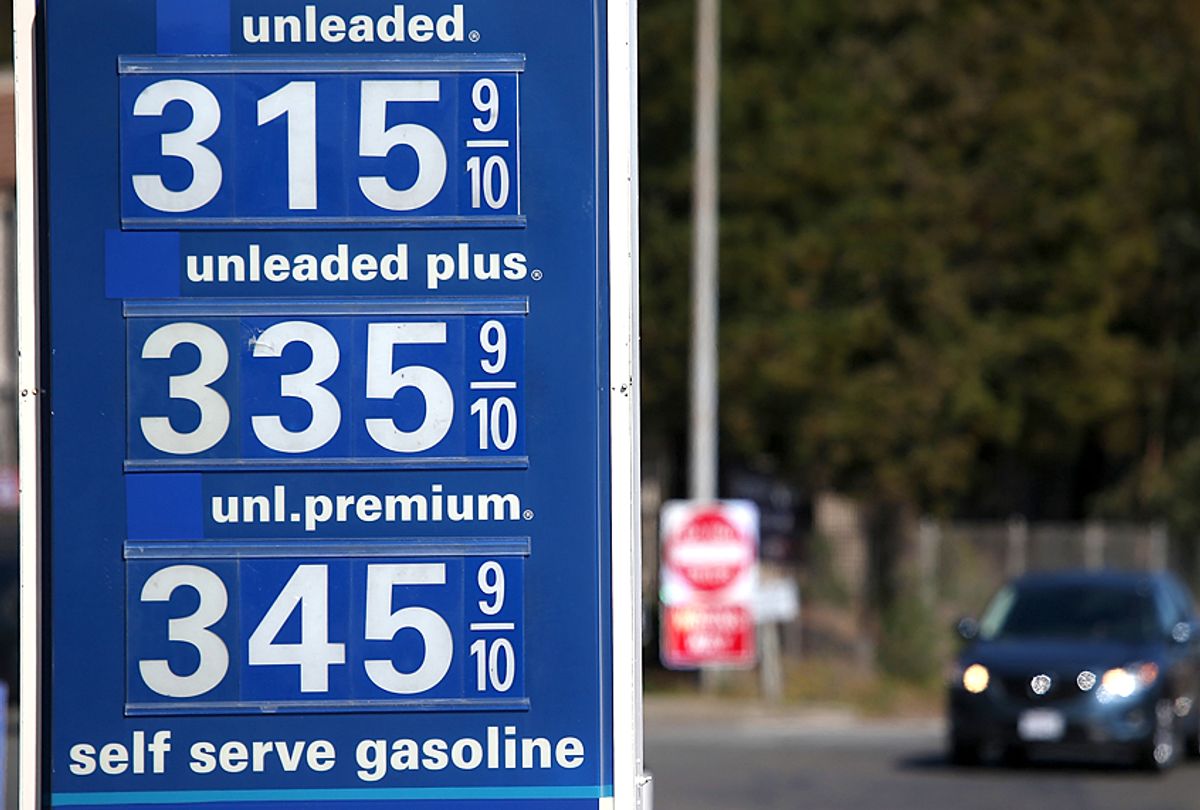 For decades, the potential for a nuclear catastrophe felt like a waking threat, just around the corner. Then, in 1968, many of the nations once responsible for pushing the world to the brink of nuclear war collectively agreed to reverse course, signing the Treaty on the Non-Proliferation of Nuclear Weapons. Member nations, including the United States and the Soviet Union, agreed to end the stockpiling of nuclear weapons and eventually move toward full disarmament. While it didn't end the threat of nuclear weapons overnight, this framework helped set in motion a new era. Today, the global arsenal of nuclear weapons is a fifth of what it was during the height of the nuclear arms race in the 1980s.

Half a century later, the nations once stockpiling nuclear weapons are now stockpiling fossil fuels, which are already upending life on earth as we know it. That's why a group of activists, policy experts, and academics are beginning to push for a Fossil Fuel Non-Proliferation Treaty, modeled off its predecessor on nuclear weapons. Both treaties are rooted in the idea that "there are certain technologies and certain substances that pose such a global risk to humanity that we have an obligation to address that risk together," explained Carroll Muffett, the president of the Center for International Environmental Law. Muffett is on the steering committee of the Fossil Fuel Non-Proliferation Treaty initiative, which officially launched last September.

In mid-December, the New York City Council held a virtual hearing to consider endorsing a resolution for a Fossil Fuel Non-Proliferation Treaty. It could become the second city in the world to do so, following Vancouver, Canada — assuming another city doesn't get there first. The Los Angeles City Council is poised to endorse the treaty, and Barcelona, Spain has also introduced a similar resolution. By adopting the treaty, cities could build momentum for a multinational agreement to wind down the dangerous production of fossil fuels — not just curbing emissions — in a similar approach to the global disarmament of nuclear weapons.

"New fossil fuel projects are coming online, even as the world already has more fossil fuels developed than it can possibly extract while staying below 1.5 degrees," said Muffett. "And so the Fossil Fuel Non-Proliferation Treaty emerged from the recognition that the world is facing a threat of truly global, historical proportion."

The treaty calls for a fossil fuel phaseout to happen in three key ways: 1) non-proliferation, where countries end the expansion and exploration of fossil fuel production; 2) global disarmament, where there's a phasing out of existing fossil fuel stockpiles, such as decommissioning old fossil fuel infrastructure and removing subsidies; and 3) a peaceful, just transition to renewable and low-carbon energy.

It is envisioned as a complement to the Paris climate accord, which commits to limiting the global average temperature rise to well below 2 degrees C (3.6 degrees F) above pre-industrial levels, and ideally below 1.5 degrees C (2.7 degrees F). The landmark agreement sets to achieve these goals largely through greenhouse gas emissions cuts, without putting the onus on countries to curb the production of fossil fuels — even though fossil fuel use is the world's primary source of carbon dioxide emissions.

"I was absolutely shocked the first time I sat down and went through the Paris accord and searched for the words 'oil,' 'gas,' 'coal,' and 'fossil fuels.' They don't exist," said Tzeporah Berman, a long-time Canadian activist who is the international program director at Stand.Earth, and also a member of the steering committee of the Fossil Fuel Non-Proliferation Treaty initiative.

This omission is discussed in the recent production gap report, a collaboration between research institutions and the U.N. Environment Program, which highlights the discrepancy between countries' climate commitments and the ongoing production of fossil fuels. Last year's report, released in December, found that in order to keep the world below 1.5 degrees C of additional warming, countries will need to decrease fossil fuel production by 6 percent every year, adding up to a 60 percent drop in production over the next decade. And even though fossil fuel production was curbed by 7 percent in 2020 because of the COVID-19 pandemic, the report warns that "countries are still planning to produce far more fossil fuels by 2030."

Berman points out that this gap isn't solely the failure of the Paris accord — many climate laws and policies consistently overlook the supply side of the equation. "I mean, look at even our climate champions — California, Canada, Norway — they're all in fossil fuel production at this moment in history," said Berman. Despite aggressive emissions goals, all of these governments continue to build new fossil fuel infrastructure, investing more deeply in the substance they have pledged to nearly eliminate from the economy.

"The theory of climate policy for 30 years since Kyoto has been that if we can reduce demand for fossil fuels and increase the price of carbon, that the markets itself will constrain production," said Bergman. "That's not happening fast enough. And the markets are distorted today by governments continuing to increase subsidies to the fossil fuel industry: billions and billions of dollars."

Most recently, the majority of energy-related stimulus spending money by G20 nations has been invested in fossil fuels, continuing to lock in dangerous levels of emissions. "As of November 2020, G20 governments had committed USD 233 billion to activities that support fossil fuel production and consumption," the production gap report states. That's compared to only $146 billion invested in renewable energy by G20 nations. By explicitly addressing the supply side of the climate crisis, the Fossil Fuel Non-Proliferation Treaty offers a way for countries to shift course.

The ultimate goal is for the treaty to become a multinational, cooperative agreement in which wealthier nations with the longest histories of fossil fuel production can be the first movers. Meena Raman, who is based in Malaysia and leads the climate program for the international advocacy organization Third World Network, notes that it's especially important for this global framework to facilitate a just transition to clean energy. "It's really about assisting developing countries to move in that direction that needs to happen, and for developed countries to stop it, phase out, and power down," said Raman.

The United States, the largest oil and gas producer in the world, is in a position to become a first mover. As President-elect Joe Biden moves to rejoin the Paris Agreement — which the United States officially left in November — he will also have an opportunity to put the country on a pathway to phasing out fossil fuels. There's a lot that the Biden administration could do to this end, Muffett said, including directing the Department of Interior to halt fossil fuel lease sales and permitting, directing the Environmental Protection Agency to develop more stringent greenhouse gas emissions rules, and reinstating the crude oil import ban.

Assuming Congress could get on board, the United States could also pass its own resolution to facilitate a national phaseout of fossil fuel production as a precursor to a multinational treaty. Until then, states and cities can play a crucial role, just as they did in passing resolutions building upon the 1968 treaty to encourage further negotiation and steps toward disarmament — a history that Muffett reminded New York City councilmembers of last month.

"In 1979, faced with the existential threat of nuclear weapons, New York City took a stand and called on the U.S. and other nations to end the escalating nuclear arms race that threatened humanity with nuclear annihilation," said Muffett. "New York has the opportunity and the urgent responsibility to show that same leadership today."