With Biden in office, can we finally get some sleep?

Trump drove millions to anxiety and insomnia. Will “Sleepy Joe” chill us out? 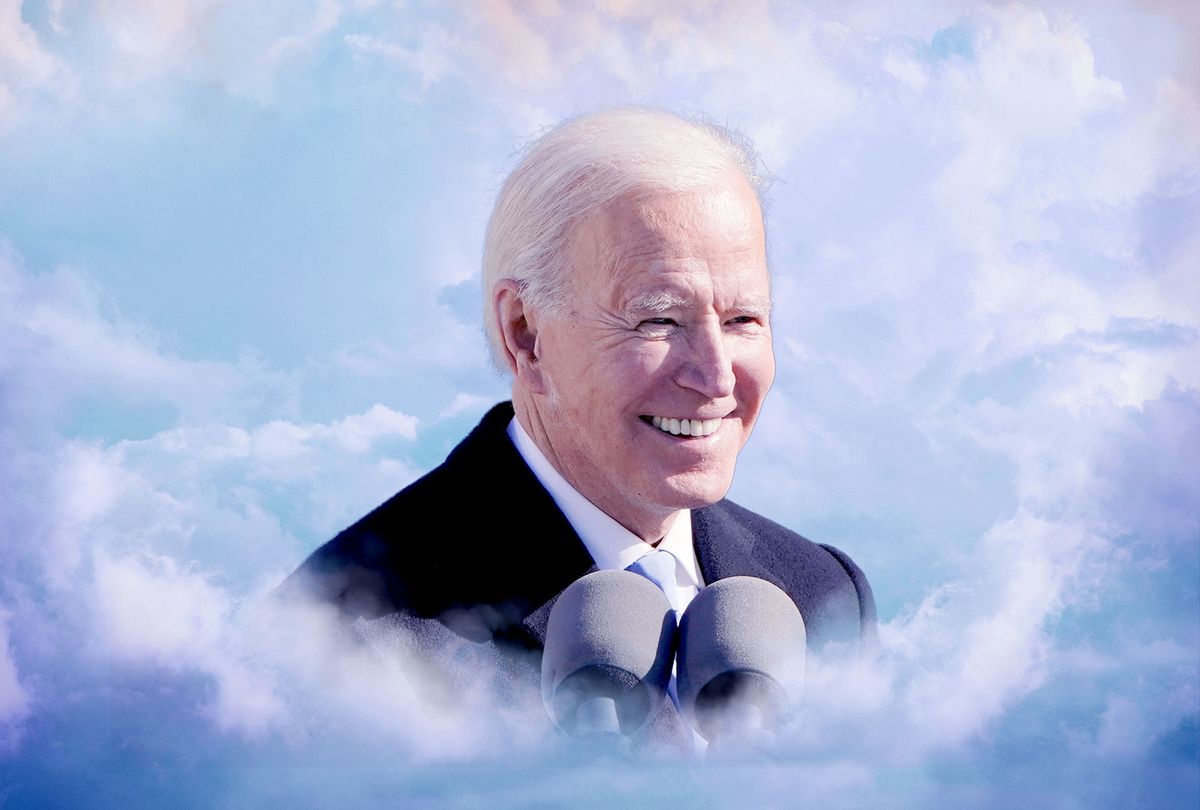 On August 20, 2020, Joe Biden delivered a speech accepting the Democratic Party's nomination for president. Those of us fearful that Donald Trump might win re-election listened with apprehension.  Would Biden have the appeal to secure the election? Could he gather the support of the progressive wing of the Democratic Party? Would he make another gaffe?

As he took the podium, my sense of anticipation ran high. And then, after listening to Biden for a mere five minutes, I was fast asleep.

It seems I wasn't alone. Eric Levitz called that speech "spectacularly adequate" and suggested that the common theme of the night was signaling that Joe Biden was "not an incompetent sociopath."

I'll admit that the fact that Biden put me to sleep that night caused me to worry whether his overtly "normal" style would prevail against Trump. But at the time I recall thinking perhaps Biden's soporific tendencies were a good thing. What would it be like to have a president in office that finally allowed us to get some sleep?

I don't mean that in some sort of oblique reference to being "woke." I mean it literally.

Let's face it. From the moment that the 2016 election results started to come in, many of us have been living in a constant state of anxiety and depression punctuated by insomnia, heavy drinking, and the occasional use of whatever other mood-altering substances we might get our hands on.

This isn't just speculation. Data shows that there was a significant increase in alcohol consumption among those who voted against Donald Trump. Drizly.com, a liquor delivery service, noted an uptick of 86 percent on election night 2016 over a regular Tuesday night, with the most significant rise being recorded in New York and Boston, both of which were anti-Trump strongholds.

That's right. Trump's winning numbers drove a lot of us to drink. Even more so than when George W. Bush won a second term. We were more freaked over Trump than the guy who started the Afghan and Iraq Wars and unleashed policies that led to the formation of ISIS. Think about that for a moment.

After the 2016 election, we weren't just drinking more. We were sleeping less.

Research led by faculty at the University of Nebraska showed a marked jump in sleeplessness after the election of Donald Trump, with one in five of those surveyed reporting lost sleep and a disturbing 4 percent, or 10 million Americans, reporting suicidal thoughts related to politics.

Prior to the 2016 election the American Psychological Association (APA) found that 52 percent of adults in the U.S. said the election was producing stress and those results crossed party lines.

But it's worse. Because the APA found that stress levels significantly rose with the 2020 elections with the average number of Americans expressing political anxiety jumping from 52 percent to 68 percent. Certain groups experienced a disproportionate surge in stress. For example, Black adults who reported election stress jumped from 46 percent in 2016 to 71 percent in 2020. So, Trump didn't just cause stress in 2016. Over time, stress levels rose considerably.

As Trump's approval ratings dropped, our collective stress levels rose. In 2020, according to the APA study, more than three-quarters of Americans (77 percent) said the future of our nation was a significant source of stress, up from 66 percent in 2019.

The increase in stress makes sense. Trump's destructive and divisive tactics continued apace for the four years he was in office but his administration was also hit with major challenges, each of which he not only failed to address, but actually made worse. Trump was a disaster magnet well before we saw the rise in climate crises, or the pandemic, or the civil rights turmoil that rocked the country during his presidency. And each time our nation faced a major crisis amid a devastating lack of leadership, our stress levels rose.

As Arthur C. Evans Jr., PhD, APA's chief executive officer puts it, 2020 was "a year unlike any other in living memory."

In other words, we started stressing out the moment the 2016 election results started coming in, and we got more stressed with each passing year.  The question is, with Trump out of the White House and Biden taking over, can we now finally get some sleep?

The short answer is that it is too soon to tell. Collective trauma on the level we have suffered as a nation doesn't just dissipate with the inauguration of new leadership able to speak in complete sentences, interested in making decisions based on facts and expertise, and committed to advancing the interests of the nation as opposed to their egos.

There's more. The constant state of alert anxiety we experienced under Trump has the potential to translate into an unproductive state of continuous scrutiny, critique and questioning. The status quo for four years was not to trust anything happening in the White House. If we aren't careful, we could continue those habits under Biden and lose just as much sleep as ever.  Four years of chronic stress may have serious health consequences, such as adrenal fatigue, a reality that doesn't just correct overnight and that can lead to poor decision-making.

The other side of the coin would be to allow the sea change in presidential competency to lure us into a state of complacency, leading us to let down our guard, so to speak, and retreat into political apathy and disengagement. Biden may offer a remarkable relief from Trump, but that doesn't mean we should give him a hall pass to do whatever he and his team wants. We need to get our sleep, but we equally need to avoid napping at the wheel.

As Noam Chomsky put it for Roots Action, "Another four years of Trump may literally lead us to the stage where the survival of organized human society is deeply imperiled. … We have to get rid of Trump, keep pressure on Biden, just as Sanders and associates have been doing."

Step one was getting rid of Trump. Step two is to productively pressure Biden. Biden might not be threatening the end of civilization, but that doesn't mean that his policies don't need progressive pushback. And, in order to be effective in that task, we need to get sleep — about 7 to9 hours of it a night.

Trump was notorious for creating pejorative nicknames for his political rivals. Most of the nicknames that he came up with for Biden didn't stick, but the one that did stick was "Sleepy Joe." Some speculate that it was Biden's tendency to ramble, or his lack of energy, or his bland normalcy that helped "Sleepy Joe" take hold.

Biden should have taken the name as a compliment. Perhaps "Sleepy Joe" is an apt moniker for a newly-elected president that enables us to get some much-needed rest. There's no small irony in the notion that our former insomnia-inducing president was right that we needed the next one to put us to sleep.