Republican Rep. Nancy Mace appears to have shifted her own account to cast doubt on the trauma of her colleague 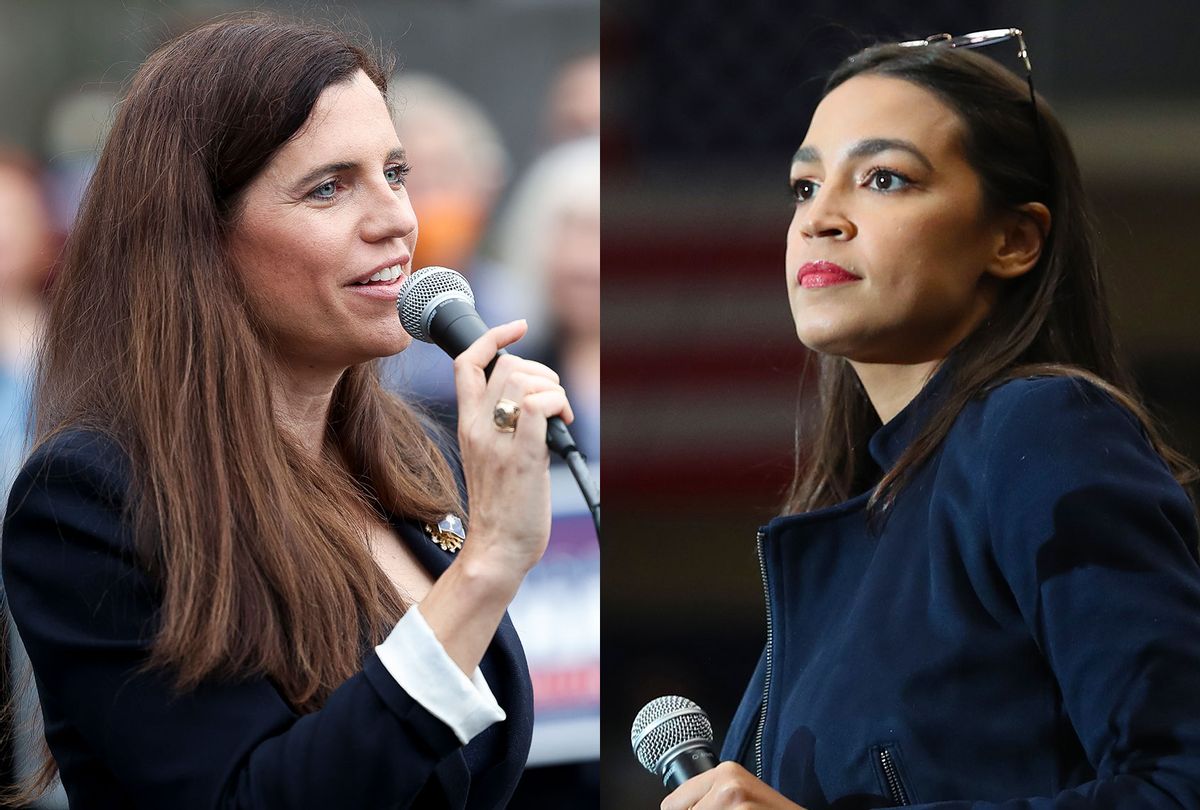 In an attempt to debunk Ocasio-Cortez's account that she feared for her life, Mace tweeted contradictory accounts of the U.S. capitol insurrection, creating a messy Twitter beef on Thursday. In an 80 minute Instagram live-stream, Ocasio-Cortez described hiding behind the door in her office bathroom as someone stormed her office.

"Where is she?" Ocasio-Cortez said she heard the person repeatedly shout.

Attempting to prove AOC's account wrong, Mace tweeted, "I'm two doors down from @aoc and no insurrectionists stormed our hallway..." Immediately following the attack on the capitol, Mace went to the media repeatedly to denounce the violence, but she now appears to be changing her tune.

Ocasio-Cortez responded to Mace's attempt to refute her by tweeting, "Wild that Nancy Mace is discrediting herself less than 1 mo in office w/ such dishonest attacks. She *went on record* saying she barricaded in fear."

On the day of the attack, Mace felt differently about the situation at hand. She tweeted, "Just evacuated my office in Cannon due to a nearby threat. Now we're seeing protesters assaulting Capitol Police. This is wrong. This is not who we are. I'm heartbroken for our nation today."

During the live stream, Ocasio-Cortez tearfully revealed she is a survivor of sexual assault and mentioned that Republican congressmen like Ted Cruz were using similar tactics of abusers to minimize and delegitimize her traumatic experience at the Capitol. She picked that point back up on Thursday, tweeting, "All I can think of w/ folks like her dishonestly claiming that survivors are exaggerating are the stories of veterans and survivors in my community who deny themselves care they need & deserve bc they internalize voices like hers saying what they went through 'wasn't bad enough'."

Even the Republicans who voted to impeach Trump on Jan. 13 are now attempting to minimize the capitol attack, urging Americans to "move on" from the perilous events that happened at the capitol on Jan. 6. Much like the radical Republican Marjorie Taylor Greene, who was stripped of her committee seats in an unprecedented Thursday vote, Mace may be trying to position herself as a rising star in the GOP.