The decline and fall of the American empire: Joe Biden's biggest challenge

America's global ambition has collapsed in chaos and failure. Changing the nation's priorities is the only answer 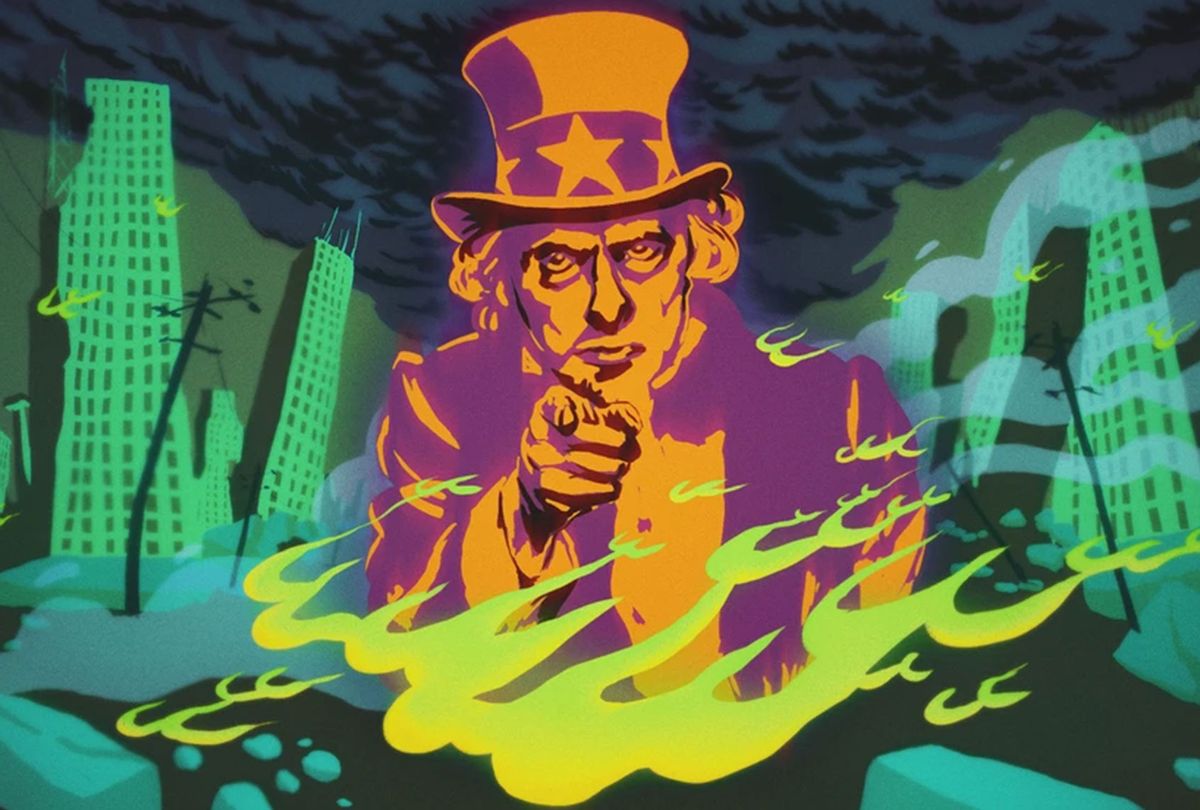 In 2004, journalist Ron Suskind quoted a Bush White House adviser, reportedly Karl Rove, as boasting, "We're an empire now, and when we act, we create our own reality." He dismissed Suskind's assumption that public policy must be rooted in "the reality-based community." "We're history's actors," the adviser told him, "and you, all of you, will be left to just study what we do."

Sixteen years later, the American wars and war crimes launched by the Bush administration have only spread chaos and violence far and wide, and this historic conjunction of criminality and failure has predictably undermined America's international power and authority. Back in the imperial heartland, the political marketing industry that Rove and his colleagues were part of has had more success dividing and ruling the hearts and minds of Americans than of Iraqis, Russians or Chinese.

The irony of the Bush administration's imperial pretensions was that America has been an empire from its very founding, and that a White House staffer's political use of the term "empire" in 2004 was not emblematic of a new and rising empire as he claimed, but of a decadent, declining empire stumbling blindly into an agonizing death spiral.

Americans were not always so ignorant of the imperial nature of their country's ambitions. George Washington described New York as "the seat of an empire," and his military campaign against British forces there as the "pathway to empire." New Yorkers eagerly embraced their state's identity as the Empire State, which is still enshrined in the Empire State Building and on New York State license plates.

The expansion of U.S. territorial sovereignty over Native American lands, the Louisiana Purchase and the annexation of northern Mexico in the Mexican-American War built an empire that far outstripped the one that George Washington built. But that imperial expansion was more controversial than most Americans realize. Fourteen out of 52 U.S. senators voted against the 1848 treaty to annex most of Mexico, without which Americans might still be visiting California, Arizona, New Mexico, Texas, Nevada, Utah and most of Colorado as exotic Mexican travel spots.

In the full flowering of the American empire after the Second World War, its leaders understood the skill and subtlety required to exercise imperial power in a post-colonial world. No country fighting for independence from the U.K. or France was going to welcome imperial invaders from America. So America's leaders developed a system of neocolonialism through which they exercised overarching imperial sovereignty over much of the world, while scrupulously avoiding terms like "empire" or "imperialism" that would undermine their post-colonial credentials.

It was left to critics like President Kwame Nkrumah of Ghana to seriously examine the imperial control that wealthy countries still exercised over nominally independent post-colonial countries like his. In his book "Neo-Colonialism: The Last Stage of Imperialism," Nkrumah condemned neocolonialism as "the worst form of imperialism." "For those who practice it," he wrote, "it means power without responsibility, and for those who suffer from it, it means exploitation without redress."

So post-World War II Americans grew up in carefully crafted ignorance of the very fact of American empire, and the myths woven to disguise it have provided fertile soil for today's political divisions and disintegration. Trump's "Make America Great Again" and Biden's promise to "restore American leadership" are both appeals to nostalgia for the fruits of American empire.

Past blame games over who "lost" China or Vietnam or Cuba have come home to roost in an argument over who lost America — and who can somehow restore its mythical former greatness or leadership. Even as America leads the world in allowing a pandemic to ravage its people and economy, neither party's leaders are ready for a more realistic debate over how to redefine and rebuild America as a post-imperial nation in today's multipolar world.

Every successful empire has expanded, ruled and exploited its far-flung territories through a combination of economic and military power. Even in the American empire's neocolonial phase, the role of the U.S. military and the CIA was to kick open doors through which American businessmen could "follow the flag" to set up shop and develop new markets.

But now U.S. militarism and America's economic interests have diverged. Apart from a few military contractors, American businesses have not followed the flag into the ruins of Iraq or America's other current war zones in any lasting way. Eighteen years after the U.S. invasion, Iraq's largest trading partner is China, while Afghanistan's is Pakistan, Somalia's is the United Arab Emirates and Libya's is the European Union.

Instead of opening doors for American big business or supporting America's diplomatic position in the world, the U.S. war machine has become a bull in the global china shop, wielding purely destructive power to destabilize countries and wreck their economies, closing doors to economic opportunity instead of opening them, diverting resources from real needs at home, and damaging America's international standing instead of enhancing it.

When President Dwight Eisenhower warned against the "unwarranted influence" of America's military-industrial complex, he was predicting precisely this kind of dangerous dichotomy between the real economic and social needs of the American people and a war machine that costs more than the next 10 militaries in the world put together but cannot win a war or vanquish a virus, let alone reconquer a lost empire.

China and the EU have become the major trading partners of most countries in the world. The United States is still a regional economic power, but even in South America, most countries now trade more with China. American militarism has accelerated these trends by squandering the nation's resources on weapons and wars, while China and the EU have invested in peaceful economic development and 21st-century infrastructure.

For example, China has built the largest high-speed rail network in the world in just 10 years (between 2008 and 2018), and Europe has been building and expanding its high-speed network since the 1990s, but high-speed rail is still only on the drawing board in America.

China has lifted 800 million people out of poverty, while America's poverty rate has barely budged in 50 years and child poverty has increased. America still has the weakest social safety net of any developed country and no universal health care system, and the inequalities of wealth and power caused by extreme neoliberalism have left half the U.S. population with little or no savings to live on in retirement or to weather any disruption in their lives.

Our leaders' insistence on siphoning off 66% of U.S. federal discretionary spending to preserve and expand a war machine that has long outlived any useful role in America's declining economic empire is a debilitating waste of resources that jeopardizes our future.

Decades ago Martin Luther King Jr. warned us that "a nation that continues year after year to spend more money on military defense than on programs of social uplift is approaching spiritual death."

As our government debates whether we can "afford" COVID relief, a Green New Deal and universal health care, we would be wise to recognize that our only hope of transforming this decadent, declining empire into a dynamic and prosperous post-imperial nation is to rapidly and profoundly shift our national priorities from irrelevant, destructive militarism to the programs of social uplift that Dr. King called for.