The rise of "vaccine nationalism": How rich nations could cost the global economy over $9 trillion 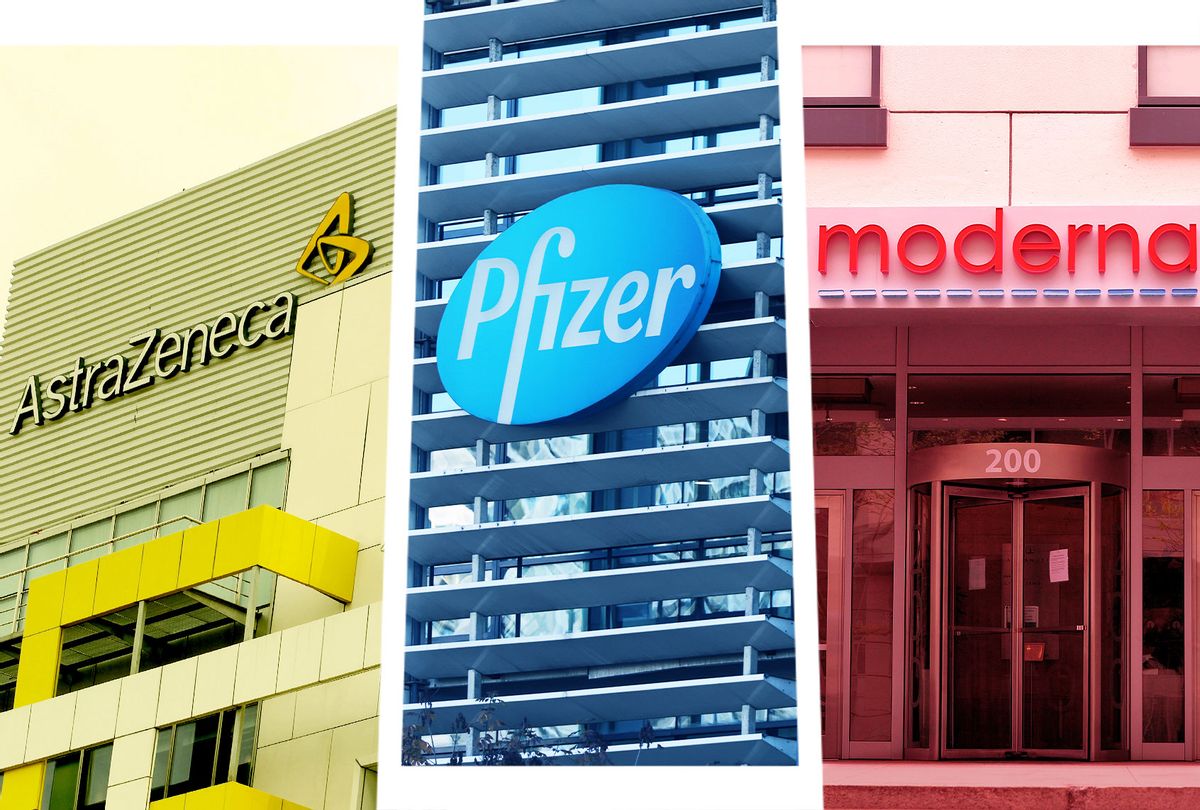 In addition to endangering the health and lives of millions of people in developing nations, coronavirus vaccine hoarding by rich countries such as the United States, Canada, and the United Kingdom also poses a significant threat to the global economy, potentially causing worldwide income losses of up to $9.2 trillion USD.

That's according to a report out Monday titled The Economic Case for Global Vaccinations (pdf), a comprehensive analysis showing the dramatic economic benefits of "funding multilateral efforts to ensure equitable access to vaccines"—and the likely massive costs of failing to do so, for both rich and poor nations.

Commissioned by the International Chamber of Commerce (ICC) Research Foundation, the 64-page report warns that given the interconnectedness of the modern global economy, wealthy countries that have the ability to adequately vaccinate their populations will still suffer major financial losses due to the pandemic "if infection continues to spread unabated in emerging markets."

"The longer we wait to provide vaccines, tests, and treatments to all countries, the faster the virus will take hold, the potential for more variants will emerge, the greater the chance today's vaccines could become ineffective, and the harder it will be for all countries to recover," Dr. Tedros Adhanom Ghebreyesus, director general of the World Health Organization, said in response to the new report.

"Truly," Tedros added, "no one is safe until everyone is safe."

Compared to the trillions of dollars in economic losses rich nations could face as a result of their "vaccine nationalism," the ICC-commissioned report estimates that the cost of facilitating sufficient production and worldwide distribution of existing coronavirus vaccines would be relatively small—around $38 billion USD.

"The new year presents us with an opportunity to correct course—to consign vaccine nationalism to the past and ensure multilateral efforts have the funding and support necessary to succeed," ICC Secretary-General John W.H. Denton AO said in a statement. "As this study shows, ensuring equitable access to Covid-19 tests, treatments, and vaccines is not only the right thing to do—to do otherwise is economically irresponsible."

In an analysis released last month, The People's Vaccine Alliance (PVA) estimated that 90% of people in nearly 70 low-income countries are unlikely to be inoculated in 2021 due to vaccine hoarding by wealthy countries, which quickly bought up much of the initial supply of doses.

Pointing to the ICC study, PVA declared in a tweet Monday that "a people's vaccine is in everyone's interests."

"Time for pharmaceutical companies and governments to step up," the coalition said.

South African President Cyril Ramaphosa issued a similar call to action during a virtual meeting of the World Economic Forum on Tuesday, declaring that "we all must act together in combating the virus."

Late last week, pharmaceutical giants Pfizer and BioNTech announced an agreement to sell up to 40 million doses of their coronavirus vaccine to COVAX, a global vaccination initiative led by the WHO and other organizations.

Niko Lusiani, senior adviser with Oxfam America, said in a statement Monday that while the deal is a step in the right direction, "it is woefully insufficient and will be barely leave a dent in our goal of ending this pandemic."

"Forty million doses will indeed be lifesaving for the 20 million people who will receive protection," said Lusiani. "But Pfizer's deal with COVAX would supply less than one half of one percent of the five billion people living in low- and middle-income countries... Meanwhile, the U.S., with only 4% of the world's population, has already called dibs on over 50% of the Pfizer's total expected supply in 2021."