Plus, the one ingredient the recipe's creator deems 100% essential 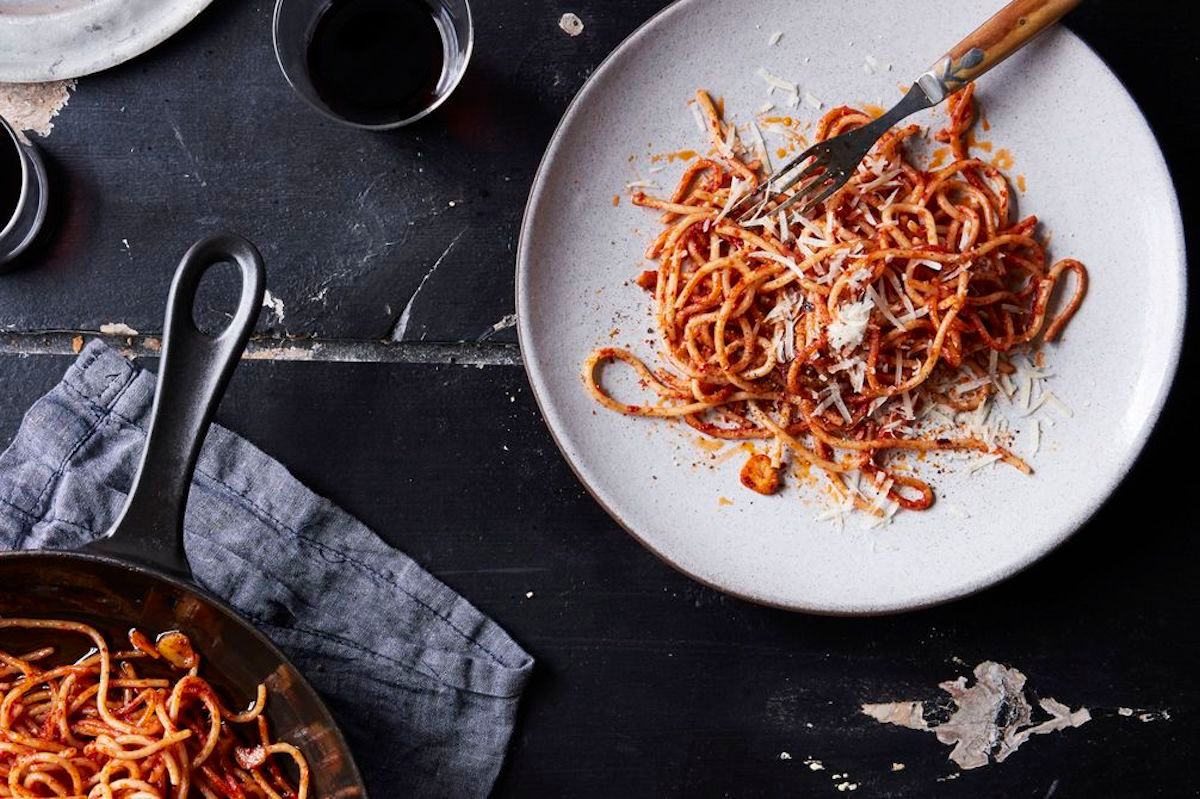 TikTok, this year's great arbiter of food trends, strikes again, launching a new recipe into the viral stratosphere. The newest installment to the pantheon of internet recipe stardom, however, took an unlikely path to arrive at its current A-list position.

It started back in 2019 — ahh, remember the halcyon days before, well, all this? — when food blogger and artist Jenni Häyrinen posted a simple, wholesome, and thoroughly appealing pasta recipe to her Instagram: uunifetapasta, or oven baked feta pasta. The dish's preparation was simple: Roast a block of feta, a smattering of cherry tomatoes, and a couple of chopped chilis on the same sheet tray. Once melty and blistered, remove, combine, and toss with freshly cooked spaghetti, or your pasta of choice. The result is a ridiculously easy and overwhelmingly flavorful pasta sauce (we know — we tried it!) that first took off in her native Finland.

"Right away, it started to go viral first on Instagram stories," Häyrinen told me via email. "The next weekend I had a 3-day #uunifetapasta live on my Instagram stories, and reposted my followers' creations. Newspapers picked up on it, and it was not long before everybody in Finland was cooking it." Häyrinen remembers the response to her recipe being so fervent that feta cheese soon became hard to source in local supermarkets. She says the original recipe video was viewed more than 2.7 million times (and for context: Finland has a population of 5.5 million).

Nearly 2 years after its inception, Häyrinen's feta pasta recipe is witnessing a TikTok revival. Accounts like @feelgoodfoodie and @grilledcheesesocial are bringing the recipe to the video platform, and garnering massive views. The recipe has taken firm hold on TikTok, with countless variations swirling across the platform. Some users add in basil, while others create vegan versions.

How does Häyrinen feel watching her recipe take off online? She's used to it! It turns out, this is what she's calling the recipe's "third wave." It peaked once more during the summer of 2019, when Mackenzie Smith @grilledcheesesocial) shared the recipe in an Instagram post. Like many internet phenomena, it's hard to trace what accounts for the recipe's sudden resurgence this time around, but Häyrinen isn't complaining. "If things go the way I think they will, the world just might run out of feta cheese. I'm super happy and excited to see where all this goes."

Amidst all the newfound excitement, Häyrinen joined TikTok. There was, she tells me, one key ingredient in the original recipe these new iterations seemed to omit: chili. "I just could not sit back anymore and watch people not add chili to it! So I posted the original viral recipe on TikTok too @liemessa."

It turns out Thursday, Feb. 4, was actually International Uunifetapasta day in Finland. Häyrinen launched the day to gather all the feta pasta-makers across the world. This year's celebration was sure to see a wave of new participants, given the recipe's newfound fame. She planned to cook the pasta on Instagram Live, and invited everyone to cook along with her using the hashtags #uunifetapasta and #bakedfetapasta. "Uunifetapasta is here to stay, and people still make it all the time in Finland."