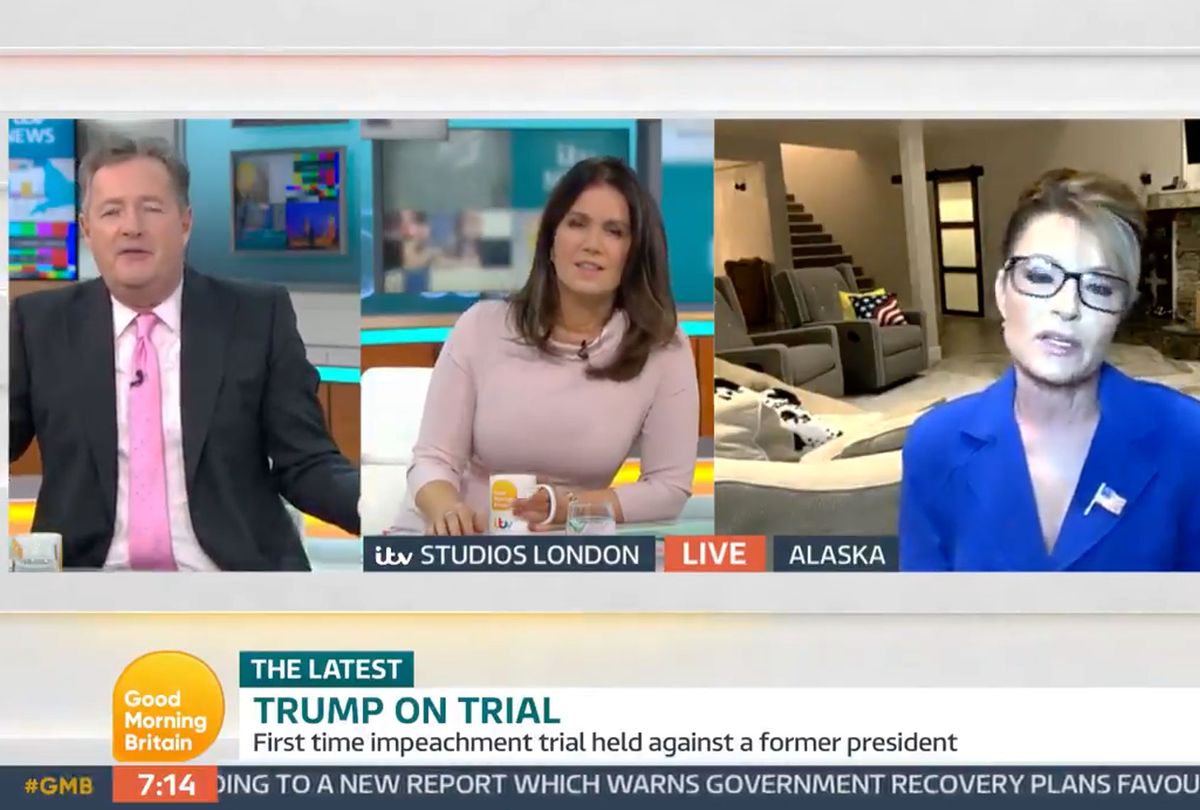 As the first day of Donald Trump's second impeachment trial kicks off, Piers pressed Palin on whether Biden won the election fairly. "Well, evidently he did, because he's sworn in as our President," Palin responded wide-eyed.

"But no one will convince me," she continued, "that there were no shenanigans going on. No one can argue the numbers."

When Morgan asked her present evidence of these "shenanigans," Palin dodged his request, asking him instead, "How many polling areas had to produce their voter rolls and they showed that there were more votes than there were voters in certain districts?"

"Where was the fraud?" Morgan pressed.

"What about all the dead people who voted?" Palin responded, in another graceless act of whataboutism.

"Sarah," the presenter said, "I say this with the utmost respect to you. You sound totally bonkers."

Morgan and Palin continued to spar over just who exactly was acting "bonkers" as Morgan's co-host chuckled off to the side. Morgan pointed out that no court has upheld any of Trump's claims of widespread election fraud. However, the former governor continued with her Conway-esque commitment to alternative facts: "You can't tell me, 'er, they didn't vote'" or 'Er, they legitimately voted from their grave!'"

"Part of the problem for the Republican Party," Morgan said, shutting her down, "is that people like you –– high level members –– are still perpetuating this utter load of nonsense that somehow there was fraud that stopped Trump winning. Trump got hammered in this election!"