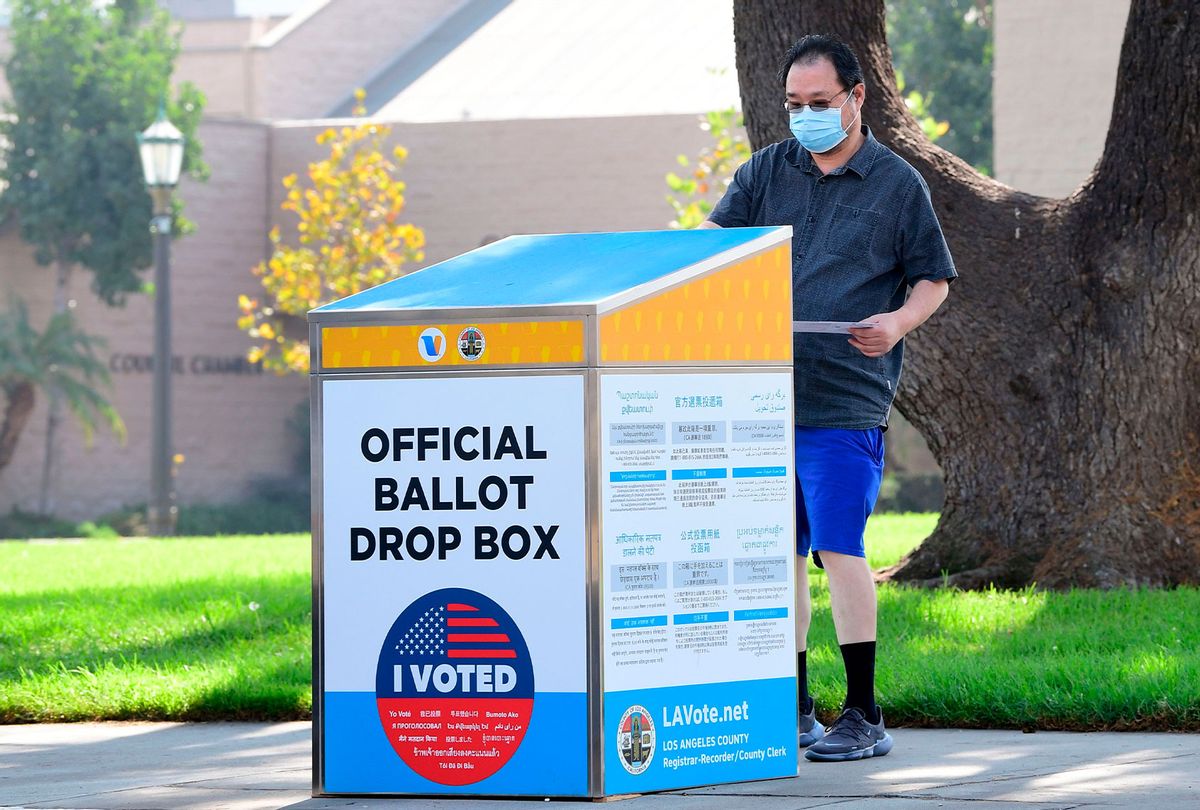 Since former President Donald Trump failed to reverse the outcome of the 2020 presidential election, Republicans in more than two dozen states have introduced over 100 bills to restrict voting access, an alarming development that voting rights advocates have pointed to as yet another reason for Democrats to abolish the filibuster, an anti-democratic tool currently allowing the GOP minority to block the enactment of a suite of popular pro-democracy reforms.

Mother Jones journalist Ari Berman on Thursday reported on the GOP's ongoing nationwide push to make voting more difficult — particularly for communities of color and other Democratic-leaning constituencies — and in some cases to empower state legislatures to overturn election results. He called state-level Republicans' efforts "a huge scandal that should be getting as much attention as Trump's plot to overturn the election."

Republicans across the country, Berman said, are "weaponizing Trump's lies" about fraud in an attempt to roll back voting rights after last year's historic turnout and expansion of mail-in ballots.

"Democrats have a clear choice," Berman continued. "They can get rid of the filibuster to pass the John Lewis Voting Rights Act and the For the People Act to stop GOP voter suppression, or they can allow the GOP to undermine democracy for the next decade."

"The stakes," Berman added, "couldn't be higher." That's because, according to an analysis conducted by the Brennan Center for Justice in late January, Republicans at the state level have introduced three times as many bills to chip away at voting rights compared to the same point last year.

"These bills," the report argues, "are an unmistakable response to the unfounded and dangerous lies about fraud that followed the 2020 election."

And this week, as CNN reported on Friday, "lawmakers in the Republican-controlled Georgia Senate added more. They include proposals that would eliminate no-excuse absentee voting for many state residents and end automatic voter registration when obtaining a driver's license."

According to Berman, the nine bills that Georgia Republicans introduced on February 1 would amount to "one of the worst voter suppression laws ever passed."

Not to be outdone, Arizona Republicans have since the start of 2021 introduced 34 bills to make voting harder, including reducing the number of polling places in Maricopa County from 100 to 15.

Georgia and Arizona are not alone; similar reactionary proposals are being pushed by Republicans in more than two dozen additional states.

"If we don't do something about voting by mail, we're going to lose the ability to elect a Republican in this country," Graham told Fox News host Sean Hannity.

The GOP has been trying to undercut efforts to expand voting access for years. "A decade ago," Berman wrote, "Republicans passed new voter ID laws and other efforts to curtail voting rights when they took power in the states following [former President] Barack Obama's election."

But now, he added, "Republicans are taking their assault on voting rights to the next level." Like the Brennan Center, Berman attributed the surge in anti-democracy legislation to Trump's failed bid to subvert the will of the people in last year's election.

According to Berman, the GOP is "trying to accomplish through legislation what Trump couldn't with litigation. All in all, these efforts amount to the most concerted attempts to roll back voting rights since the passage of the Voting Rights Act in 1965."

Meanwhile, at the federal level, Democratic lawmakers are pushing to expand ballot access.

CNN reported that "the voting bills in Congress—which Democrats have said are an early priority—would establish at least 15 days of early voting in federal elections, allow for automatic voter registration, restore voting rights to former felons, and bar states from prohibiting mail-in and curbside voting—along with a slew of other changes to election and campaign-finance laws."

As Common Dreams reported last month, Democratic leaders have said the For the People Act, a far-reaching package of democracy reforms, is a legislative priority. But GOP opposition to the bill renders passage unlikely unless lawmakers kill the filibuster.

The Brennan Center's Wendy Weiser told CNN that "you have an absolutely necessary piece of legislation to restore our democracy. The filibuster absolutely shouldn't stand in the way of accomplishing it."