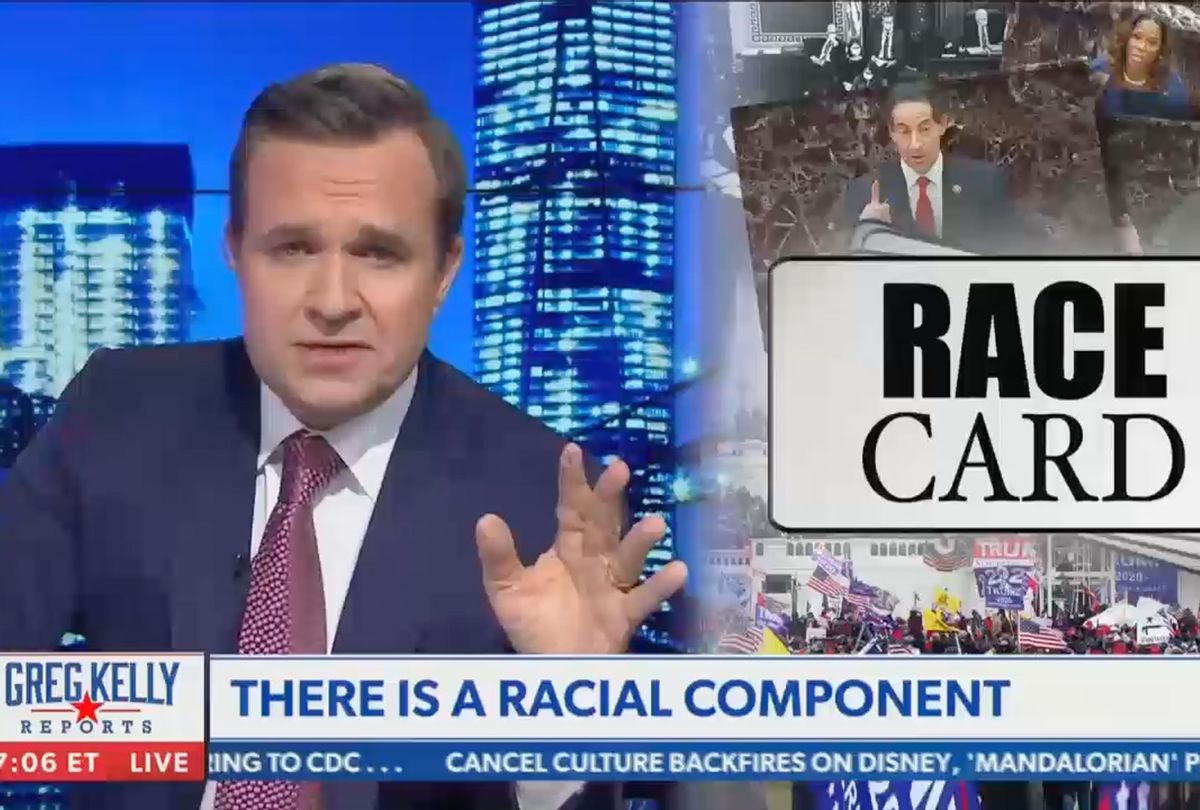 Newsmax host Greg Kelly claimed on Thursday that the push to convict Trump has a "racial component" and is ultimately fueled by anti-white sentiment.

"Did you see the video outside of Nancy Pelosi's office?" Kelly continued, "This is evidence and it should be looked into and –– and those responsible should be punished. But why so selective? Why is this like 9/11?"

Security camera footage presented by impeachment trial managers on the second day of trial showed members of House Speaker Nancy Pelosi's, D-NY, staff running into an office that they barricaded as the riot was underway. Rioters managed to breach the outer office door but did not succeed in getting past the inner one.

The Newsmax host then contrasted the media's coverage of insurrection to what he thought was the deferential treatment of the Minneapolis racial. "What about when they took over that police precinct in Minneapolis?" he asked.

"Now why is that? What's the difference?" he asked, one difference, of course, being that, while one group of demonstrators was protesting against the racism in law enforcement –– a phenomenon widely documented throughout U.S. history –– another other was raging against a non-existent case of election fraud.