Far-right extremists have the potential to mount a coordinated, low-intensity campaign of political violence 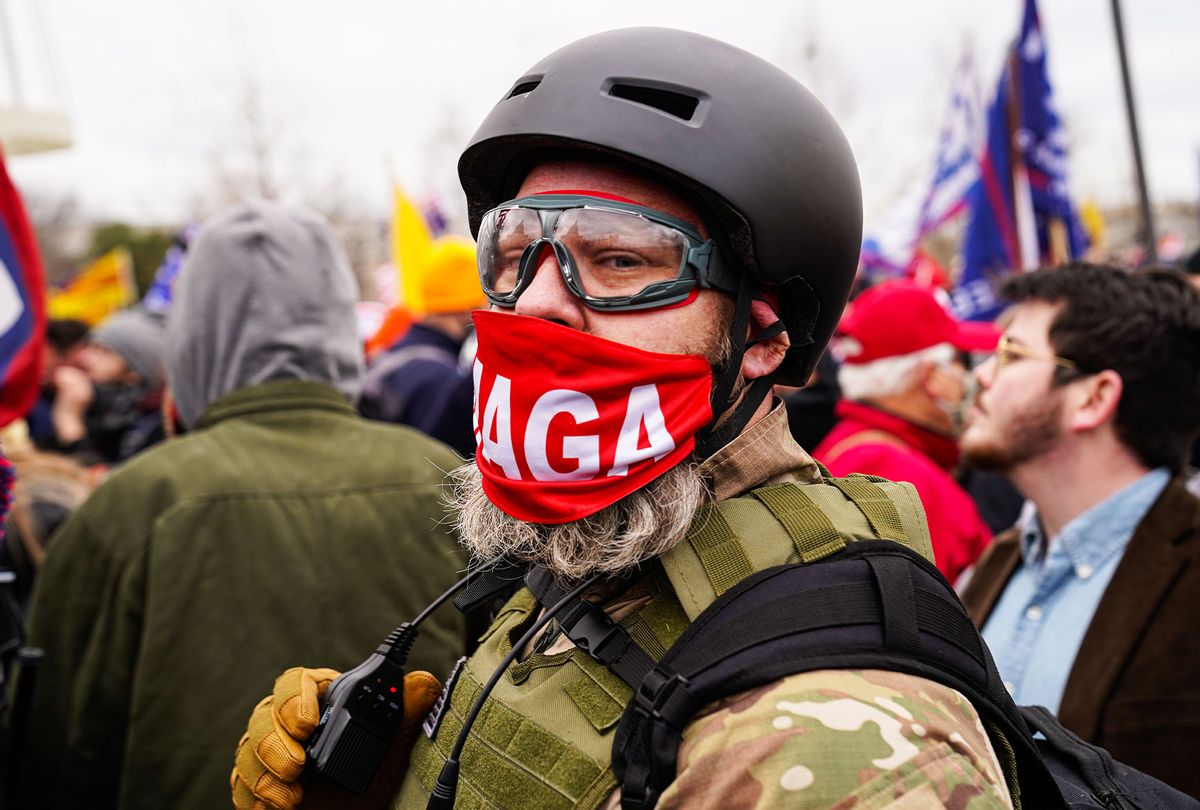 Crowds gather outside the U.S. Capitol for the "Stop the Steal" rally on January 06, 2021 in Washington, DC. Trump supporters gathered in the nation's capital today to protest the ratification of President-elect Joe Biden's Electoral College victory over President Trump in the 2020 election. (Robert Nickelsberg/Getty Images)
--

After President Joe Biden took office on Jan. 20, 2021 without any violent incidents, many in the United States and worldwide breathed a sigh of relief.

The respite may be brief. The ingredients that led an incensed pro-Trump mob to break into the Capitol and plant pipe bombs at other federal buildings on Jan. 6 remain.

Several U.S. security experts say they now consider domestic extremism a greater threat to the country than international terror. According to my research on political violence, the U.S. has all the elements that, combined, can produce a low-intensity terrorist conflict: extreme polarization and armed factions willing to break the law, in a wealthy democracy with a strong government.

Terror can thrive in affluent democracies too

Chronic domestic terror is not the same as civil war.

In the modern era, civil wars usually take place in poor countries where the government is too weak and unstable to maintain control over a sprawling, often mountainous territory. Rebels take over swaths of the country and seek to replace the authorities in those areas. This is happening in Afghanistan, India and Nigeria, to name a few places.

In the United States, one of the world's more powerful nations, armed factions have a hard time permanently seizing land. Several dramatic standoffs between fringe extremists and American authorities – including the 1993 Waco siege and the Bundy family's 41-day occupation of an Oregon wildlife refuge in 2016 – ended poorly for the extremists.

A huge asymmetry of power between the state and armed factions prevents militants from openly battling to usurp its authority, as rebel groups like the Taliban do and the American Confederates did. It forces armed groups to act underground, hiding among the general population. Because democratic states cannot, at least on paper, openly violate human rights by systematically persecuting militants or torturing prisoners, underground armed rebels can thrive in democracies.

It limits the number of operations they can sustain, meaning thinner ranks than full-fledged insurgencies and fewer overall fatalities than in civil wars. And although all rebels may dream of Che Guevara-style guerrilla adventures – heroically liberating "the people" from tyranny – in practice, militants working underground cannot avoid resorting to quintessential terrorist tactics such as bombs, shootings, bank robberies and kidnappings.

Take Italy's Red Brigades, for example. In the 1970s, this far-left organization aimed at overthrowing the capitalist system, but the Italian state was too strong. So the group resorted to terrorism. For two decades, the Red Brigades carried out a low-intensity campaign that killed perhaps 500 people, mainly with bombings and assassinations. They used violence as a strategy to raise consciousness about communism and provoke an insurrection.

In reaction to this communist violence, far-right groups like Nuclei Armati Rivoluzionari responded with indiscriminate attacks, including a no-warning 1980 train bombing in Bologna that killed 85 civilians. They sought to create a level of disruption so high that it would justify military intervention against the "enemies of the state" – a fascist coup d'etat.

Both sides lost. There was no insurrection, no intervention. Italian democracy prevailed.

The U.S, too, has experience with coordinated domestic terror.

Throughout the early 20th century, the Ku Klux Klan waged vicious campaigns against Black Americans in the South. As the tide of the civil rights movement ebbed in the late 1960s, radical Marxists like the Weather Underground and the Black Liberation Army emerged, using violence to oppose American military intervention in Vietnam and push for racial equality.

Between 1969 and 1981, these two groups – one predominately white, the other Black – conducted some 200 attacks, from bank robberies to prison breaks. Fifteen people were killed, most of them security officers.

The FBI engaged in heavy-handed repression, particularly against Black militants. And Americans had scant interest in far left-wing goals like helping the oppressed peoples of the world. Both groups dwindled without much fanfare.

U.S. history has also featured a smattering of fringe, lone wolf terrorists, from the Unabomber on the left to the Atlanta Olympics bomber Eric Rudolph on the right. This trend has recently accelerated, with a deadly new massacre each year. Individual white supremacists, in particular, have attacked immigrants and people of color, in Charleston, South Carolina, El Paso, Texas and beyond.

According to the Anti-Defamation League, which tracks hate crimes, 2019 was one of the deadliest years for "domestic extremist-related killings" since 1970, with 42 victims in 17 separate incidents.

Attacks characterized by lone wolf perpetrators have the advantage of limiting legal scrutiny on the extremist milieu. But with coordination, armed campaigns can scale up to do much more damage.

To overcome the lone wolf stage, disparate militant groups must organize around a common theme that gives coherence to their violence. Trump's electoral defeat gave his armed followers a big one: the myth of a stolen election.

The Trump presidency emboldened a cabal of armed groups with a far-right agenda. Seeing their leader out of power will only grow this feeling of frustration. So will new repression of the far right, in the form of arrests, surveillance and social media clampdowns.

With Democrats controlling Washington and elections perceived as rigged, American far-right groups may believe further violence is the only way to counter what they see as federal overreach.

If they pursue terrorism, history shows their chances of succeeding are negligible. But this won't stop them from trying.