Falsetto: The enduring love affair with the soaring male voice 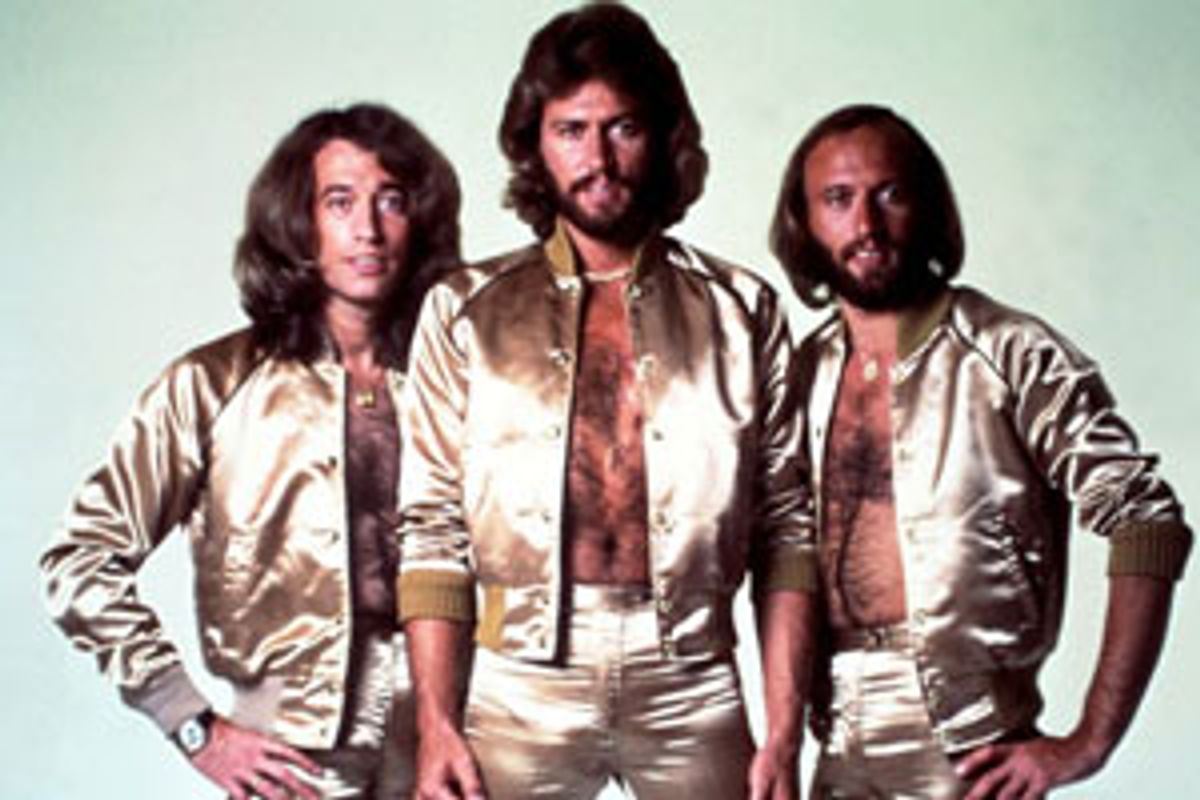 In this dreary COVID-19 winter, there are some high points — and high notes — available to people cooped up at home.

The documentary "The Bee Gees: How Can You Mend a Broken Heart," which premiered on HBO in December, explores the musical significance of the group and is interwoven with performance footage. At the Super Bowl on Feb. 7, the halftime performer will be Canada's The Weeknd.

What kind of sound do these singers share? And what on Earth do they have in common with the Monty Python comedians in sketches where they portray women?

All these artists use the falsetto voice, a specialized sound that features amazing high notes. Falsetto is associated particularly with the male voice singing in the range normally used by women and children.

Historically, perhaps most famously, beautiful high notes are often associated with opera roles originally written for a particular group of male singers known as "castrati," who were castrated. Today, opera roles originally written for castrati are sung by countertenors. These singers go beyond the higher "normal" range associated with the tenor voice while singing in falsetto.

Of course, beyond these classically based countertenor singers, the falsetto sound is heard in innumerable beloved pop singers. While standout artists have learned to develop their voices into something quite fascinating, anyone can find a falsetto sound.

HBO trailer for Bee Gees documentary, "How Can You Mend a Broken Heart."

Falsetto is an extension of our normal voices that we use every day — beyond the voices we use in all those Zoom meetings of late. The word falsetto refers to a "false" voice, so called because the voice uses only part of the vocal apparatus in our throats, rather than the full vibratory sound used in regular singing and speaking.

The normal vocal sounds we make are created by the vibrations of our vocal folds (or vocal cords). These tiny folds are controlled by an intricate system of muscles and cartilage in the throat.

The vocal folds function basically by the rate of air movement, or pressure, from the lungs. With more air pressure, the folds will vibrate more quickly and will produce a higher pitch. Less air, and the pitch will be lower. You can feel the vibrations for yourself if you say or sing "ooh," thinking of a lower pitch, while placing a hand on your throat.

But if you use only the edges of the vocal folds, without allowing the whole mechanism to vibrate, then you can achieve that high, floaty sound that is your "false" voice — your falsetto.

The falsetto sound can still be heard in various forms of classical music — a vestige of the ban on women performers in earlier centuries. The traditional English church choir includes men singing in their falsettos to provide the alto line in hymns and anthems. (The soprano line was sung by boys, not women.)

In some classical music, as in the perennial December favourite, Handel's "Messiah," a countertenor will sing the alto solos — more usually sung by a woman. Canada's Daniel Taylor is one of the best countertenors in the world.

Today's opera roles sung by countertenors were originally written for the castrati who were superstars in the 17th and 18th centuries. Castration caused a physical difference in the way these voices functioned — and in the body shape and size of the castrated men — but the resultant sound was much the same as today's countertenor sound.

You can hear an attempted re-creation of the sound of a castrato, rendered by electronically fusing the voices of a female singer and a countertenor, in the 1994 movie Farinelli, a cinematic take on the great 18th-century castrato opera singer Farinelli (born Carlo Broschi).

The only aural record of a castrato is of nine recorded selections of castrato Alessandro Moreschi, believed to be the last singer of his kind.

Some scholars have explored falsetto sounds in Black popular and "soul" music including through genre-bending musical fusion.

Falsetto is found widely in popular music styles today from from The Weeknd and Justin Timberlake. If you listened to the concert celebrating Joe Biden's presidential inauguration in the United States, you would have heard Timberlake singing "Better Days" with Ant Clemons. Timberlake's naturally high voice works seamlessly into an effective falsetto sound.

Justin Timberlake with Ant Clemons. Listen for Timberlake's regular voice at about 3:40, then hear him switch into falsetto at 4:00.

Is there a female falsetto voice? Yes! The process for making the sound is the same as in men. But because women's voices are already higher, it's harder to hear a different quality. You can hear it some singers, including Christina Aguilera.

Christina Aguilera sometimes sings in falsetto. Her voice changes at about the one minute mark in this song from "Mulan."

However, the allure of the falsetto voice remains more compelling in men than in women. Perhaps it is the attraction of the natural lower male voice contrasted with the high notes: maybe we are waiting for a crack or admiring the physical effort. Or perhaps we simply enjoy the floating beauty of the sound of high notes.

Whatever the reason, male high notes and the falsetto voice remain fascinating.